Elise van Iterson is an illustrator who works for various Dutch magazines and newspapers such as Vrij Nederland, ELLE Eten, Trouw and Hollands Maandblad. Besides that, she is employed as a chef in restaurant Bureau in Amsterdam. Elise illustrates children's books, collections of short stories as well as essays. She made a culinary anniversary calendar, as well as posters and logos for restaurants. 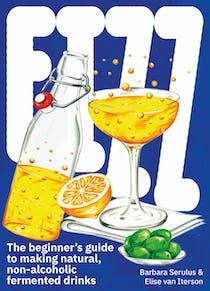