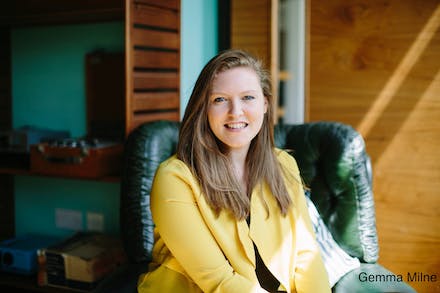 GEMMA MILNE is a Scottish science and technology writer and podcaster, whose works has been published or broadcast by the BBC, the Guardian, CNBC, Offscreen Magazine, Quartz and others. She is also the Deep Tech and Science Startup Contributor for Forbes Europe. Gemma is the co-founder of Science: Disrupt - a media outlet covering advances in science startups, research process and industries such as space, energy, health and advanced computing. She works with the World Economic Forum as one of their Global Shapers, and is also a scientific advisor to the European Commission, helping them decide which scientific innovations should be funded with government money. She is also a Venture Scout for Venture Capital firm Backed VC. She is on the Innovation Juries for SXSW and the International Academy of Digital Arts and Sciences and has delivered keynote addresses at SXSW, TEDx, WPP Stream, Cannes Lions and Dubai Lynx on many different science and technology topics. She has won many awards in the technology, science and startup space including Best Startup Founder at the FDM Everywoman in Technology awards 2018, and Best Future Leader at the Tech Leader Awards from Information Age in 2017 and was a Finalist in the IPSE Freelancer of the Year awards. 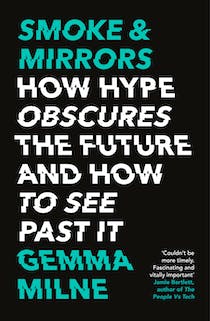 Smoke & Mirrors: How Hype Obscures the Future and How to See Past It