Ginger McCain - real name Donald - was born in 1930 and began his career as a trainer in 1952, with a small stable behind a second-hand car showroom in Southport. He trained the legendary Red Rum to three Grand National victories in '73, '74 and '77 and to two runner-up places. Red Rum died in 1995 but nine years later, Amberleigh House gave Ginger a record-equalling fourth National win. He now operates from a stable complex in Cholmondeley, Cheshire. 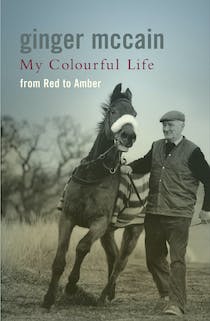 My Colourful Life: From Red to Amber