A Fish Supper and a Chippy Smile: Love, Hardship and Laughter in a South East London Fish-and-Chip Shop

The true story of a 1950s south east London community united by the local chippy and the woman at the heart of it all, 'Hooray' Hilda Kemp.

'Oi, Hilda, the sign outside says you're frying today but I ain't seeing nothing done in ere!'
The voice cut through my daydream, startling me into remembering where I was: standing in the fish-and-chip shop I worked in. We opened for business at 5 p.m. and already there was a queue of hungry customers on the cobbled street of London's East End.

In 1950s and 60s Bermondsey, the fish-and-chip shop was at the centre of the community. And at the heart of the chippy itself was 'Hooray' Hilda Kemp, a spirited matriarch who dispensed fish suppers and an abundance of sympathy to a now-vanished world of East Enders.

For 'Hooray' Hilda knew all to well what it was like to feel real, aching hunger. Growing up in the slums of 1920s south-east London, the daughter of a violent alcoholic who drank away his wages rather than put food on the table, she could spot when a customer was in need and would sneak them an extra big portion of chips, on the house.

As Hilda works in the chippy six days a week - cutting the potatoes and frying the fish, yesterday's rag becoming today's dinner plate - she hears all the gossip from the close-knit community. There are rumours that the gang wars are hotting up: the Richardsons and the Krays are playing out their fights across south-east London. And the industrial strike is carrying on for a painfully long time for the mothers with many mouths to feed.

At home, Hilda's children are latchkey kids, letting themselves in from school and helping themselves to whatever is in the larder until she gets in from her long, hard day at work. Despite tragedy striking her family, Hilda never complained of the loss of her daughter at a tragically young age, nor the tough upbringing she narrowly escaped.

With a cast of colourful characters - dirty ragamuffins, struggling housewives, rough-diamond gang members - 'Hooray' Hilda's story is one of grit, romance, nostalgia and British endurance. Told to her granddaughter Cathryn, this memoir is the uplifting sequel to 'WE AIN'T GOT NO DRINK, PA' and is a testament to a woman who lived life to the full, who enjoyed laughter and loved fiercely - even though her heart was broken many times over. 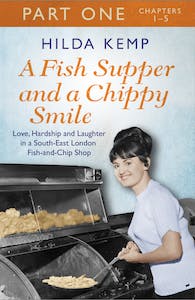 A Fish Supper and a Chippy Smile: Part 1 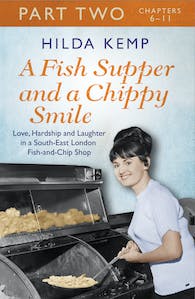 A Fish Supper and a Chippy Smile: Part 2 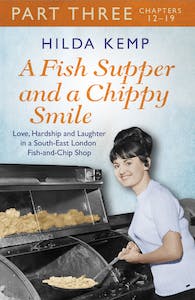 A Fish Supper and a Chippy Smile: Part 3 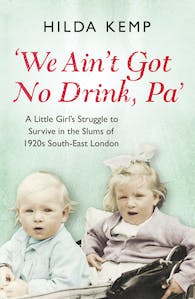 'We Ain't Got No Drink, Pa': A Little Girl's Struggle to Survive in the Slums of 1920s South East London 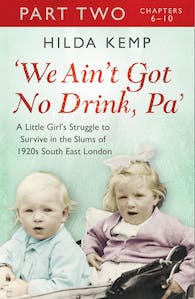 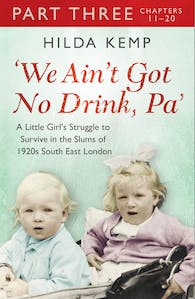 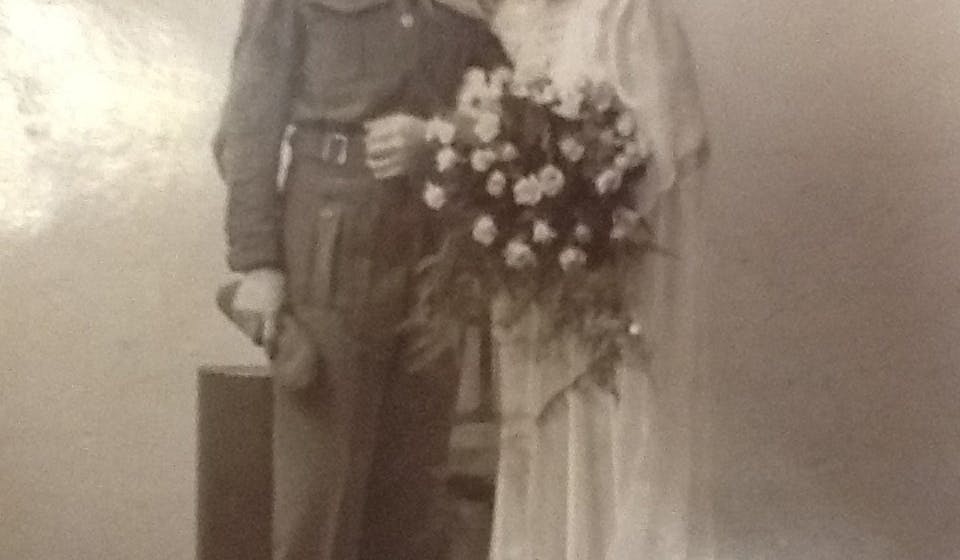 'Hooray' Hilda Kemp was born in 1922 and worked in a fish-and-chip shop in South London in the 1950s and 60s. Before she died (in her 80s) she told her life story to her granddaughter, the journalist and author Cathryn Kemp. She was a larger-than-life character who, despite her difficult life, was known for her indomitable good humour and her tough spirit throughout her hardships.