Jason M Hadden is a family law barrister, broadcaster and writer. Jason was a solicitor from 1997 until 2011 when he became a barrister. He was the radio lawyer on LBC in London. He has written extensively for magazines and newspapers on law. Jason was awarded the MBE for his work within the law in 2012.

Rhiannon Davies was called to the Bar in 2001 and has over 10 years, experience in family law. She regularly provides training and has published a number of articles within the field. She was appointed a Deputy District Judge in 2010. 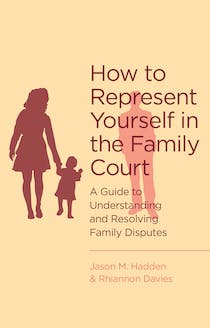 How To Represent Yourself in the Family Court: A guide to understanding and resolving family disputes