Matt Potter is an author, journalist, broadcaster and editor whose work has taken him from Sony awards and the BBC to the Daily Telegraph, and from Afghanistan to the stage of Madison Square Garden. His 2011 book Outlaws Inc has been published in 4 different languages and more than 17 countries, and won praise from places as diverse as The Literary Review, BBC5Live, the Washington Post, Bizarre magazine and Fox News. He has also written numerous books for the BBC. For almost two decades, he has ghostwritten for world leaders, Hollywood actors, CEOs and rock stars.
Since 1987, he has also written parting shots on demand - as far as he knows, he is the world's only resignation ventriloquist. This book is the fruit of a professional journey and a private obsession. 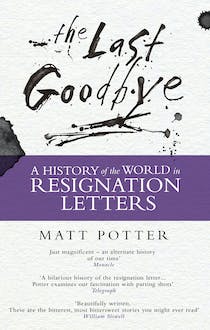 F**k You And Goodbye