Max Fisher is an international reporter and columnist for The New York Times. He has reported from five continents on conflict, diplomacy, social change and other topics.

He writes The Interpreter, a column exploring the ideas and context behind major world events. A weekly newsletter of the same name features original reporting and insights. He is based in New York.

Before joining The Times in 2016, he launched several web-based projects aimed at expanding the audience for foreign news. This included, in 2011, an international news vertical for The Atlantic magazine; in 2012, the Washington Post's foreign news blog, WorldViews; and, in 2014, as one of the founding editors of Vox.com. 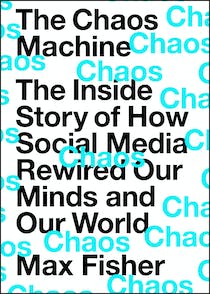 The Chaos Machine: The Inside Story of How Social Media Rewired Our Minds and Our World