Read 'Believe in Your Own Magic' from Be the Love

Read Chapter 1 of Be the Love, the self-love guide from bestselling author of Dear Universe.

BELIEVE IN YOUR OWN MAGIC

Close your eyes, breathe in deeply, exhale, and then say this affirmation: I am worthy.

You might feel a little silly doing this at first. You might also notice resistance and doubt rush to the forefront of your mind, but the key point is to stick with it and witness how you feel in your heart. Over time, you will experience benefits such as boosted confidence and inner balance. Affirmations are one of the most powerful ways for you to believe in your own magic and manage feelings of self-worth. I often wonder when the exact moment was that I didn’t feel good enough about myself for the very first time. I imagine there had to be a precise and finite event when I made the firm decision to question my value. My mother often quotes something I said when my little sister was born in 1983: “Wasn’t I good enough for you, Mummy?”

My mother would often tell me that I was “overly emotional” and would experience the highest of highs and the lowest of lows. She was right. As a deeply empathetic child, I was toying with and internalizing the idea of worth before I truly even knew what it meant. Initially, I desperately wanted my mother to return Baby Henrietta to the hospital. I’d had three years and three months being the center of attention, and now this new-and-improved addition to our family orbit was stealing my spotlight. Of course, during our childhoods, we were the best of friends, with a healthy amount of sibling rivalry. This is probably a very familiar story for many of you, depending on the order you were born in your family.

The best thing about being raised by my parents was that there was always a lot of laughter, love, music, and art in our household. My parents were (and still are) highly creative and artistic, so they embodied the truest essence of creativity and entrepreneurialism even in the worst of times. I grew up in galleries and studios in Australia and New Zealand. At my father’s watercolor exhibitions, my sister and I would be wearing cute matching dresses and were instructed to be on our best behavior, especially in front of the wealthy patrons. I would only speak when spoken to, and it was expected of me to always be polite to the customers— which was tough when sometimes they gave off an unsettling vibe. This was definitely setting the stage for me to become a people pleaser in adulthood and to question my worth. Having the responsibility of being “well behaved” placed on my young shoulders felt like quite a burden at times. It probably looked somewhat perfect from the outside, but in reality, it repressed my voice and trained me to place the needs of others above my own.

Behind closed gallery doors, my parents would often fight about money, fight to be right, and fight to be heard. Their primary objective was to wound one another with their words. Getting money into the household sometimes felt like it was more important than my well-being. When I was about seven years old, I would pray at night that they would get a divorce or make a lot of money because I wanted them to somehow find peace. I suffered terribly from anxiety because I didn’t like them fighting so often. My anxiety manifested as nail-biting, recurring nightmares, and bedwetting—all classic signs that a child could be struggling emotionally. I held the fear and lack of worthiness in the pit of my stomach and at one point actively chose not to eat. I basically refused to nourish myself as a silent protest to hopefully one day have my anxiety managed or for the situation to change. It was a method and mode of control—something I had power over despite how out of control I felt.

As a child, when you hear your parents fighting, you think it’s your fault—which ultimately leaves you feeling even more powerless internally. What I didn’t see or couldn’t possibly understand back then is that there is a tremendous pressure that accompanies bringing money into a household to feed a family, being an entrepreneur, a self-employed artist, or even a parent, for that matter! The sheer level of self-belief and motivation required to thrive and survive while raising small humans is definitely not for the fainthearted. In time, I learned not to blame my parents for the rough patches experienced in my childhood. Instead, I chose to celebrate them for the incredibly resourceful and amazing people they are and the sacrifices they made along the way. I feel so blessed to have been raised by such creative and resourceful humans. Ultimately, my parents did the best job that they knew how to do— like most parents out there.

To get to this point of resolution and deeply honoring my parents, I had to make the journey back to believing in my own magic rather than holding others responsible for my past, present, or future. Ironically enough, this required me taking a slight detour to first become exactly like my parents—not that I did that consciously. I became an entrepreneur who would fight with my spouse (in front of my children) and fight to be right. I dragged this cyclic baggage into my own two marriages, where it became as clear as day that I was sabotaging my own magic, instead of believing in it.

My lack of worthiness and pattern of toxic reactions meant that in my past I have been the abuser and also the abused. This is pretty shocking, right? Especially for a woman that has an inspirational viral video about surviving domestic violence. Please keep in mind that I do not make this statement lightly. It’s actually really hard to admit this, but I know it’s going to help a lot of people understand how lack of self-esteem grows in the shadows like mushrooms tend to flourish in the dark. It’s important for me to take full responsibility and show you how I have formed the deepest of boundaries within my heart to ensure that certain lines are never crossed again. Some of these lines I didn’t even really know existed until I got very emotionally raw with myself about the dynamics of mutual abuse in any relationship. It’s no surprise that I had repressed anger issues when I’d spent decades placing other people’s needs above my own. I knew that it was finally time to heal and to change my ways.

The pain that is created when you hurt someone you love manifests as such a heavy burden. I was pretty good at playing the victim role too and even better at not taking ownership of how I participated in the cycle of abuse. Most of the time, I never stopped to give it much thought. I always believed I was winning in some way when I played the blame game, making statements like this:

“It’s your fault I feel this way!”

“It’s your responsibility to make me happy!”

When you make statements shifting blame onto another person, you hand over your magic. On a personal level, victimhood like this is a surefire way to corrode all connections with truth and harmony when you hold others accountable for how you feel. The good news is that when you can identify a cycle, you can break it and even reinvent it. Just like a farmer can look to the skies and know when a storm is brewing, you must learn how to identify your own emotional weather patterns and how to respond accordingly when you feel a wave of blame rising up within your heart.

Meet Dr Norman Swan as he tours Australia to promote his new book - So You Want To Live Younger Longer? 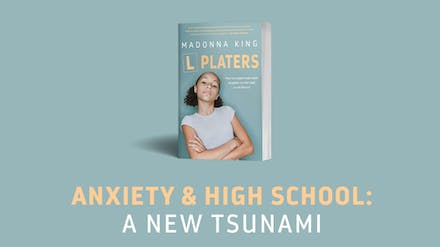 Read an extract from L Platers - ANXIETY AND HIGH SCHOOL: A NEW TSUNAMI

Read exclusive content from L Platers, the latest parenting guide from bestselling author of Being 14 and Ten-ager. 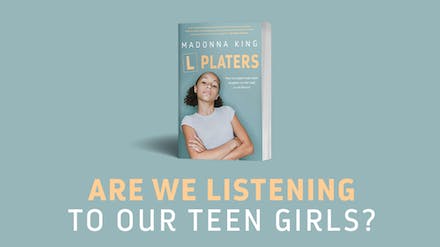 Read an extract from L Platers - ARE WE LISTENING TO OUR TEEN GIRLS?

Teen girls are passionate and enthusiastic and willing to voice their political views. Read exclusive content from L Platers, the latest parenting guide from bestselling author of Being 14 and Ten-ager. 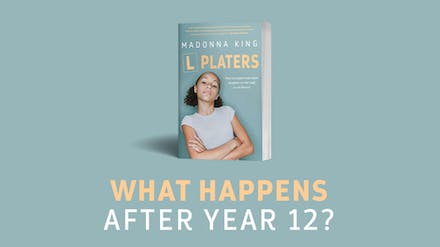 Read an extract from L Platers - WHAT HAPPENS AFTER YEAR 12?

Many, many schools are failing to prepare students for university, or post-school life. Read exclusive content from L Platers, the latest parenting guide from bestselling author of Being 14 and Ten-ager.