So, my head is a big old cauldron of myth, legend, fairy and folks tales, religion, traditions, old magic, and general assorted “stuff”. The result of my misspent youth being spent, well, in libraries rather than pool halls (which is probably for the best as I am the worst pool player imaginable). But it’s meant that I’ve got a lot of material to play with when I write the Verity books, and Restoration was no exception.

When I was in the planning stage for Restoration, I was chatting with a friend who’s a fan of both the Sourdough World books and the Vigil books. He wondered if the Sourdough stories *might* in some way be connected to the Verity stories ... the myths and legends from which the novels sprang. At the time I shook my head and said “Nah”. Yet the idea stuck with me.

When I’d been researching for a new mosaic collection, The Tallow-Wife and Other Tales, one of the legends I’d looked into was that of Herne the Hunter. Herne’s often associated with the ghost of one of Henry II’s hunt-masters, but he ’s from older stock than that, and there are traces of him or someone like him scattered across Europe. There are also female versions of him, in the form of Frau Gaude or Frau Wode, and I loved the idea of a woman leading the Wild Hunt. In The Tallow-Wife, it fed into a tale about hind-girls who have horns on their heads and eschew polite/civilised society.

Family is always one of my writing themes and Restoration is no different. In fact, the idea that Verity has to discover more about her family is critical now that she has a daughter. V knows what effect Weyrd blood has on her, but she doesn’t yet know what Maisie will become. And V’s very much aware that their past may well affect their future as much for ill as good.

When I was figuring out V’s ancestry, I recalled the female Herne. I gave her a name, Frau Berhta, I made her a member of the Old High Weyrd of Thuringia, and she’s V’s ever-so-great-grandmother. When it came time to write her history, I realised the only way was to do it as a kind of Sourdough story ... Berhta, the daughter of Gotfrid and Bertrâdis, was born late to their marriage: an only child, and beautiful, with hair of red-gold, creamy skin, and eyes of blue, the heir to her parents’ considerable estates and fortunes. This made her a much-sought-after bride for princes and merchant-lords alike, both Weyrd and Normal, but Berhta refused them all. Her parents begged her to make some concession to this intransigence and she agreed: she would marry the man who could match her in the hunt.

Now, Berhta was a notoriously fine horsewoman; she’d never fallen and never failed to take her quarry. It was said she had hunted down the Great Hart of Harz, though it took five days; she never left the saddle and all her companions dropped behind. Indeed, some gave up on her rather than wait and returned to her parents’ castle to report her loss, her death, for surely there could have been no other fate? She had ridden off a cliff, had tumbled into a fast-flowing river, had thrown herself into the deepest lake, been taken by spirits of the forest . . .

And yet there was a homecoming ...

All of which means yes, there’s some Sourdough/Vigil crossover ... and if I get a chance, I’d love to explore it in another Verity book!

Restoration by Angel Slatter is in stores now. 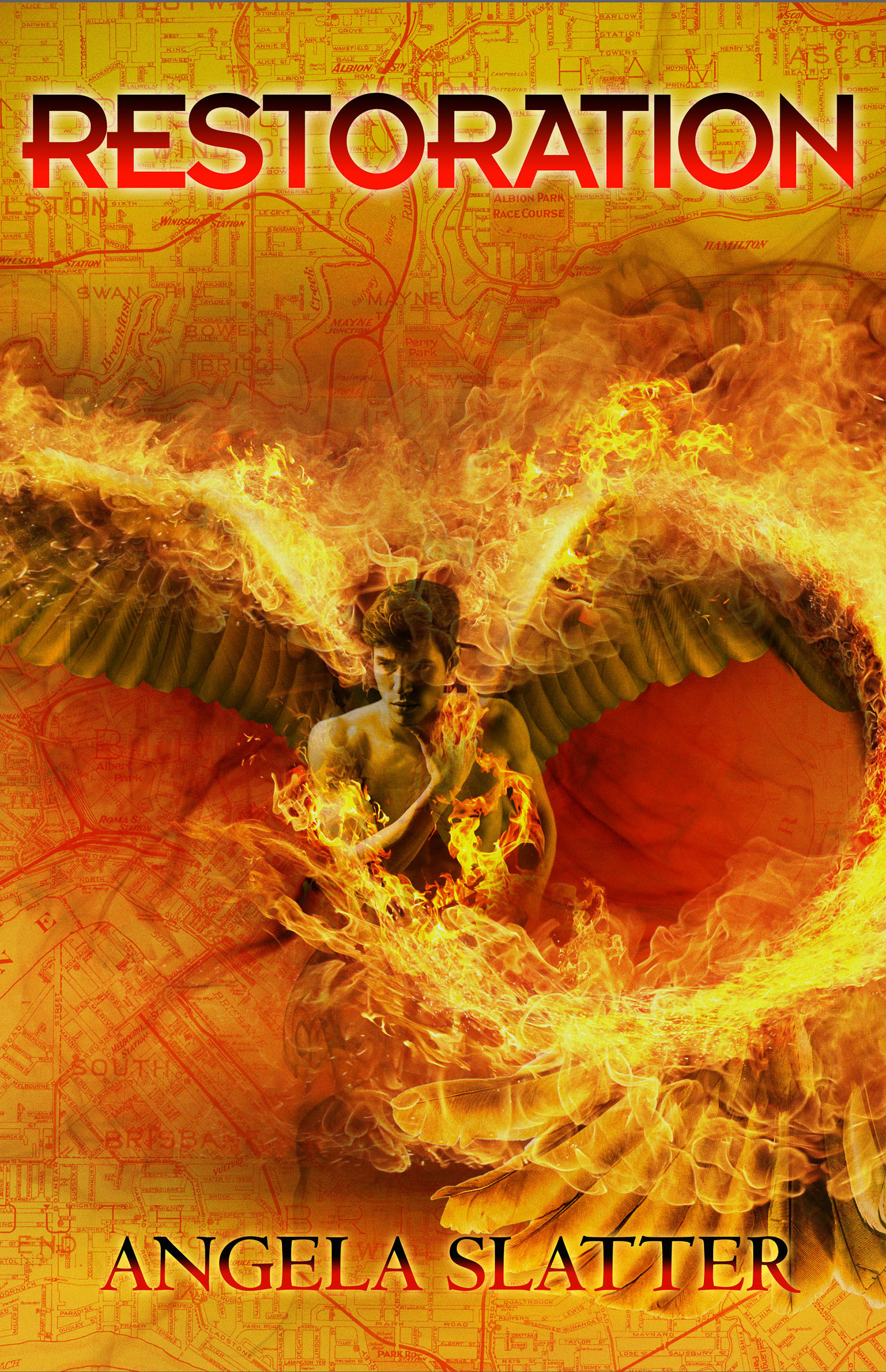