So you want to manage your mental health?

The ultimate guide to managing your psychological wellbeing from Dr Norman Swan, author of So You Want To Live Younger Longer?

Quick one: This is a section largely for millennials and younger because mental health issues usually start when you’re young. But anyway, you know the story already: healthy body, healthy mind etc. However, you can’t repeat often enough that there’s no separation between what goes on inside your skull – your brain/mind – and the rest of your body. So it shouldn’t be a shock revelation that if things are going well with your mood and your level of psychological strain and stress, as reflected in how much control you feel you have over your life, it’ll have an impact on your arteries, heart, gut and your capacity to keep yourself young.

Psychological wellbeing buys you years. Conversely, mental ill health can cost you years and I say that not to panic you but to encourage anyone with mental health issues to seek help. Some of the best data on this come from Denmark, where they have superb records and disease registers which allow realistic measures of the life expectancy impact of psychological issues. Researchers followed more than 7 million people for a total of more than 111 million person years. The good news is that their findings show that the impact of mental health is less than previously thought but it’s still significant. The chances of dying younger than you would otherwise were two-fold higher for people with depression and anxiety and up to a four-fold increase for people with a drug or alcohol problem. When you measure this in terms of years of life lost, dying young obviously has a bigger impact. It’s what I’ve said a couple of times already: namely, a death when someone’s in their 30s loses more years of life. I tell you this because intervening when you’re young is very important. Don’t wait to get this stuff sorted out. I’m about to translate that into years of life lost but remember these are averages. It’s not your unalterable destiny so therefore it’s changeable.

The Danish analysis found that the worst life-shortening problem was substance use to the extent that it had become a disorder. That shortened a person’s remaining time by an astounding 13–15 years. The effect of depression and anxiety was a loss of 6–8 years, while people diagnosed with schizophrenia potentially lost 9–12 years. Now, you probably think these years of life are lost because of suicide but in fact the main reasons are the physical illnesses which affect people with mental health issues. It’s more about cancer, heart disease and diabetes.

The reasons depend on the severity of the psychological issue a person has but include unemployment, lack of somewhere to live, high smoking rates, low levels of physical activity, poor nutrition, medication side effects, psychiatrists who forget they’re doctors and behave as though the mind and body are separate and don’t attend to the physical health of their patients, and stigma from the healthcare system which can neglect to give people with mental illness the general medical care they need.

The commonest issues relate to psychological distress, which is partly related to depression and anxiety. The ways psychological distress manifests itself include having little interest or pleasure in doing things; feeling down, depressed or hopeless; having trouble falling or staying asleep or sleeping too much; feeling tired or having too little energy; your appetite is poor or you’re overeating; you’re feeling bad about yourself, or that you’re a failure and have let yourself or your family down; you have trouble concentrating on things; people are noticing you’re moving around more slowly than usual or the opposite, being so fidgety or restless that you’re moving around a lot more; and having thoughts that you would be better off dead – or hurting yourself in some way – which is a flashing red light that you need help straight away.

However, in some people, distress and depression and anxiety show up more as persistent physical symptoms like fatigue, disruption of your sleep–wake cycle, pain, headaches and tummy symptoms.

One way of deciding whether you need to seek help is whether your work is being affected, you’ve lost the ability to complete tasks, damaged your personal and family relationships, and/or are no longer pursuing your interests and involvement with friends.

When you’re distressed, using tobacco, alcohol and other drugs to try to make you feel better is a really bad idea. The effects are short lived and the harms – like having a shorter life – are more profound.

The treatment for distress is usually a stepped approach depending on the severity, urgency and your preference. It starts with simple lifestyle changes – such as sleep, diet, exercise and reduction of alcohol – then basic problem solving, stress management and life skills, and if these aren’t working, moving on to more specialised psychological therapies and, if necessary, medication. 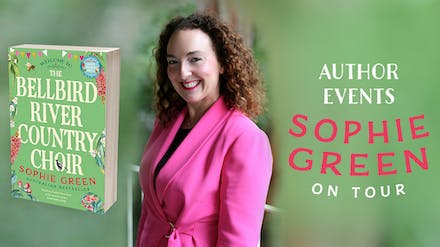 Here’s what you can do in your 20s

Guidelines for your 60s, 70s (or indeed 80s and 90s) from Australia's trusted, straight-talking doctor and broadcaster, Dr Norman Swan.