The enduring legacy of The Thorn Birds

Author Sophie Green’s novel THE INAUGURAL MEETING OF THE FAIRVALE LADIES BOOK CLUB completes the circle of her enduring love for epic Australian stories that reflect the stark grandeur of our landscape.

The story of The Inaugural Meeting of the Fairvale Ladies Book Club opens in 1978. This is not because I have a particular affection for that year. It was fairly unremarkable as years go. No Olympics. No change in the federal government – certainly no prime minister being sacked by a governor-general, as had happened not that long before. The Prince of Wales was still single and Lady Diana Spencer was seventeen years old.

However, when I thought about a book club set far from a city, deep in the heart of some of our wildest country, there was only one choice for the first book that the Fairvale ladies would read: The Thorn Birds by Colleen McCullough, and because that book was published in 1977, it determined the era of my own novel.

This epic novel of forbidden love set against the forbidding Australian landscape swept all before it as Australian readers took it to heart and mind. It certainly captured my attention when I first read it. My mother taught me to read and never censored my reading material. If the book was in the house, it was fair game for me, so I had plucked The Thorn Birds from a shelf at eight years of age, thrilling to the things I could understand and ignoring what I couldn’t. I don’t know when my mother had read it but by the time I found it, the book’s legend was already large.

Of course, I could have set Fairvale now and had the ladies reading The Thorn Birds – except The Thorn Birds is not a novel that is particularly fashionable now, so it didn’t seem likely that a modern book club would read it. Nor was it prominent enough ten years ago, or even fifteen.

The only way to convincingly make The Thorn Birds the first novel of the book club was to put that book club in 1978. That gave Sybil, the creator of the book club, time to hear about the novel, time to read it and time to decide it would be right for that first meeting. The novel would also have been current enough that the other women of the Fairvale book club could buy a copy readily.

Colleen McCullough gave a lot to Australian literature over her many years of productivity. The Thorn Birds brought her to fame, and it introduced me to the big, entertaining novels that I have always loved. Bringing her most famous novel to the forefront of my own was the least I could do to thank her. 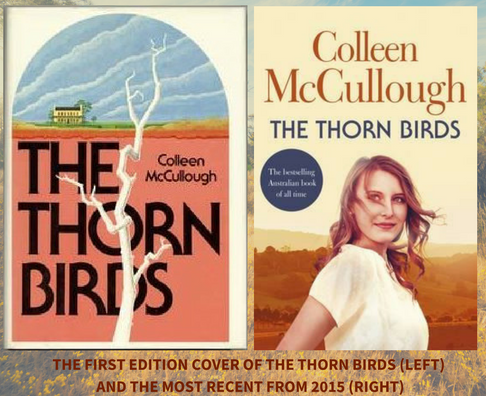 Sophie Green is an author and publisher who lives in Sydney. She has written several fiction and non-fiction books, some under other names. In her spare time she writes about country music on her blog, Jolene. She fell in love with the Northern Territory the first time she visited and subsequent visits inspired the story in THE INAUGURAL MEETING OF THE FAIRVALE LADIES BOOK CLUB - out August 8.

Sophie Green is an author and publisher. She has written several fiction and non-fiction books, some under other names.

A Letter from Sophie Green

Sophie Green, author of THE INAUGURAL MEETING OF THE FAIRVALE LADIES BOOK CLUB, writes to her readers on publication day.

Kayte Nunn, author of The Silk House, describes the inspiration behind her spellbinding gothic tale.