The Last Adventure of Constance Verity: Soon to be a Hollywood blockbuster starring Awkwafina

Soon to be a major motion picture starring Crazy Rich Asians actress/comedian Awkwafina as Constance Verity: the girl who's been saving the world since she was seven.

Soon to be a major motion picture starring actress/comedian Awkwafina (Crazy Rich Asians; The Farewell) as Constance Verity: the girl who's been saving the world since she was seven.

It all began at Constance Verity's seventh birthday party, when she defeated a giant snake - but really, it was the fault of the magic wish granted to her at her birth. She's now a master of exotic martial arts and a keen detective, and she possesses a collection of strange artefacts, mostly kept in unlabelled boxes in her apartment.

But Constance has spent the past twenty-seven years saving the world, and frankly, she's sick of it. She wants an office job and a normal boyfriend - one who isn't going to get killed by who knows what - and she's figured out the way to get them. She's going to kill her fairy godmother. After all, it was Grandmother Willow who granted the wish and reset her life. The problem is, saving the world is Constance's destiny. She's really good at it, and there are forces at work to make sure she stays in the job.

Then again, it's also her destiny to have a glorious death.

'Martinez delivers another witty, fast-paced fantasy. The deadpan snark is nonstop and sure to keep readers giggling' Library Journal

More books by A. Lee Martinez 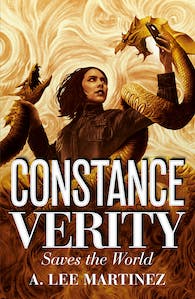 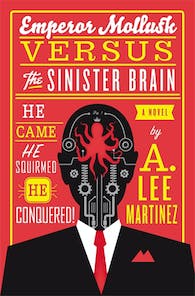 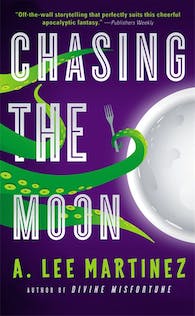 Praise for The Last Adventure of Constance Verity: Soon to be a Hollywood blockbuster starring Awkwafina