They should never have been born... Adam and Alice Twisden are not ordinary children. Their parents used an experimental fertility treatment, and paid a horrific cost.

The twins' aunt is determined to give them the love and stability that they have never known. But outside the refuge she is trying to create, dark forces are combining. Troops of other feral offspring roam the New York streets. And there are people out there who wish to destroy them... and others who see a way to profit from them.

As the city becomes a battleground, Adam and Alice must decide where their loyalties lie. They are determined to remain human - and yet their own unnatural urges are growing ever stronger... 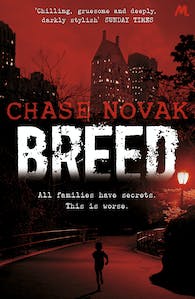