Based on extensive research and in-depth interviews with women from various socio-economic backgrounds, PERFECT GIRLS, STARVING DAUGHTERS lays bare a stark new world culture of eating disorders, food and body issues that affect virtually all of today's women. Though eating disorders first came to be recognised about 25 years ago, Martin's book shows how the issues surrounding body image have only become more complex, more dangerous and more difficult to treat: we now live in a world where over half of young women between the ages of 18 and 25 would prefer to be run over by a car than be fat, and the single group of teenagers most likely to consider a suicide attempt are girls who worry they are overweight. The current 'epidemic' of obesity is simply the flip side of the same coin.

Drawing from interviews with sufferers, psychologists, nutritionists, and other experts, Courtney Martin's book reveals a whole new generation of 'perfect girls' who have been conditioned from a young age to over-achieve, self-sacrifice, and hate their own bodies - this, despite being raised by a generation of mothers well-versed in the lessons of feminism. 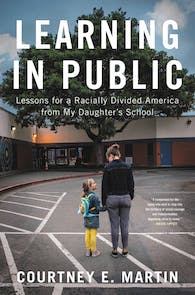