The world's leading and most charismatic authority on 'alternative history' reveals in this thrilling narrative of the conquest of Mexico the key role played by a beautiful Mayan princess and by the occult battles waged between the Aztec emperor and the Spanish leaders.

Graham Hancock, an expert in ancient civilisations and author of the 9 million selling Fingerprints of the Gods, and expert too, on the use of hallucinogens to achieve higher states of consciousness, brings these two interests together in the second volume of the War God trilogy.

The conquistador Hernan Cortes is dreaming of Tenochtitlan, the golden city of Aztecs. But in order to win the Aztecs' gold, Cortes and his small force of just five hundred men will have to defeat the psychotic emperor Moctezuma and the armies of hundreds of thousands he commands.

Cortes expects that the Tlascalans, hereditary enemies of the Aztecs, will join him, but instead finds himself locked in a deadly struggle. As Cortes risks all against the Tlascalans, he plays mind games with Moctezuma, aiming to defeat the Aztec emperor psychologically before ever having to face him in battle.

In this he is aided by his lover Malinal, a beautiful Mayan princess. It is from Malinal that Cortes learns of the myth of Quetzalcoatl, 'The Plumed Serpent'. She shows him how to exploit the prophecy of the fabled god king's return to weaken Moctezuma's resolve and keep alive the suspicion that the conquistador might actually be Quetzalcoatl himself. 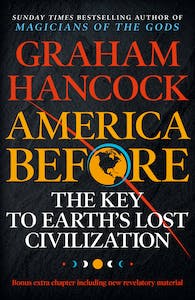 America Before: The Key to Earth's Lost Civilization: A new investigation into the mysteries of the human past by the bestselling author of Fingerprints of the Gods and Magicians of the Gods 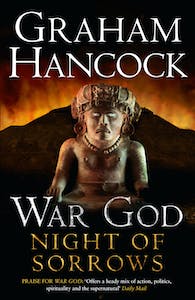 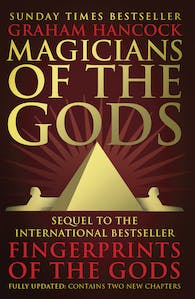 Magicians of the Gods: The Forgotten Wisdom of Earth's Lost Civilisation 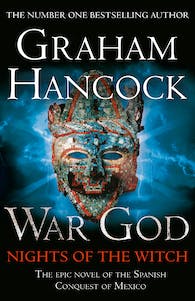 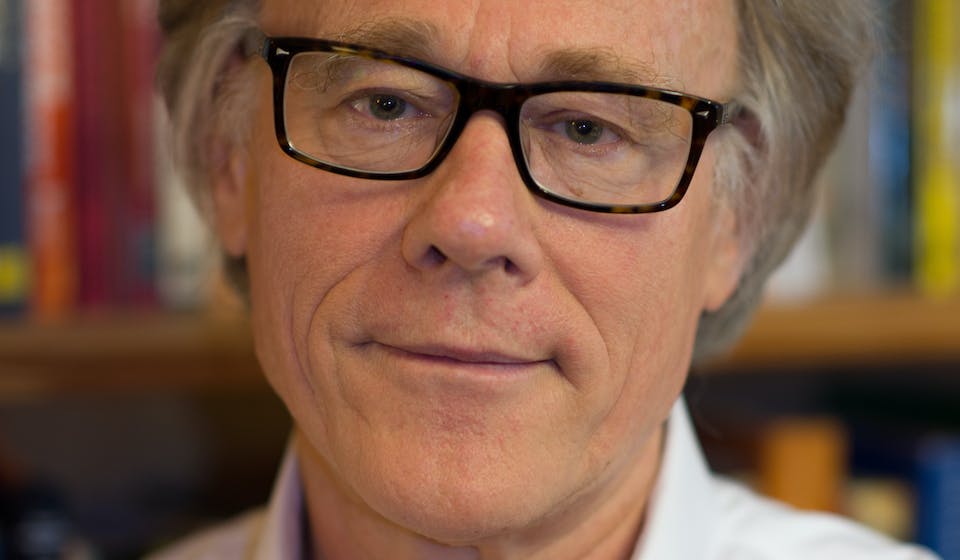 As East Africa correspondent of The Economist in the early eighties Graham Hancock began to write a series of highly acclaimed books on economics, politics and foreign aid. His life took a whole new turn when he became fascinated by rumours that the Ark of the Covenant is real artefact, hidden somewhere in northern Africa. The story of his detective work, tracking it down to its supposed final resting place became the international bestseller The Sign and the Seal (now in production as a feature film.) More bestsellers in the field of 'alternative history' followed, including Fingerprints of the Gods, Keeper of Genesis (the latter co-authored with Robert Bauval) and Heaven's Mirror. In Supernatural he described his experiences journeying to experiment with hallucinogenic drugs amongst tribes people for whom they represent a gateway into supernatural realms. His ideas on exploring new dimensions in consciousness became the subject of his controversial TED talks.
Graham Hancock's books have been translated into twenty-seven languages and have sold over nine million copies worldwide. His public lectures and broadcasts, including two major TV series for Channel 4, Quest for the Lost Civilisation, and Flooded Kingdoms of the Ice Age, have further established his reputation as an unconventional thinker who raises controversial questions about humanity's past.