Think Agatha Christie meets Beatrix Potter, but the animals have moved beyond Mr MacGregor's vegetable patch to a place much more sinister . . .

A MURDER TO SOLVE. A REPORTER ON THE TRAIL.
IS THIS A CASE OF MISTAKEN IDENTITY?

Welcome, dear reader! You have happened upon the delightful village of Shady Hollow, a place where rabbits and raptors, squirrels and snakes live together in civilised accord . . . with only the occasional murder to mar the peace of daily life.

Keen journalist Vera Vixen is recovering from the Harvest Festival (and its bounty of local cheeses, cider and pies) when the calm is shattered by a scream from one of the small town's grandest houses. Dorothy Springfield, a rat with a reputation for eccentricity, claims her husband - who is standing right next to her - has been murdered. Has Dorothy finally lost her grip on reality? Or is the rat who claims to be Edward an imposter? Vera's fox nose scents a story. And it's not long before the discovery of a body, minus the head, complicates things further . . .

Entertaining and perceptive, Mirror Lake is fast-paced and witty, with characters that jump off the page and a hugely satisfying mystery to solve. Once you've met the residents of ShadyHollow, you won't forget them. 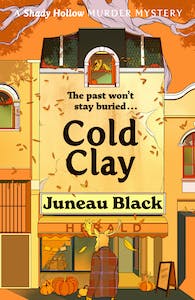 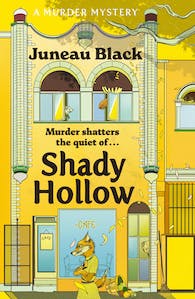 Shady Hollow: The first in a cosy murder series of 'rare and sinister charm'