The Queen Is Dead: Book 2 of the Immortal Empire

Xandra Varden is the newly crowned Goblin Queen of England. But her complicated life is by no means over.

There are the political factions vying for her favor, and the all too-close scrutiny of Queen Victoria, who for some reason wants her head. Not to mention her werewolf boyfriend with demands of his own, and a mother hell bent on destroying the monarchy. Now she's the suspect in a murder investigation - and Xandra barely knows which way is up.

What she does know is that nothing lasts forever - and immortality isn't all it's cracked up to be. 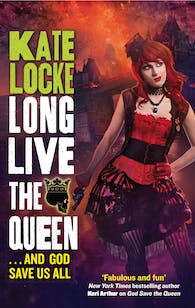 Long Live the Queen: Book 3 of the Immortal Empire 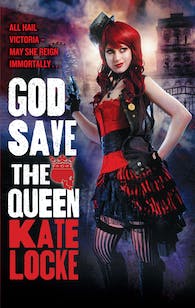 God Save the Queen: Book 1 of the Immortal Empire