Author Max Barry discusses being a writer and his new book, Providence. 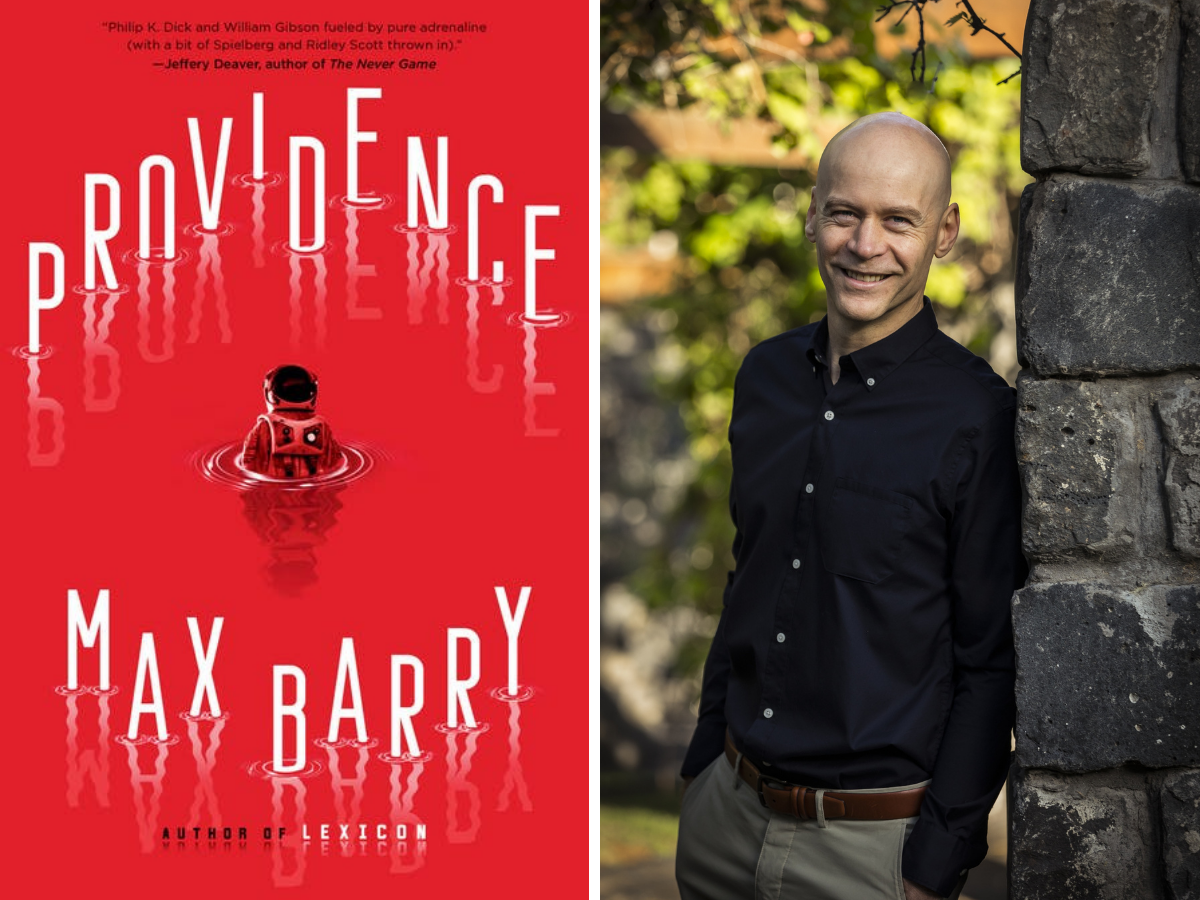 What compelled you to write this book?

The origin of the book was an idea about a tank crew in the First Gulf War, who possessed an overwhelming technological advantage over the enemy to the point where the war didn’t feel completely real to them—and then the tank broke down.

I thought that raised some interesting ideas, both on a personal level—what does it feel like when you want to be a soldier but you’re really a machine operator? How well can you handle having to evolve from one to the other?—and on a grander scale, allowing me to explore the concept of war from a very high level down to a very personal one.

The most interesting part of a book for me is always the intersection between the big and the small, when a story has both an ambitious reach and time for human quirks and personality.

I started with the fundamental premise, but it was a very exploratory process of finding out who the people were. I’m currently on Draft #17 and each rewrite I would discover something new about one of the four people, and want to go back and see how that could impact other events.

That’s something I probably wouldn’t have done as a younger writer—I would have been more interested in plot and less in character. But nowadays I need to know who the people are, and believe in them.

What writer or writers have had the greatest influence on you?

A lot of classic sci-fi authors, primarily Philip K. Dick, who stoked my interest in perception and reality.

More recently, my favourites are Margaret Atwood and Neal Stephenson. And I finally discovered Shirley Jackson.

What advice would you give to aspiring writers?

I always encourage writers to find their own voice and guard it. There’s a point where many writers start trying to write like everyone else, because that’s what they see getting published, and while you can always learn and improve your craft, you should never surrender the things about your writing that make it unique. If you do write like everyone else, there’s no reason for anyone to pay attention to your work.

I’m a huge fan of unique voice and I think it’s something we can easily lose without fully realizing it. Novels are art and art must be singular.

Why did you become a writer? Was it a lifelong goal?

Yes, I’ve always wanted to be a writer. In high school, I discovered that I could get a lot of attention by writing short stories featuring my classmates, especially if some of them died in horrible ways.

I was stupidly ambitious and quit a good job with a tech company at 25 because I thought I could make a living as a full-time novelist, despite having had nothing published. I was living in Western Australia at the time (1998) and didn’t even know how to get published, but I sent a lot of international mail to New York-based literary agents and one of them picked me up. It was an incredible stroke of good fortune and essentially delivered my dream job to me right away.

It’s a weird job because it’s so wonderful to be able to sit at home playing with stories all day, but it’s also a pretty good way to go insane. You do start to lose the ability to talk to other human beings if you’re not careful. But it’s incredibly satisfying to be able to control your own day and work on what you love and I wouldn’t give it up for anything.

Discover more about Max Barry and Providence in this interview with ABC's The Book Show.

To celebrate the release of The Apollo Murders by Chris Hadfield, we've put together a list of our favourite space films.

Strap in and count down for the ride of a lifetime. This is the hub for all things The Apollo Murders.

12 Days of Christmas with The Realm

Celebrate the holiday season with these sci-fi and fantasy books.