Hachette Australia is thrilled to announce Windswept and Interesting by Billy Connolly, which recounts his remarkable life in his own words for the first time. It will be published on Thursday 14 October 2021. 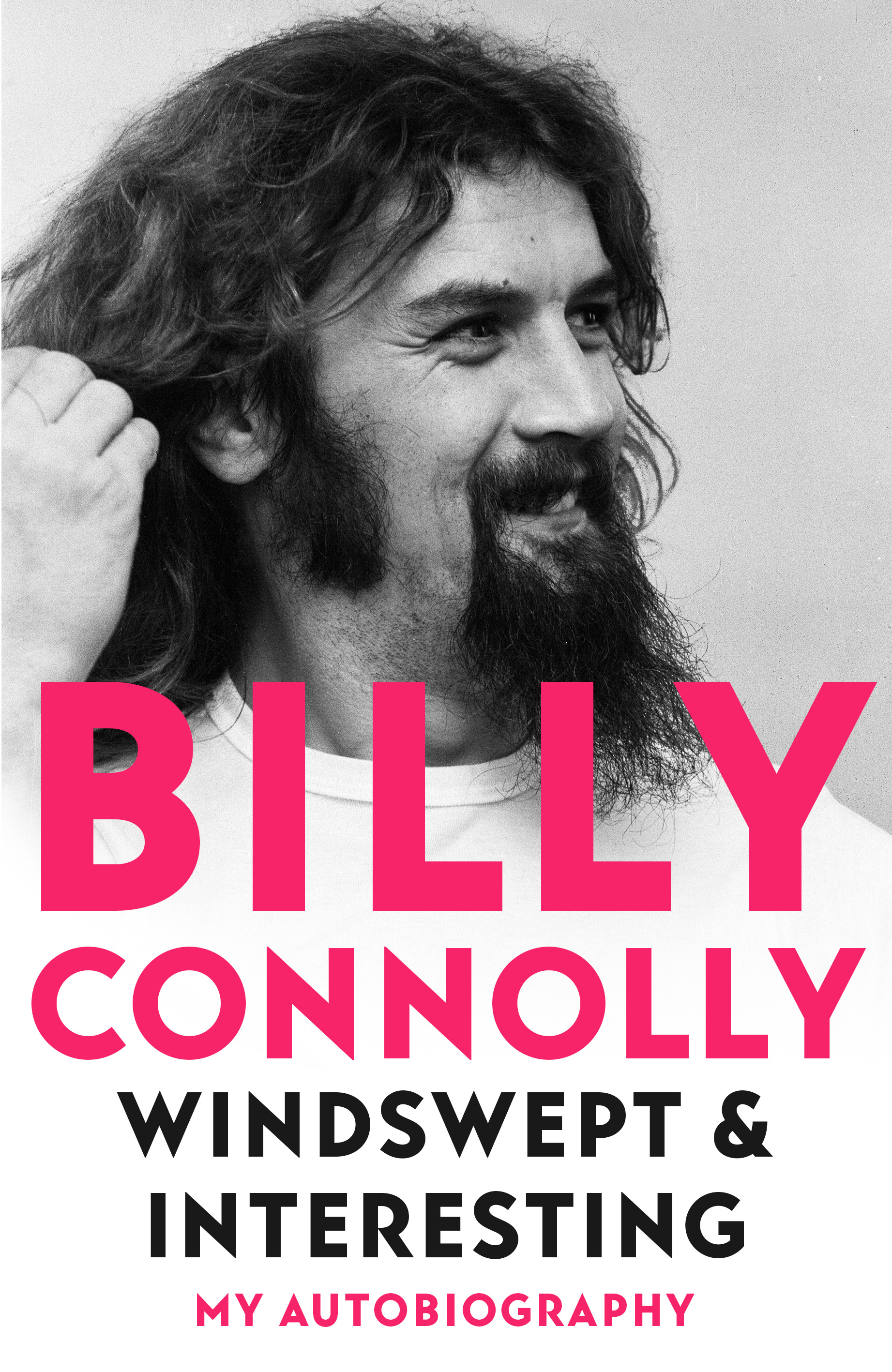 Windswept and Interesting is Billy Connolly’s first full-length autobiography, where the national treasure reveals the truth behind his windswept and interesting life. Joyfully funny and stuffed full of hard-earned wisdom as well as countless digressions on fishing, farting and the joys of dancing naked, it is an unforgettable, life-affirming story of a true comedy legend.

Born in a tenement flat in Glasgow in 1942, orphaned by the age of four, and a survivor of appalling abuse at the hands of his own family, Billy’s life is a remarkable story of success against all the odds.

Billy found his escape first as an apprentice welder in the shipyards of the River Clyde later becoming a folk musician with a genuine talent for playing the banjo. But it was his ability to spin stories, tell jokes and hold an audience in the palm of his hand that truly set him apart. As a young comedian Billy broke all the rules and was fearless and outspoken. But his stand-up was full of warmth, humility and silliness too. His startling, hairy ‘glam-rock’ stage appearance – wearing leotards, scissor suits and banana boots – only added to his appeal.

It was an appearance on Michael Parkinson’s chat show in 1975 – and one outrageous story in particular – that catapulted Billy from cult hero to national star. TV shows, documentaries, international fame and award-winning Hollywood movies followed.

Billy’s pitch-perfect stand-up comedy kept coming too – for over 50 years, in fact – until a double diagnosis of cancer and Parkinson’s Disease brought his remarkable live performances to an end. Since then he has continued making TV shows, creating extraordinary drawings … and writing.

Connolly’s previous book Tall Tales and Wee Stories, a collection of his best-loved stand-up routines was published in 2019 and remains hugely popular. A #1 Sunday Times bestseller, the book has spent over a year in the bestseller chart across both hardback and paperback. The hardback was Hachette UK’s bestselling non-fiction hardback of 2019, and all editions of Tall Tales and Wee Stories have sold over 600K copies combined.

Billy Connolly said: ‘It’s the first time I’ve done this. Other people have written about me – or for me – but this time it’s just my own life in my own words. I didn’t know I was Windswept and Interesting until somebody told me. I had long hair and a beard and was swishing around in electric blue flairs. He said: “Look at you – all windswept and interesting!” I just said: “Exactly!” After that, I simply had to maintain my reputation.’

Sir William Connolly, CBE is a much-loved Scottish comedian, musician, TV presenter, actor, and artist. Now a ‘welder statesman’, he is the recipient of a BAFTA Lifetime Achievement Award and is regularly voted the nation's favourite stand-up comedian. His collected stand-up routines, Tall Tales and Wee Stories, was a No.1 bestseller and has spent over a year in the Sunday Times ’ charts. Billy was born and raised in Glasgow and now lives in America.

Windswept and Interesting by Billy Connolly will be published on Thursday 14 October 2021.

He likes cards. Even weird ones.

From the duo behind the massively successful and award-winning podcast Stuff You Should Know comes an unexpected look at things you thought you knew.