After a hotly-contested international auction, Dianne Yarwood’s The Wakes has been sold to Hachette Australia and Orion imprint Phoenix in a six-figure two-book deal.

Rebecca Saunders, Head of Fiction at Hachette Australia, struck the deal with Catherine Drayton at InkWell Management, with UK and Commonwealth rights excluding ANZ going to Francesca Main at Phoenix.

The Wakes is a wry, moving and uplifting novel about love, loss, heartbreak and the enduring power of friendship.

It’s winter in Sydney and the lives of two strangers begin to fall apart. Clare’s husband has recently left her so when her neighbour, Louisa, asks her to help with her funeral catering business it’s a welcome distraction. Chris, an emergency doctor, has witnessed too many deaths but still feels compelled to attend the occasional wake. When Clare and Chris meet, the good in their lives is slowly illuminated. But catering, like life, doesn’t always go according to plan and a secret revealed at the final funeral threatens to undo their burgeoning happiness . . . 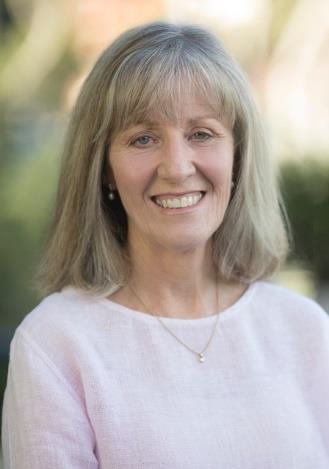 Dianne Yarwood worked in accounting and corporate advisory in London and Sydney. She also nurtured a love for cooking and catering. At the age of forty, with three young children, she became very ill and her life was saved by an emergency doctor. This brush with mortality gave her the courage to do what she’s always wanted to do – write. Dianne lives in Sydney with her husband.

Rebecca Saunders said: 'I read The Wakes in two sittings, I was completely engrossed from beginning to end. It is the type of novel I most love to read, and I’ve been looking for just such a novel to publish for a very long time – one that is as emotionally rich, warm-hearted and funny as it is insightful, touching and honest. It was a conversation about frittatas between two of the characters that hooked me! What I especially loved was reading about people in their forties dealing with issues such as relationship breakdowns, career changes and new friendships. Dianne’s writing is beautifully accomplished and will appeal to readers of literary and reading group fiction with a broad appeal beyond.’

Francesca Main said: ‘I found The Wakes so irresistibly warm-hearted, funny and touching I didn’t want to put it down. If you’re a fan of Meg Mason, Katherine Heiny, Anne Tyler or Nora Ephron, I feel sure you will be delighted to discover Dianne Yarwood. The novel is so effortlessly enjoyable the pages practically turn themselves, but I also found it quietly profound on the big questions of life and death and what truly matters in the end; the impact we have on those we leave in our wake. I’m thrilled to be joining forces with Rebecca and her team at Hachette Australia and honoured Dianne has chosen Phoenix as her UK home.’

Dianne Yarwood said: ‘I’ve dreamt of being published for so many years, and the enthusiastic response from publishers has exceeded that dream. Right from the start, the level of passion Rebecca and Francesca had for my novel was irresistible, as was their connection with its heart and meaning.’

The Wakes will be published as a super-lead title by Hachette Australia in 2023.

In the current climate of uncertainty surrounding school closures and access to books, Hachette Australia will be granting free permissions for online story-time events for those areas in a local lockdown.