Pamela Hart sets the scene of her latest romance A LETTER FROM ITALY with photographs.

We’re surrounded by photographs. Our personal life is documented in such quantity that it’s actually changing the way we relate to each other. We don’t watch our kids’ concerts, we film them. A holiday doesn’t seem quite as good if the photos don’t get lots of likes on Facebook. Children born this century will be able to go back and document their life almost day by day.

But a hundred years ago, personal photography was only just starting to enter our lives. Prior to 1900, cameras had been so big and so expensive that only professional photographers had them.

One of the main characters in A Letter from Italy is one of those photographers. Sandro is an Italian-American man from New York’s Little Italy.  He had been a studio photographer until war broke out when he tried to enlist (but failed due to medical reasons).

Since he's really fit and healthy, he decides to ‘do his bit’ for the war effort by becoming a war photographer.

War photography on the front lines was possible because cameras changed a lot during the decade before WWI. In particular, the big, heavy, complex studio cameras were supplemented by smaller, portable cameras which ordinary people could use: the first ‘point and snap’ cameras.

The first and most long-lasting of these, of course, was the box brownie!

Box Brownies, first sold in 1900, were cheap, not that durable (they were mostly made of cardboard), but easy to use. Did you ever use them? PIctured (left) is one of the early models:

Lots of people will remember these rectangular boxes which created tiny little photos.

Here are some of my mother’s family, taken in the 1930s and 40s.  (Incidentally, the woman on the right in the second pic is my Aunty Pauline, to whom A Letter from Italy is dedicated. She was quite a woman!) 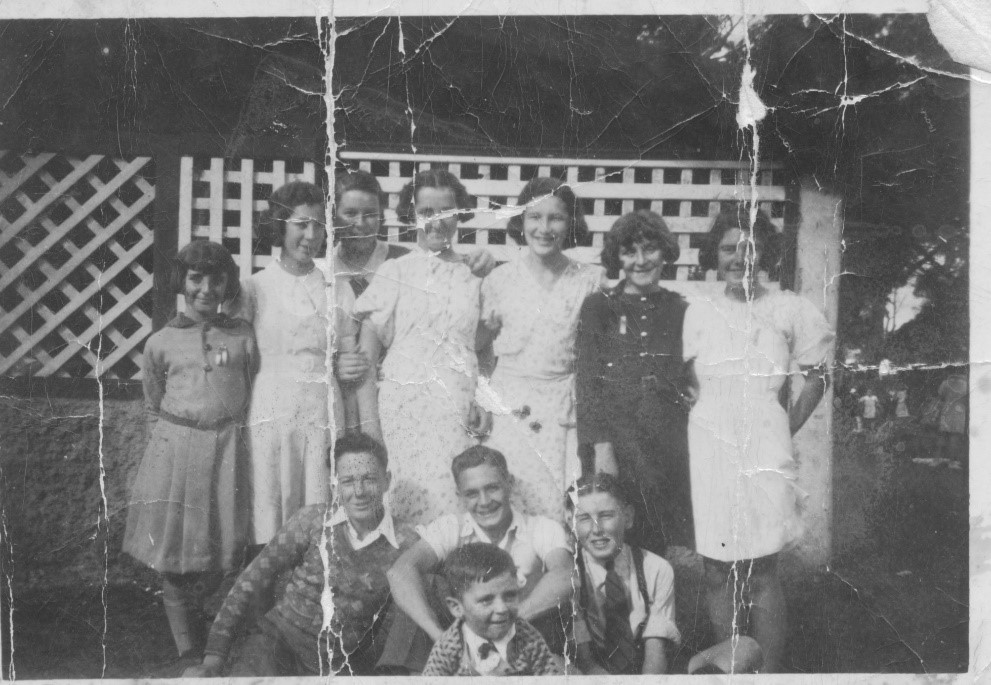 But by the time war broke out, there was also a new kind of portable camera.  It came to be known as ‘the trench camera’, because it was used so much by soldiers in the trenches both in the Middle East and Europe.

Unlike the Box Brownie, it was small and flat enough to slip into a pocket.(Pictured left)

Below are some great images taken at Gallipoli and France of Australian soldiers in World War I.

The boy in the second photograph is a signaller from the 14th Battalion in France, 1916-17. It always gets me how young they were.

Most of these were taken surreptitiously – cameras were banned on the front line for security reasons.  But the men smuggled them in anyway. And not only men – the nurses also valued their photographs.

These photos were taken by Sister Lil Mackenzie, from Victoria, in Cairo where she nursed the wounded from the Dardanelles.

This quick, personal kind of photography changed the way we looked at photos. The quality of the VPK was higher than the Box Brownie, but it was its portability which was so important. You had to plan ahead for the Brownie, but the VPK could go anywhere with you – which is why I gave it to my character.  He has two cameras, the large formal one and the small VPK, and it’s the VPK which causes him to meet my heroine, Rebecca Quinn, when he can’t resist taking a shot of her before they meet…

Pamela Hart is an award-winning author for adults and children. A LETTER FROM ITALY is her thirtieth book, and follows THE SOLDIER'S WIFE and THE WAR BRIDE.

From Paros to Noosa with Jenny Ashcroft

Jenny Ashcroft is never happier than when planning a holiday losing hours researching her next escape - even if it’s a dream one – and, being a bit of self-professed procrastinator, is especially guilty of doing so when she has a deadline looming.

Books to Get Swept Up In

We’ve put together a list of five fantastic reads that will make you laugh, cry and give you goosebumps.

Books for Lazy Days at the Beach

Summer is here and it’s time for some serious relaxation. What better way to do that than to treat yourself to a lazy day on the beach or by a pool somewhere with a book?