Great literature stays with you, shapes your personality, really changes your life. But you’re not checking under the bed every night for Moby Dick or too scared to go into the basement because Mr. Darcy might be down there.

Horror does that. Horror taps into the most essential parts of you. It works because of our shared fears, and, in a way more pure than in other genres, you feed it, you help create it.

Maybe I was the only one who nervously scoped the backyard for weeks after the Wendigo episode of Charmed, and maybe I was the only kid to say, ‘I’m not scared, you’re scared!’ when her brother turned on Are You Afraid of the Dark? but I probably wasn’t the only one who cowered under the covers with the latest installment of Goosebumps or couldn’t bear to look out the window for fear of spotting a tripod from War of the Worlds. 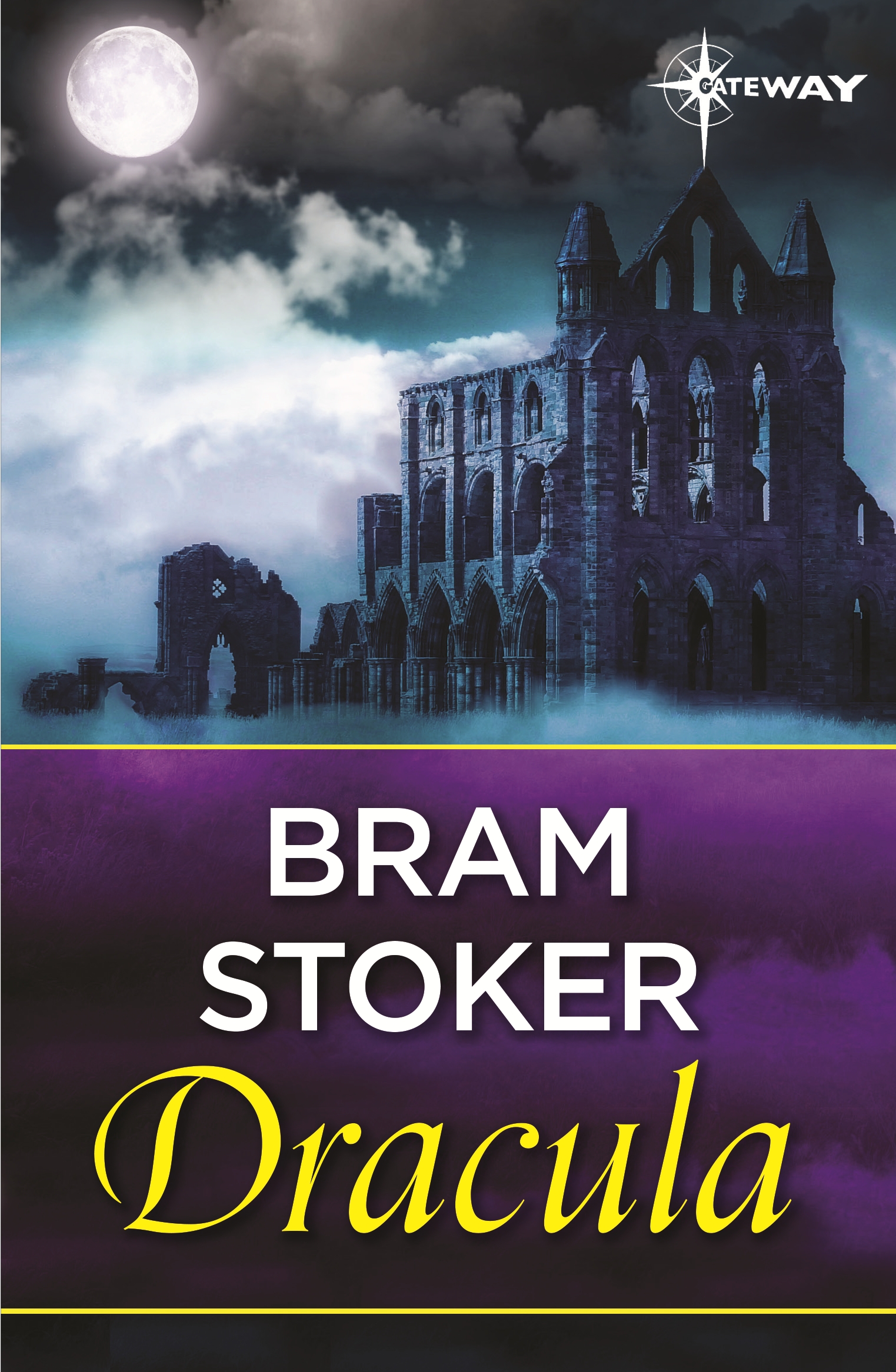 But Dracula isn’t scary, you scoff. Yes, I can hear you.

Would you believe that Dracula wasn’t an immediate bestseller? Although well reviewed by Stoker’s contemporaries, it wasn’t until the film adaptations of the twentieth century that Dracula became a figure so essentially embedded in western gothic horror.* So why has it stuck?

For me, I read Dracula for an English lit class at university, and I thought it would be drier than a hungry vampire’s veins – but I found myself enthralled by Harker’s tale: a young solicitor visiting the mysterious Count Dracula, a (spoiler alert) vampire who comes to England and begins feeding off proper English ladies. The tension builds slowly but surely and the mind-controlled, ex-asylum inmate Renfield’s diet of spiders and rats is effectively disturbing.

Don’t let the epistolary format (told through letters, diary entries, newspapers and so forth) put you off, you don’t even notice it after a while – think of it as a precursor to the oral history formats that you so loved in World War Z and The Passage.

*Proof of Dracula’s lasting impact on the great art of our time: 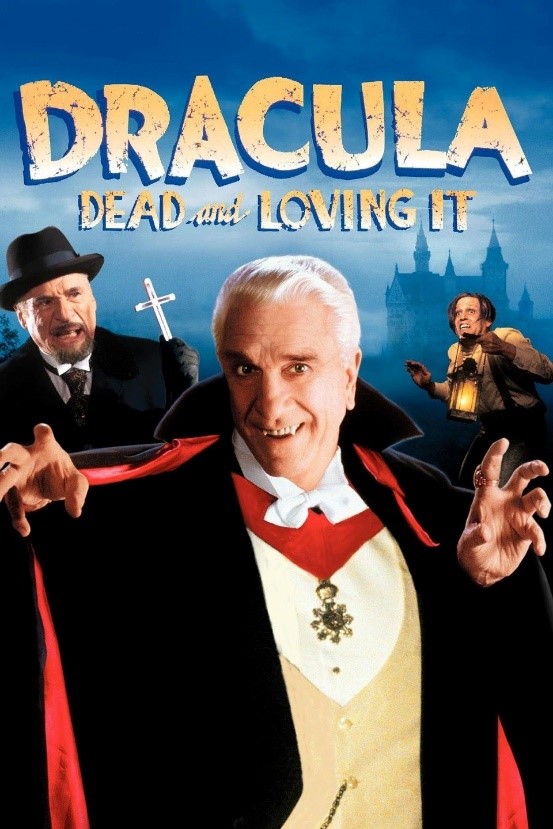 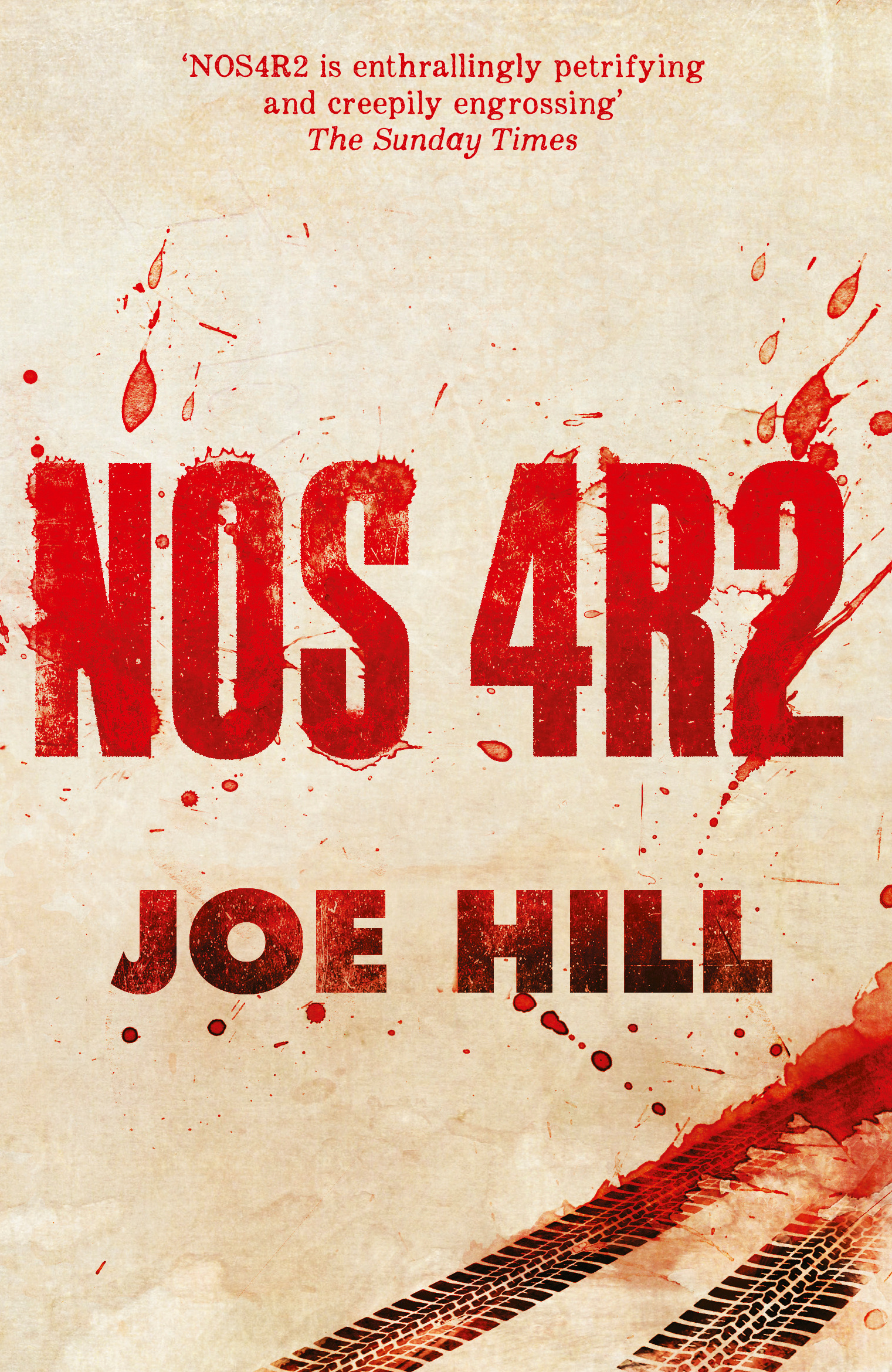 Keeping with the theme…

The title pretty much sums this one up: brash and bold, an homage to the classics, and just plain fun. Called NOS4A2 in the US, NOS4R2 (sound it out) is an energetic nostalgia-fest that revels in the unabashed monster-horror of the 80s and 90s.

Hill has established himself as a gripping writer with Horns and The Fireman, but it’s NOS4R2 that encapsulates the joy of his works: the villain of the piece uses gingerbread-flavoured anaesthetics in his abduction of children to ‘Christmasland’ and there are plenty of hidden references to Hill’s father’s works – with Pennywise’s Circus appearing on a map, and lines from The Stand’s Trashcan Man appropriated.

Tense and unsettling, Hill plays with chronology as he sets the scene: a nurse has been threatened by her patient, Charles Manx, a convicted child abductor – but her co-workers don’t believe her because Charles is in a coma.

An old Silver Wraith with a frightening history. A story about one serial killer and his lingering, unfinished business.

Anyone could be next. 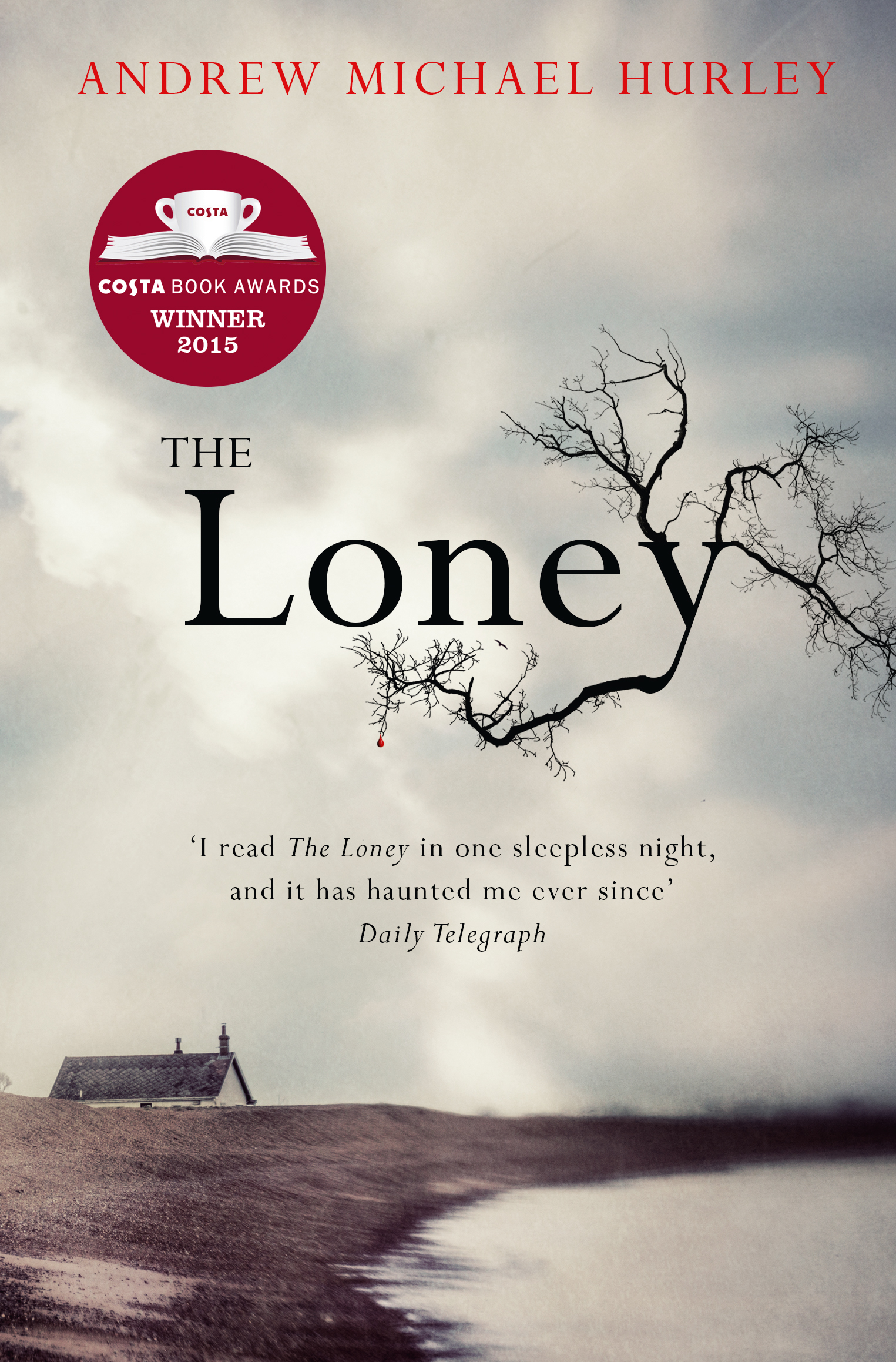 Two brothers. One mute, the other his lifelong protector.

Year after year, their family visits the same sacred shrine on a desolate strip of coastline known as the Loney, in desperate hope of a cure.

In the long hours of waiting, the boys are left alone. And they cannot resist the causeway revealed with every turn of the treacherous tide, the old house they glimpse at its end . . .

If I had to use one word to describe this book, I’d call it ominous. But because I can use as many words as I want, I’ll say that The Loney has in spades what many horror books try for and fail to achieve – a genuinely eerie atmosphere. Once you start this book it is hard to stop – like with pringles, you just have to keep going until you reach the horrific conclusion.

Winner of the 2015 Costa First Novel Award and the British Book Awards Book of the year 2016, The Loney is a stunningly haunting and unsettling bestseller. It’s hard to categorise – a suburban gothic, a thriller about faith and family, a literary exploration of the 1970s English coastline (but not boring like that makes it sound) – it is about a pilgrimage, the mysterious murder of a priest, a locked room and its sinister secrets; if you can sum all that up in one word, I’d love to hear it. 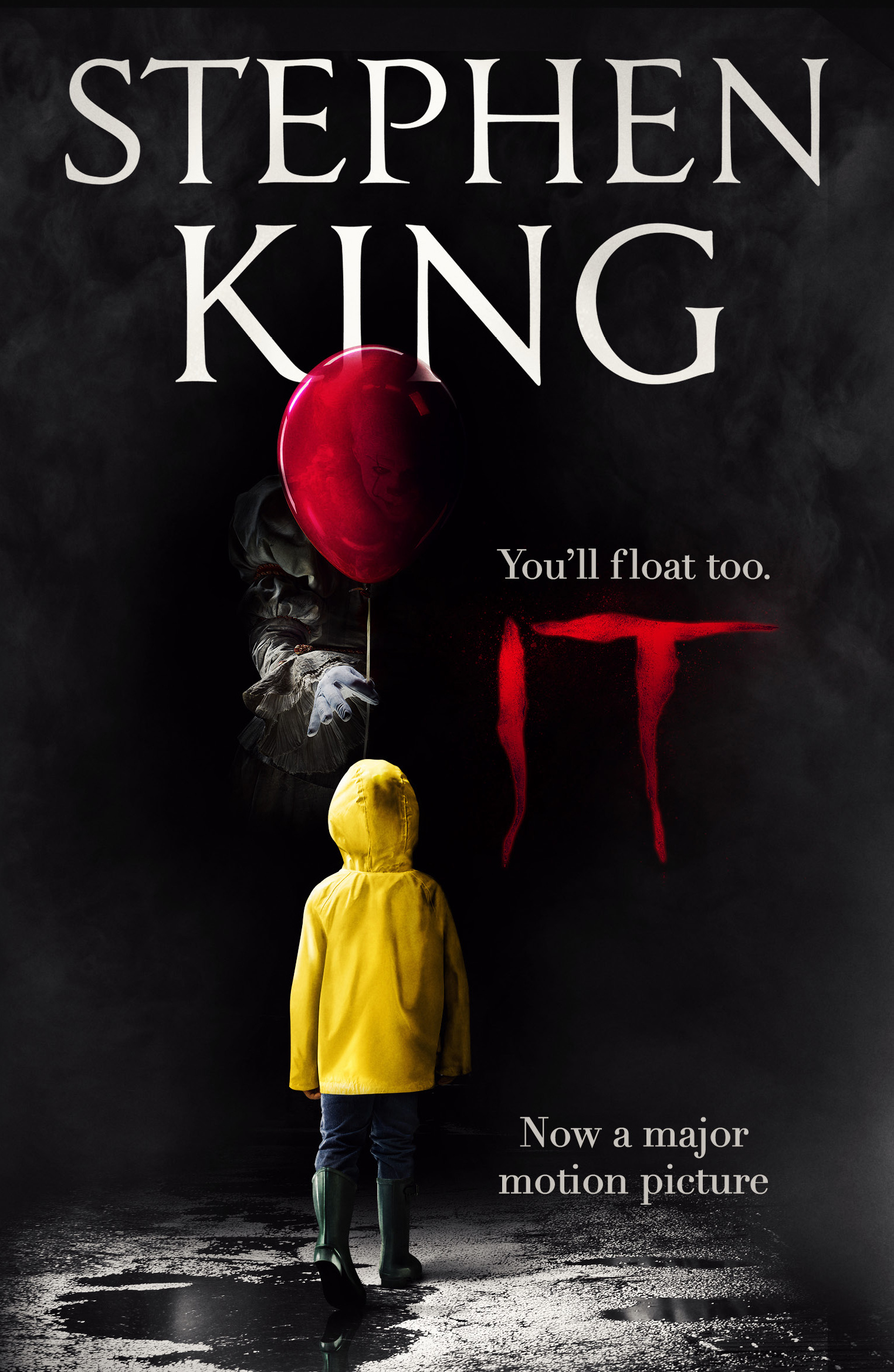 Horror’s having a moment right now, so let’s all hail the King (current screen adaptations include: IT, The Mist, The Dark Tower, Castle Rock to name just a few).

And if you’re looking for a classic, IT’s where you should start.

To the children, the town was their whole world. To the adults, knowing better, Derry Maine was just their hometown. A good place to live.

It is the children who see - and feel - what makes the small town of Derry so horribly different. In the storm drains, in the sewers, IT lurks, taking on the shape of every nightmare, each one's deepest dread. Sometimes IT reaches up, seizing, tearing, killing . . .

IT has the it-factor (I had to). There is just something about it that holds your attention across all 1200-or-so pages. Broken into two halves, we first meet seven young teens in the late 50s – the self-titled Losers’ Club – and we witness as IT appears to each of them, manifesting as their worst fear: like a boggart dialed up to eleven. IT feeds on children in a 27-year cycle, so we return to our Losers’ Club in the mid-80s, and it is King’s exploration of the loss of childhood that stays with you as much as the terrifying encounters with Pennywise.

A gripping thriller but also a gorgeously nostalgic look at America across the decades and what it means to grow up, IT is definitely worth your time. 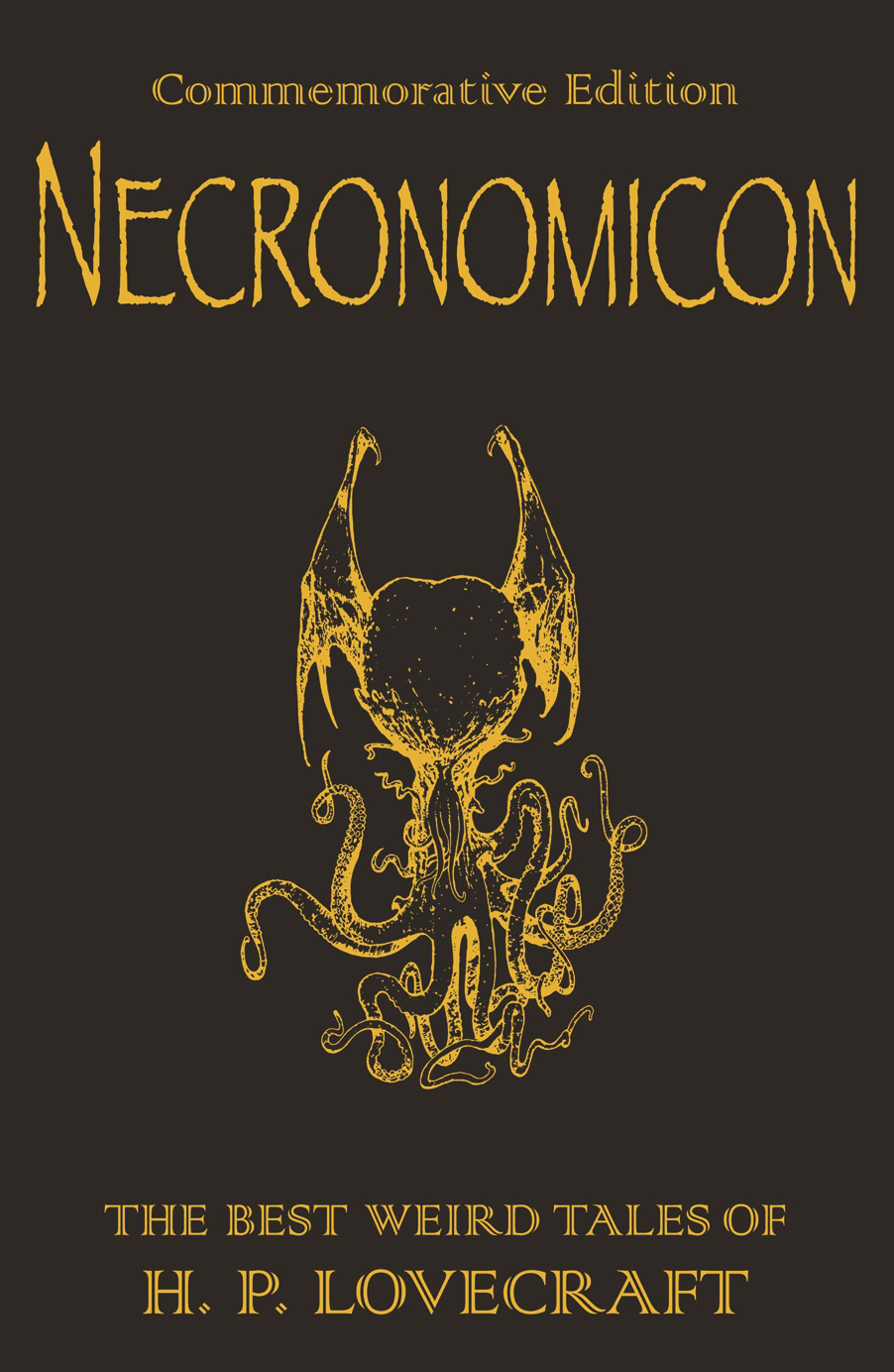 Named for the secret grimoire from Lovecraft’s tales, Necronomicon is a collection of some of his most chilling short stories and novellas – including the renowned ‘The Call of Cthulhu’. If you’re looking for classic horror, you can’t pass this up.

Mates with Harry Houdini (see ‘Imprisoned with the Pharaohs’ for an appearance of the famous magician), Lovecraft was an interesting guy with a pretty tragic home life – with both parents committed to the local asylum – and his stories draw from this. He was obsessed with an inexplicable cosmic doom, but also with madness, possession, dreams and nightmares, cannibalism, strange cities, witches, human sacrifice, secret books of spells and rituals, children’s bones in the walls, catacombs, monsters and – sometimes scarier than monsters – men and the actions they can perpetrate against one another.

Lovecraft’s style is dense and is not always the easiest read, but it is absolutely worth it for the claustrophobic and creeping terror he conveys.

It is said that the true Necronomicon is filled with truths and tales so terrible that they would drive the reader insane… read it if you dare.