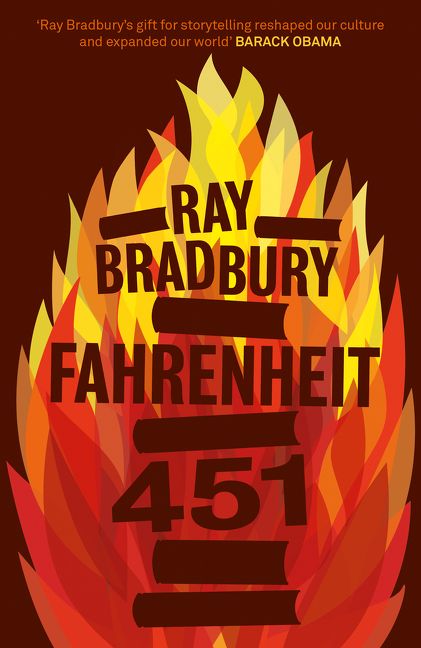 Given I’m writing books about Mars, you might think The Martian Chronicles would be here instead, but I’m a sucker for pretty much anything by Bradbury: he’s the one writer I wish I could write like, but can’t (and yes, I’ve tried). Here’s a story of a man whose very job becomes antithetical with his worldview. His growing alienation from his media-addicted wife and his well-meaning but ultimately wrong work colleagues is only fuelled by his friendship with his next-door neighbour, Clarissa. Inevitably, he stops burning books and starts reading them, losing everything material in the denouement but regaining his soul.

So what is it about this book? Strongly dystopian, full of hellish imagery, existentially bleak – actually, that’s pretty much what I’m writing at the moment. But, like Bradbury, I know that I mustn’t forget hope. And there is hope of building a better future there, not just for the few, but for the many. 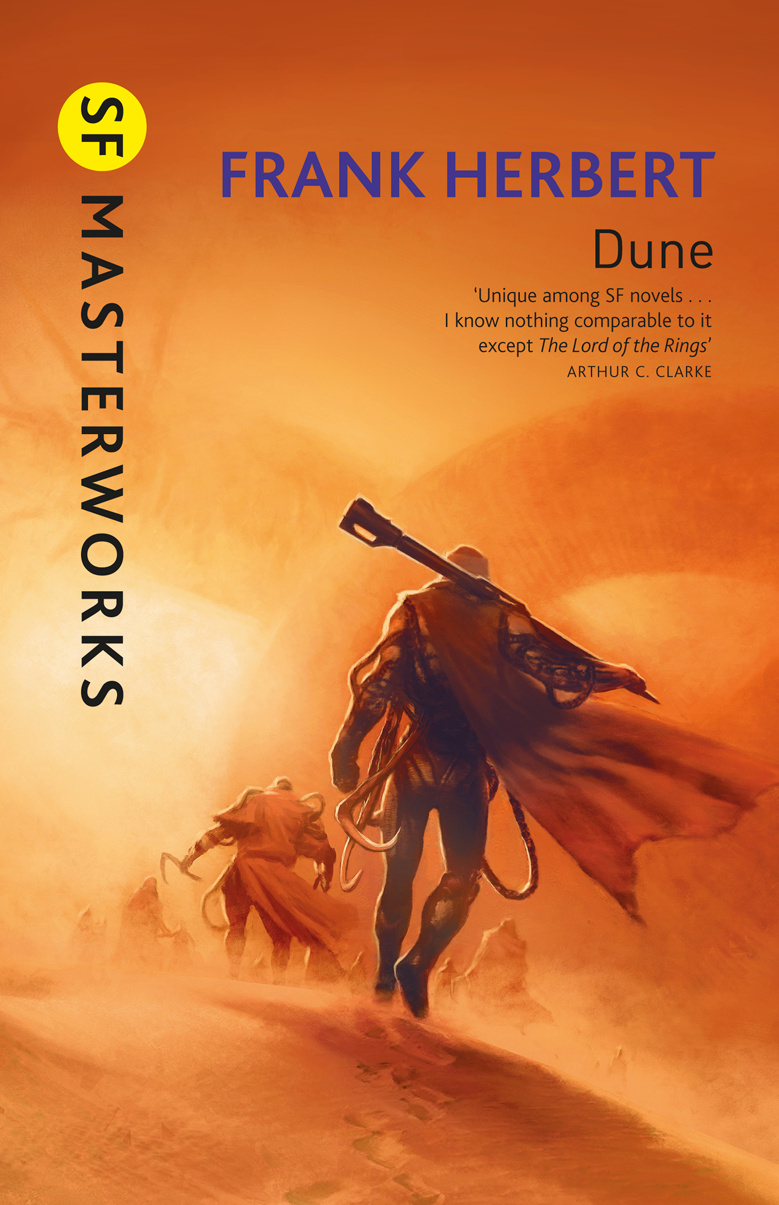 I had cause to re-read this recently and was struck by two things. Firstly, how thin the spine was – it had become as big as a sand worm in my imagination – and I couldn’t quite get my head around just how Herbert had packed so many ideas into such a short book. Secondly, just how well the story held up: it could reasonably have been published last year, and reviewers would still have called it expansive and visionary.

As, arguably, the first eco-SF novel, the planet itself is a character in the book. Subtly lethal at times, demonstratively so at others, reading this book taught me – unconsciously – the importance of making sure the environment in which the characters lived and acted was as real as possible. Not so much world building as world inhabiting, what remains after reading Dune is an ineffable sense of place. 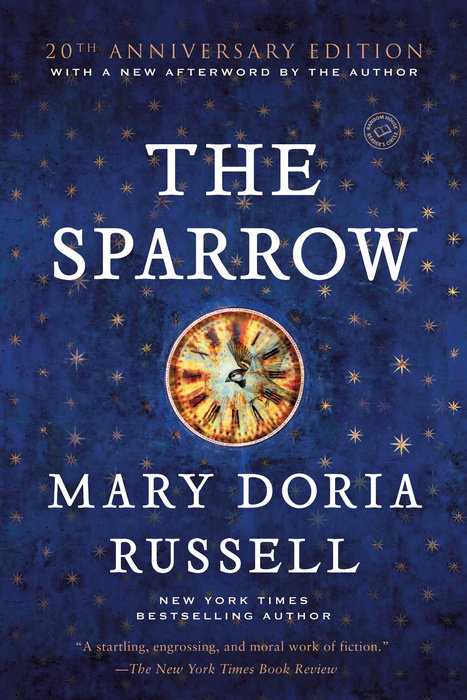 The Clarke-award-winning The Sparrow often features on my lists, because not only is it very very good at what it does, but I also get to wave it in my co-religionists’ faces when they say ‘you’re not allowed to write about Christianity in the secular market’. This book is essentially an exploration of theodicy (the problem of evil), using science fiction as the story-telling vehicle.

Yes, it’s a lot of other things beside – a First Contact novel, a study of an alien society by a well-intentioned and expert, but ultimately doomed, research team, even a love story – but it’s the fearless writing of complex theological concepts in this Jesuits-in-space tale that stay with me, and give me permission to do similar things in my own work. 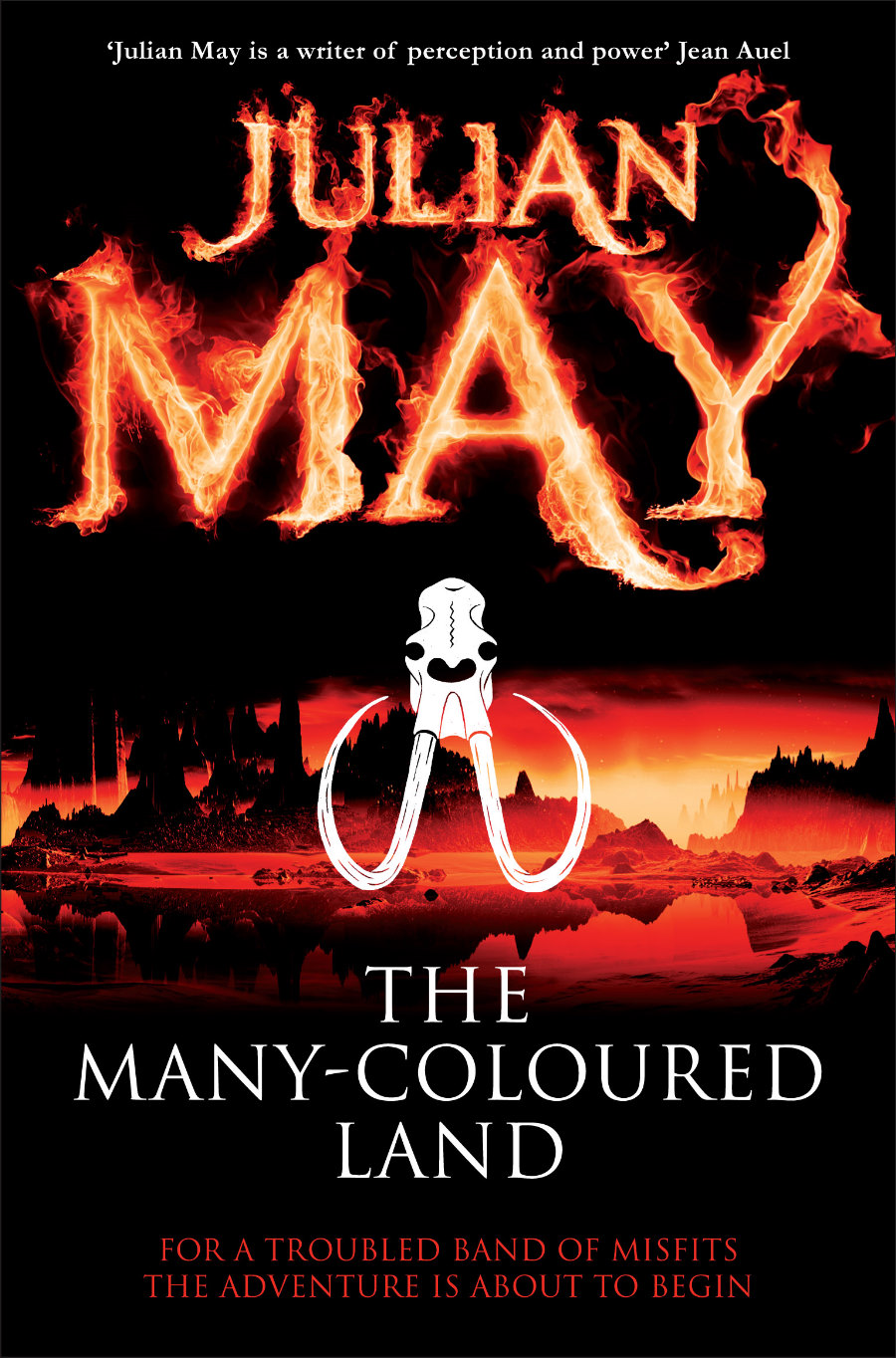 The Many-Coloured Land – Julian May

This pick is cheating, because what I’m going to do is suggest everyone read this, and then the other three books in the Saga of the Exiles, then Intervention, and then the next three books in the Galactic Milieu. Because what I want people to get a sense of is how one writer can create, out of nothing, a story arc that spans literally millions of years and still gets it to hang together from start to finish (and indeed, back to the start again).

The Books of Down (my fantasy series) were heavily influenced by May – the Saga of the Exiles is a portal fantasy par excellence – but it’s not so much the setting as the planning. I regret to this day that I didn’t get to meet her and ask her whether she had the timeline all written out on some huge roll of paper somewhere, or whether she held all those details in her mind. I am, by temperament, a pantser who doesn’t plan anything and just writes. But there is another way, and Julian May tells me that’s okay too. 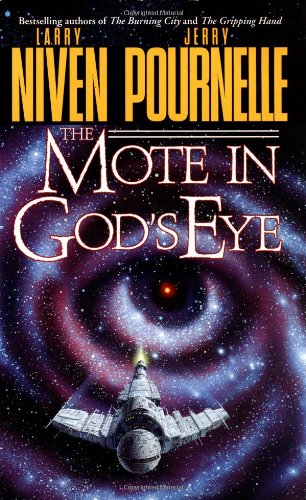 The Mote in God’s Eye – Larry Niven and Jerry Pournelle

For all its flaws – and they are present – The Mote in God’s Eye is an absolute humdinger of a book. The pacing, the plot, the twist (which, if you don’t see coming, has a visceral impact), are all top notch. What is truly astonishing is the alien race – the Moties – in all their varied forms. A proper set of aliens, with alien motivation, genuinely sympathetic and yet skin-crawlingly terrifying. No spoilers. If you’ve missed this, you’re in for a treat.