Learn about the shocking murders uncovered in The Husband Poisoner and other books by Tanya Bretherton.

The Husband Poisoner documents a series of murders that struck at the very heart of domestic life in Sydney. Just after World War II, hundreds of people were struck down by a mysterious illness. Symptoms included acute gastric distress, crippling nerve pain, paralysis and blindness. It took five years (from 1947–1952) for doctors, police and government scientists to identify a pattern: Sydney’s health crisis was caused by the active ingredient in a newly available rat poison called Thall-Rat.

Thall-Rat was produced in liquid form and sold in small glass vials as a form of pest control. Sydney residents were encouraged to bait wheat or meat with a few drops of Thall-Rat and leave it in a dark place for rodents. Thallium, the key active ingredient in Thall-Rat is a highly toxic heavy metal that is deadly to humans, even in small doses. It blocks nerve impulses and metabolic processes. Thallium can affect the lungs, heart, liver and kidneys and if ingested it totally destroys the nervous system.

Thallium offered women a unique opportunity to get away with murder. It was tasteless, odourless and colourless and a few drops could be added to each meal. In every documented case of thallium killing, the victim unwittingly ingested the poison in the food that had been prepared for them.

The most prolific thallium killer in Australia’s history was Caroline Grills, an unassuming suburban housewife and grandmother. It is rumoured that Caroline used thallium to poison as many as eleven close family members who lived in the lower north shore and inner suburbs of Sydney.

The first person in Australia who was convicted of murder by thallium was Yvonne Butler. Yvonne lived with two different husbands between 1947 and 1952 at her terrace in Newtown. Yvonne murdered both husbands by poisoning them with Thall-Rat. 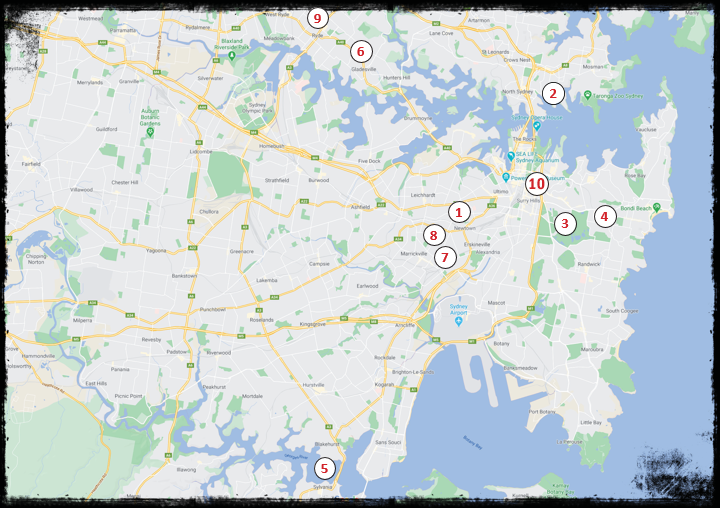 Learn more about Sydney's thallium killings in The Husband Poisoner, out now.

Reads to Inform, Invigorate and Inspire

Get your cogs turning with these fabulous non-fiction reads.

Esther Campion: Books That Changed Me

To celebrate Saint Patrick's Day, Irish poet and novelist Esther Campion shared with us the books that changed her.