The Commando by Ben Mckelvey 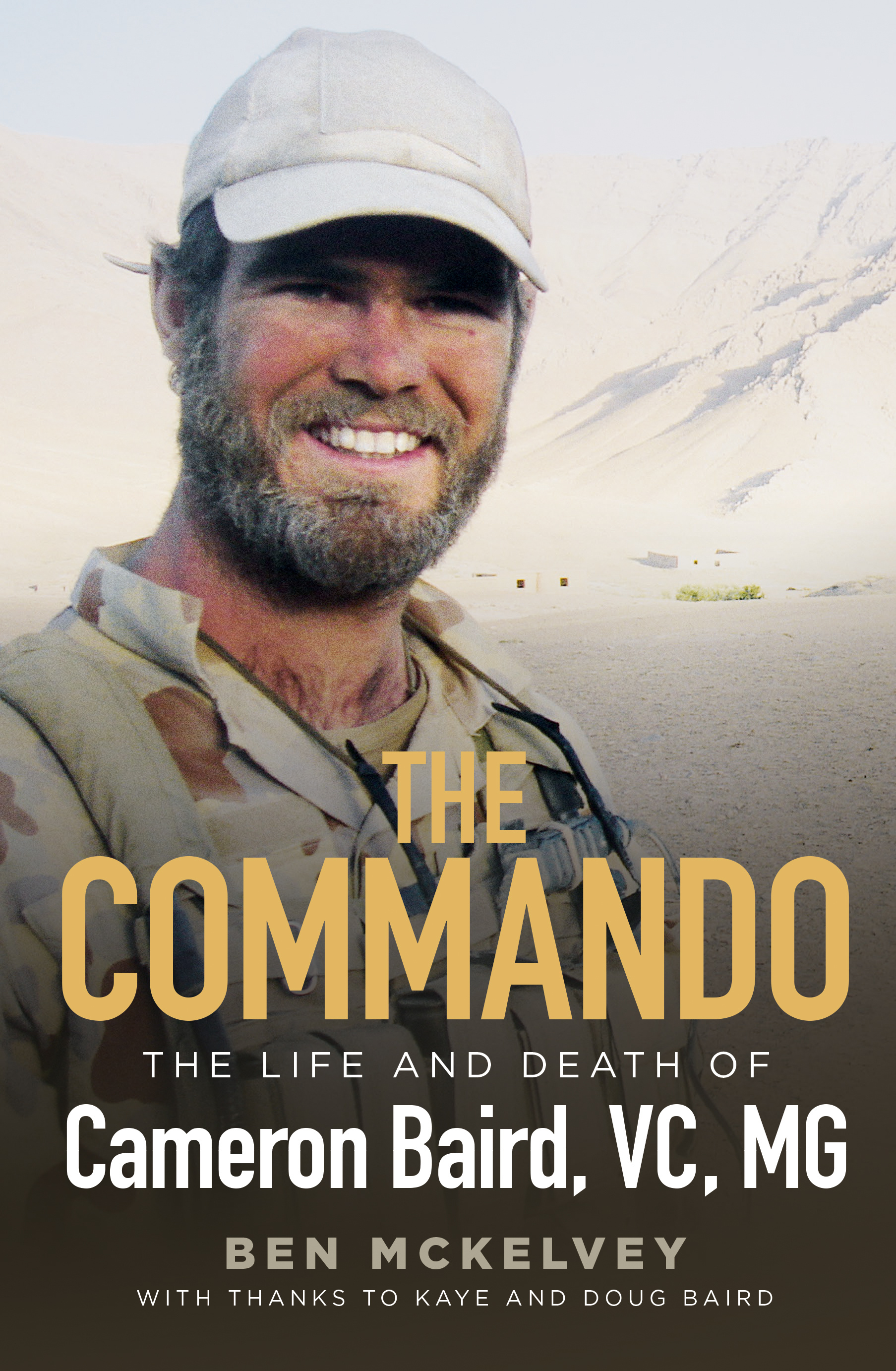 I didn’t have the privilege of meeting Cameron Baird but, having read his book, I know that I would have liked to. Cam was a loving son, brother, partner and loyal friend.  He was a focused, dedicated and exceptionally professional soldier.  A mountain of a man with a peak fighting weight of 100kg, he was a leader of men, who didn’t just lead from the front but charged.  He was loyal to his mates, loved his job and particularly the honour and adrenaline that can only be found in the fog of war whilst leading a team of highly skilled soldiers through its objectives in a kill or be killed battle. Cameron was selfless and would never ask someone to do a job that he was not prepared to do himself. His courageous and selfless personality led him to his final act of valour where he died protecting his mates, platoon and company.

Cam was also modest.  He initially refused the Medal for Gallantry and a promotion to Sergeant, until he could be convinced it was in the best interests of the men he fought with. Knowing this, I am pretty sure he would have been uncomfortable with the idea of being the subject of a book but, ultimately, I think he would have been pleased with The Commando, because it is not just about Cam.

Big picture, this is an important historical account, which charts over a decade of Australia’s involvement in the war in Afghanistan. As an avid consumer of the news, I thought I had a handle on Australia’s biggest military engagement since Vietnam, but now I feel I have a much more comprehensive understanding of the complexity of this violent and protracted war. 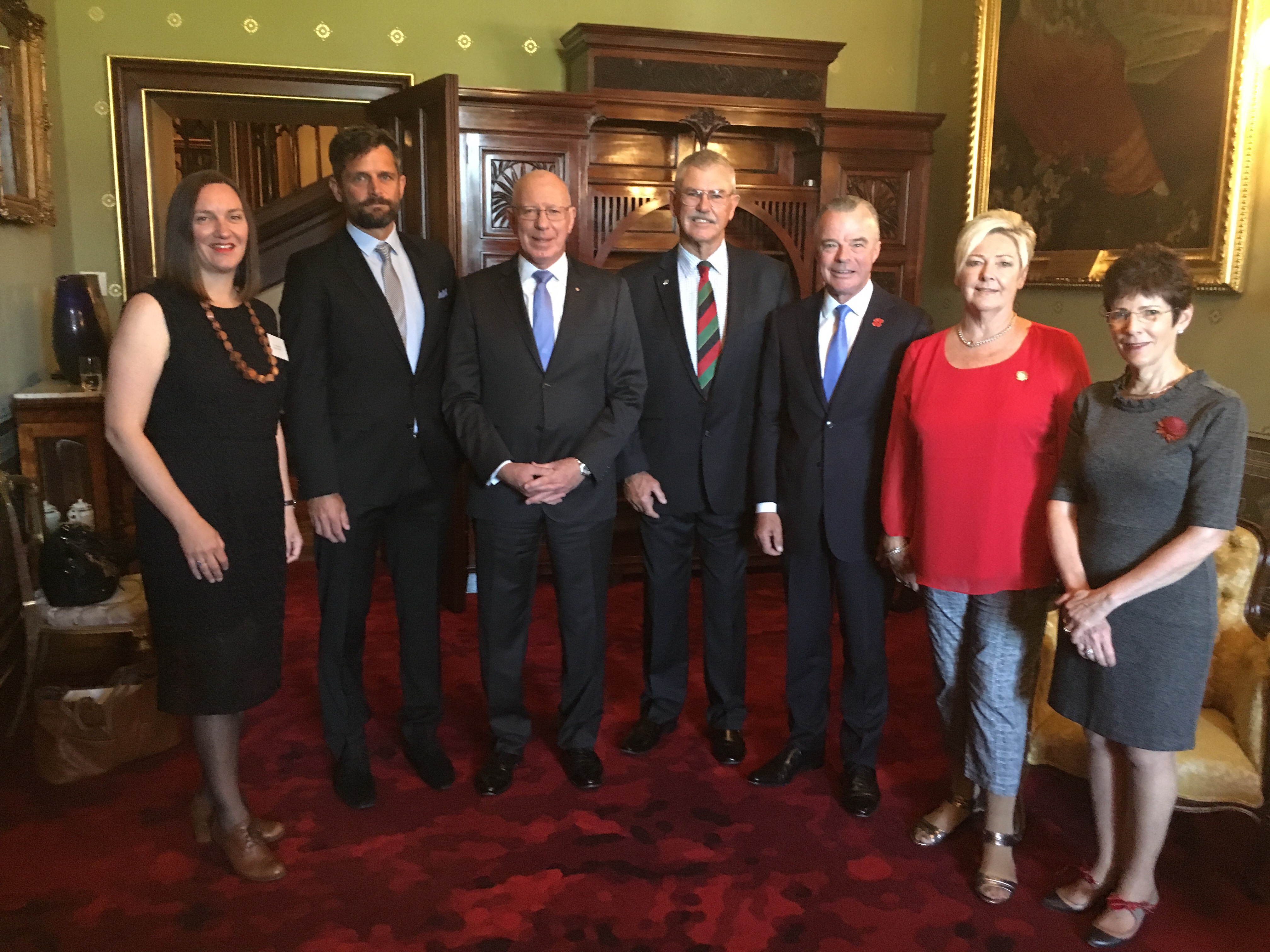 In addition, Cam’s service coincided with the transition of 4th Royal Australian Regiment (Commando) to 2nd Commando Regiment.  More importantly, as one commando told Ben, Vietnam was the making of SASR, but Afghanistan was the making of Australia’s full-time commando unit. This book is the story of all the commandos who trained and fought alongside Cam, how through years of extreme battle experience, these men became recognised as one of the world’s most elite fighting forces. Lieutenant Colonel Tim Porter says, ‘Commandos are all about the team before self, and that’s where their power is’. That is particularly true of Cam.  He would be pleased that through his story, Australian readers will also be reading the story of all modern commandos.

On a personal level, The Commando is a book for my family; in particular, this book is for my sister.  My brother-in-law is a commando. Over the years we have struggled to understand what pulled our big, gentle, loyal and family loving brother-in-law back to Afghanistan, rotation after rotation. I hope I will never truly have to understand the realities and the mechanics of war, but having read Cam’s book, I am part way there, and can now truly appreciate Cam and his brothers in arm’s exceptional service to this country.

On finishing the book, I texted my brother-in-law to tell him how proud I was of him.  He texted back saying he was just doing his job.  I can imagine Cam saying something like that to Kaye, I can imagine all our commandos saying the same thing to their families.  But it’s not true is it?  It takes an exceptional person to commit to the continuous training required to be an elite soldier, to be a commando.  It takes an exceptionally strong and committed person to thrive on the battlefield. It takes an exceptionally brave and courageous person to be willing to sacrifice their life to protect their brothers in arms, to be willing to lay down their life for their country.

From this group of exceptional people, these commandos, Cam stood out as a leader and his bravery was recognised with the Victoria Cross. I hope this book, The Commando, will be read by thousands of Australians, so that they, like me, can appreciate the sacrifice made by Cam and his fallen brothers.

Australians should know that we are safer in this fractured and volatile world, because 2nd Commando Regiment exists.

Behind The Brumby Wars

Walkley Award-winning journalist Anthony Sharwood shares how a peaceful walk in the mountains led him into the heart of a culture war.

Your chance to see Jessica Townsend on the Wundersmith Tour!

Meet Jessica Townsend as she celebrates the release of Wundersmith!