Hachette Australia is thrilled to congratulate Claire G. Coleman on being shortlisted for The Stella Prize 2018 for her debut novel, TERRA NULLIUS.

The Natives of the Colony are restless. The Settlers are eager to have a nation of peace, and to bring the savages into line. Families are torn apart, re-education is enforced. This rich land will provide for all. A daring debut novel from the winner of the 2016 black&write! writing fellowship.

The Stella Prize is a major literary award celebrating Australian women’s writing, and an organisation that champions cultural change. The prize is named after one of Australia’s iconic female authors, Stella Maria Sarah ‘Miles’ Franklin, and is open to entries of both nonfiction and fiction books by Australian women.

The Stella Prize winner will be announced on Thursday 12 April 2018.

For more information on The Stella Prize, head to their website. 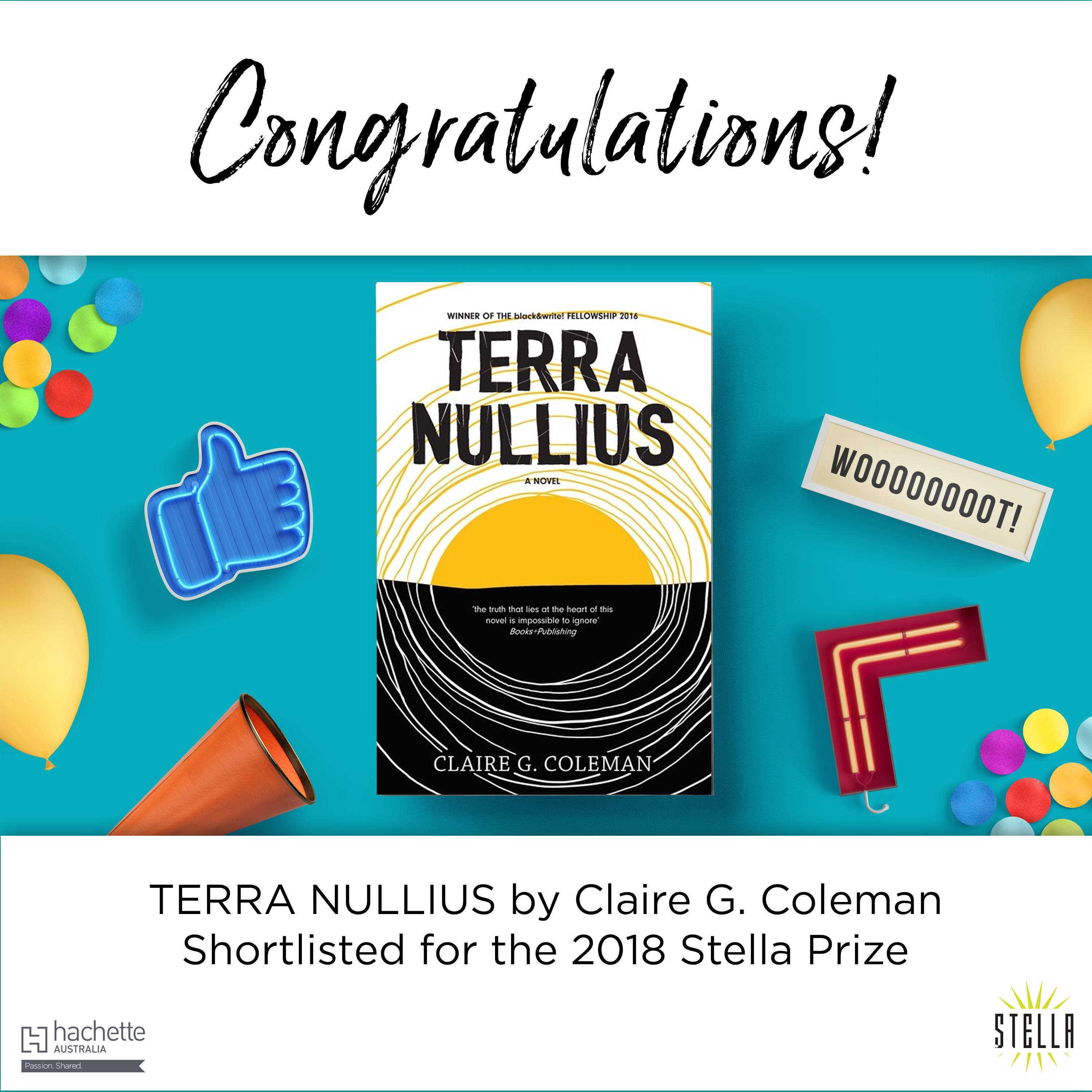 Hachette Australia is thrilled to congratulate Claire G. Coleman on being longlisted for The Stella Prize 2018 for her debut novel, TERRA NULLIUS.

Applications for the 2018 black&write! Fellowships are Open