This week’s episode of American Gods, the penultimate episode of the series, sees Realm team members Amy and Sophie in slight disagreement.

On the one hand, we’ve grown used to American Gods’ meandering way of following the book. There have been multiple detours, characters added and expanded, and new and unexpected tangents followed. This week’s episode was almost entirely dedicated to Mad Sweeney’s ‘Coming to America’ story and was taken closely from the novel, despite Essie being an Irish MacGowan instead of the Cornish Tregowan we knew her as. 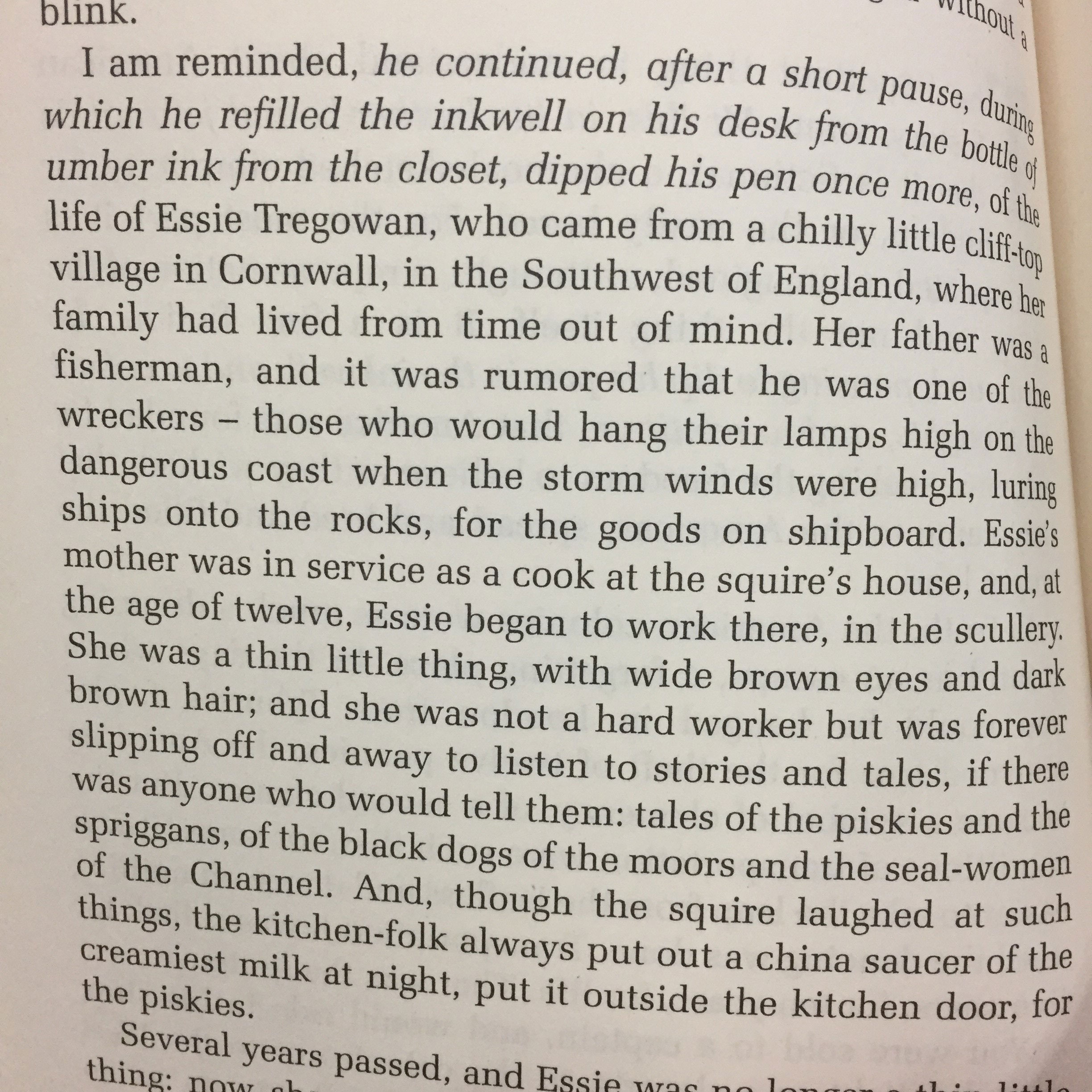 On the other hand, we found ourselves wanting more of Shadow and Wednesday, and a continuation of their story in the build up to the final episode next week. We were spoilt with plot development last week, the story moved on and Wednesday and Shadow were in fine form, so we do feel like this week’s episode somewhat lost the momentum that had started building. It’s not too dissimilar to reading The Two Towers where you’re in the Sam and Frodo bit and you just want to be back in the exciting Aragorn stuff where things are actually happening on a huge scale.

Nevertheless, there was plenty to love in this episode. The parallels drawn between Essie and Laura were far less obvious in the book and using Emily Browning to play Essie created an extra level of depth in Laura’s relationship with Mad Sweeney. We understand now why he felt such regret at the part he played in her death, and so we gain a greater empathy for his role as a pawn in Wednesday’s war. It was a beautifully shot scene that wordlessly brought out much greater depths.

He’s no longer reduced to just being a caricature of a leprechaun – he is a fully-developed character as a god now. Mad Sweeney represents the leprechauns of old before the cartoon characters brought out for each St. Patrick’s Day, and we finally see how he was revered and respected, making his life now all the more jarring. We understand the desperation and grief he feels at being forgotten, his decision to replace the coin in Laura’s chest as she lies splayed out on the road feels absolutely right, despite his previous determination to recover the coin.

And so, Essie and Mad Sweeney meet as old friends at the end of the tale, with a sense of acceptance and inevitability, and in some ways mirroring his new acceptance of Laura. 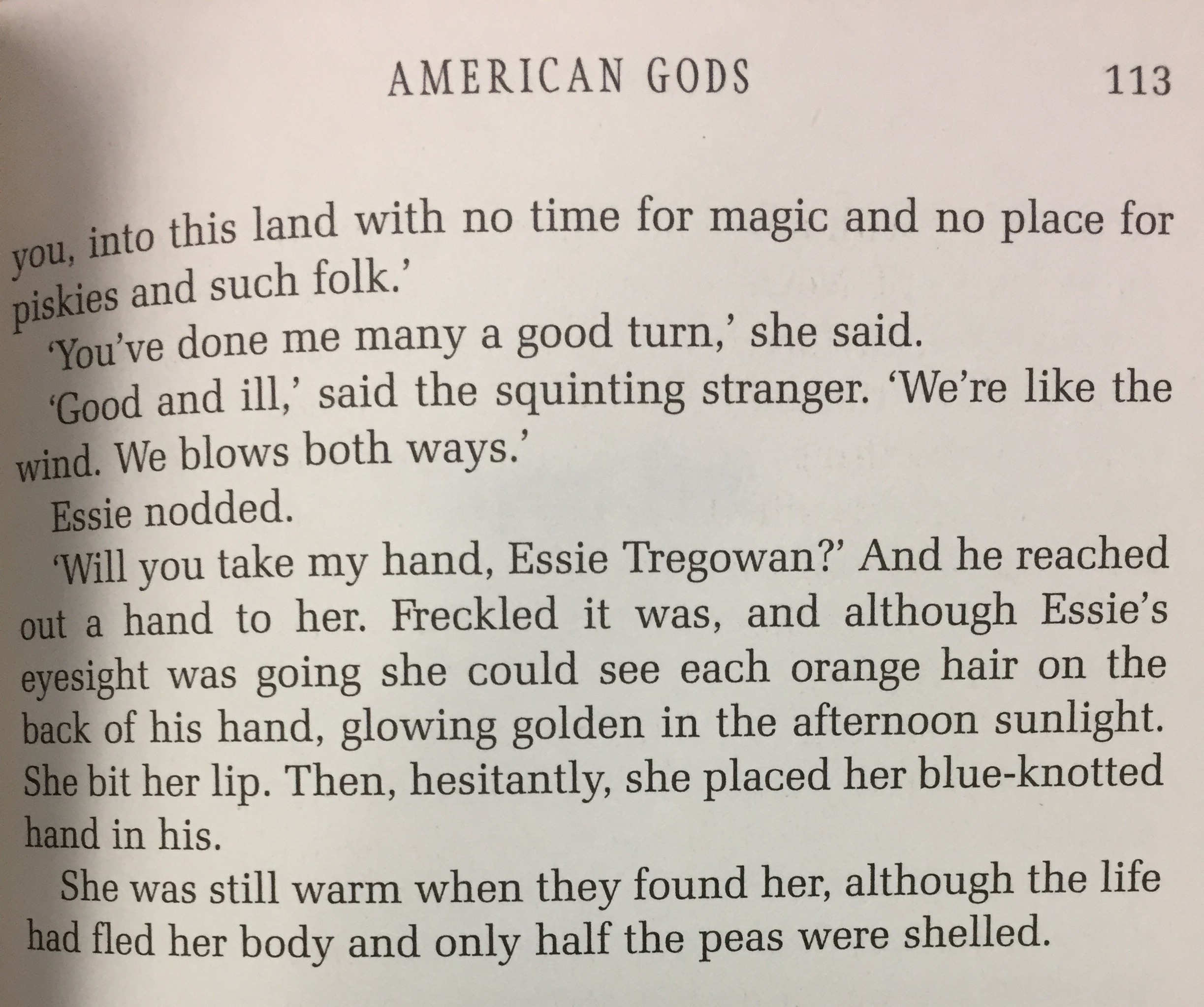 And finally, a shout out once more to the soundtrack on this episode. The music choices combined with the scenes playing out were inspired and managed to be both discordant and wonderfully appropriate at the same time.