Set in the Berlin Nightclub scene, three young men, all from different backgrounds, meet by chance. Tomorrow Berlin depicts the flawed character's lives spiral downwards, their lifestyles drawing them into a grimy abyss that threatens to eclipse them.

Berlin. A city where nightclubs stay open from Friday night till Monday morning. A city with an underbelly as dark and addictive as the 24-hour drugs, drinking, dancing and sex in filthy toilets that it serves up. Three young men, from different backgrounds, meet here by chance, struggling to find a future and to escape from the past. Tobias was violated as a child and tossed from one city to another by separated parents. Now he's got AIDS and can find only fleeting happiness with a new lover. Armand fled from his middle-class family home to live as a painter and set up house with a high-school sweetheart. Tugged between expectations, desire and responsibilities, he flees to give release his artistic soul. But at what cost? Franz was raised in a good, wealthy German family and believed he was capable of achieving anything he wanted. A job in a nightclub leads him into the Berlin underworld, where his life takes an unexpected turn and he is threatened with ruin. Berlin promises both escape and salvation for these three young men, in a stunning coming-of-age story by award-winning author Oscar Coop-Phane. With grace and affection, he depicts a cast of flawed characters whose lives spiral downwards, their lifestyles drawing them into a grimy abyss that threatens to eclipse them. A literary masterpiece, Tomorrow, Berlin is a compelling ode to youth and desire, and a stark reminder that escape can only ever be an illusion. 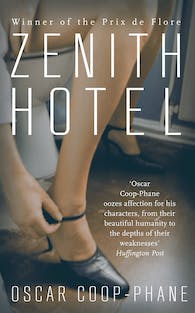