Pay the Price: an explosive and gripping gangland crime thriller that will keep you hooked!

The second in an explosive new Manchester-set gangland series, full of twists and turns and plenty of gritty danger...

The deadliest criminals of Manchester's murky underworld are back in an explosive new book!

When Fauzia's brother turns up with a dead body, her perfect life is shattered. She'll protect him to the ends of the earth, but who is he running from?

Keisha knows all too well that family comes first. Reeling from rejection, she's determined to make Malton pay. And she'll hurt him in the worst way imaginable.

Craig Malton is on the hunt for a violent drug lord who's wreaking havoc and destruction in Manchester. Little does he know what's coming for him... 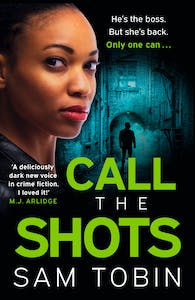 Call the Shots: a gripping, explosive, action-packed gangland crime thriller that will keep you hooked for 2022