Dagmar Shaw got out of the game . . . and into the movies.

Sean is a washed-up child actor reduced to the lowest dregs of reality television to keep himself afloat. His life was a downward spiral of alcoholism, regret, and failure - until he met Dagmar.

But Sean has secrets, dark even for the Hollywood treadmill of abuse, addiction, and rehab. And Dagmar is a cipher. There are dark rumors about her past - people tend to die around her. Now, she wants Sean for something. A movie, she says, but with her history, who knows what her real game is 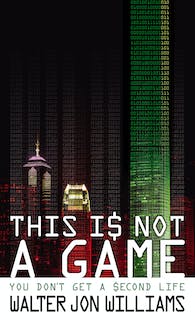 This Is Not A Game: You Don't Get a Second Life

Praise for The Fourth Wall