Promise of Blood: Book 1 in the Powder Mage trilogy

An explosive epic fantasy debut for fans of George R. R. Martin and Brent Weeks, which starts with a bloody coup and has action and intrigue on every page.

'The Age of Kings is dead. And I have killed it.'

Field Marshal Tamas's coup against his king sends corrupt aristocrats to the guillotine and brings bread to the starving. But it also provokes war in the Nine Nations, internal attacks by royalist fanatics and greedy scrambling for money and power by Tamas's supposed allies: the Church, workers' unions and mercenary forces.

Stretched to his limit, Tamas relies heavily on his few remaining powder mages, including the embittered Taniel, a brilliant marksman who also happens to be Tamas's estranged son, and Adamat, a retired police inspector whose loyalty will be tested to its limit.

Now, amid the chaos, a whispered rumour is spreading. A rumour about omens of death and destruction. Just old peasant legends about the gods returning to walk the earth. No modern educated man believes that sort of thing. . .

But perhaps they should. 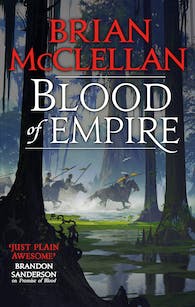 Blood of Empire: Book Three of Gods of Blood and Powder 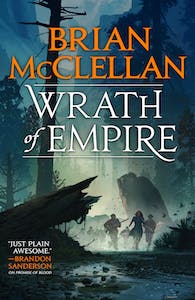 Wrath of Empire: Book Two of Gods of Blood and Powder 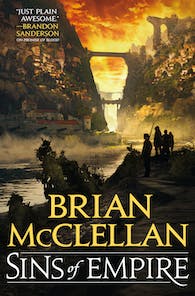 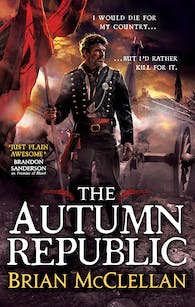 The Crimson Campaign: Book 2 in The Powder Mage Trilogy 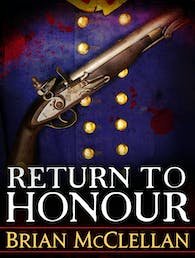