Meet US-born Australian venomologist Bryan Grieg Fry, the man with one of the most dangerous jobs in the world - working with the world's deadliest creatures.

Welcome to the strange and dangerous world of the VENOM DOC.

Imagine a three-week-long first date in Siberia catching venomous water shrews, and later a wedding attended by Eastern European prime ministers and their bodyguards wielding machine guns. Then a life spent living and working with snakes. Lots of very, very poisonous snakes and other venomous creatures ... everything from the Malaysian king cobra to deadly scorpions.

In this action-packed ride through Bryan's life you'll meet the man who's worked with the world's most venomous creatures in over 50 countries. He's been bitten by 26 poisonous snakes and stung by three stingrays - and survived a near-fatal scorpion sting while deep in the Amazon jungle. He's also broken 23 bones, including breaking his back in three places, and had to learn how to walk again. But when you only research the venom you've collected yourself - the adventures, and danger, will just keep coming ...

Dividing his time between scientific research and teaching at the University of Queensland, and TV filming and collecting expeditions around the world, Bryan and danger are never far from one another. 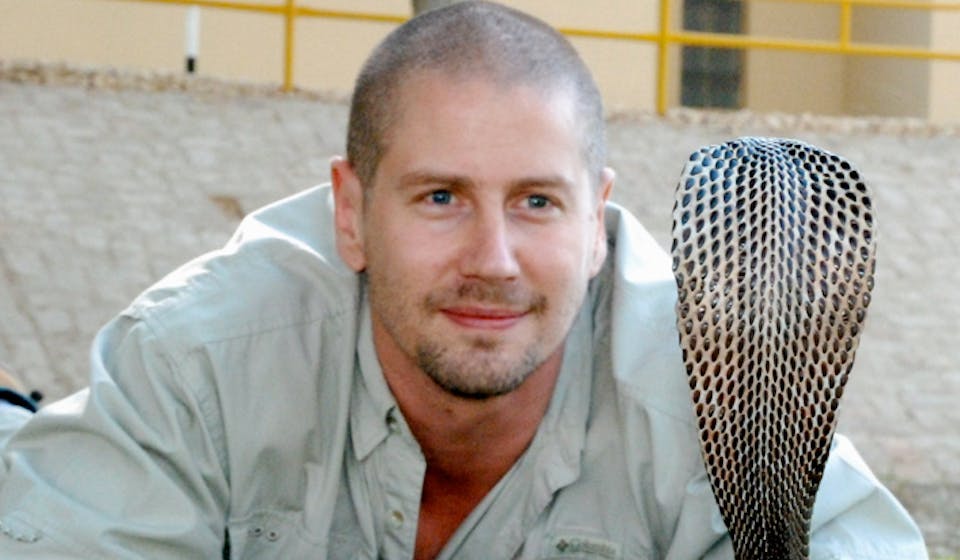 Bryan Grieg Fry was born and educated in the US, but has worked in Australia since 1997, and is presently Associate Professor in the School of Biological Sciences at the University of Queensland.

An internationally known scientist and television personality, Fry's papers have been included in leading magazines such as NATURE. He has been published in WIRED, COSMOS, NATIONAL GEOGRAPHIC and has featured in over 40 documentaries on Animal Planet, BBC, Discovery Channel and National Geographic TV.