The Wolf of Wall Street

The bestselling book is about to become the must-see movie of the Australian summer.

By day he made thousands of dollars a minute. By night he spent it as fast as he could, on drugs, sex, and international globe-trotting. From the binge that sunk a 170-foot motor yacht, crashed a Gulfstream jet, and ran up a $700,000 hotel tab, to the wife and kids who waited for him for at home, and the fast-talking, hard-partying young stockbrokers who called him king and did his bidding, here, in his own inimitable words, is the story of the ill-fated genius they called ...

THE WOLF OF WALL STREET

In the 1990s Jordan Belfort, former kingpin of the notorious investment firm Stratton Oakmont, became one of the most infamous names in American finance: a brilliant, conniving stock-chopper who led his merry mob on a wild ride out of the canyons of Wall Street and into a massive office on Long Island. Now, in this astounding and hilarious tell-all autobiography, Belfort narrates a story of greed, power and excess no one could invent: the story of an ordinary guy who went from hustling Italian ices at sixteen to making hundreds of millions. Until it all came crashing down. 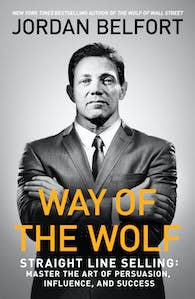 Way of the Wolf: Straight line selling: Master the art of persuasion, influence, and success

Catching the Wolf of Wall Street 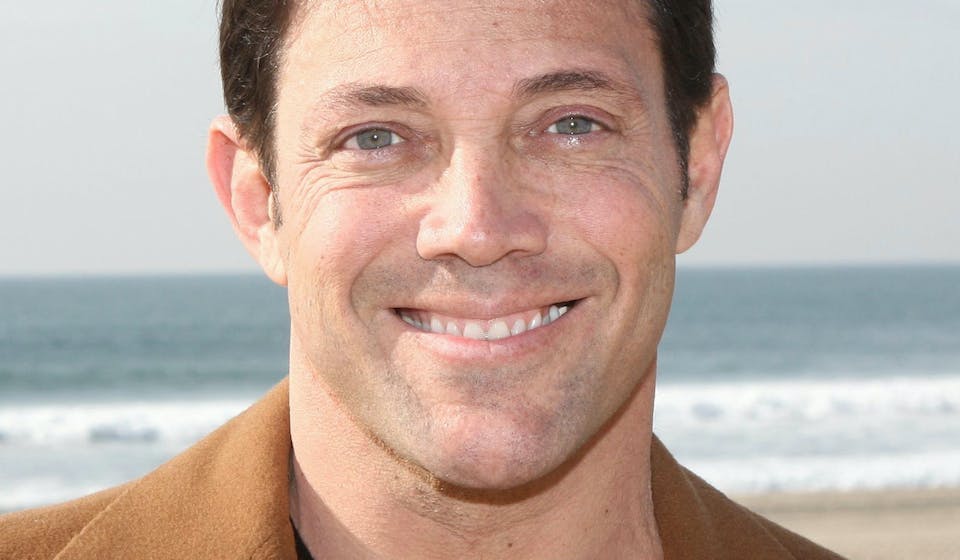 Jordan Belfort was born in Queens, New York. He hustled ices to put himself through college, showing early entrepreneurial flair. His first business sent him bankrupt at twenty-four so he went down to Wall St with $100 in his pocket and ended up building one of the largest brokerages in America - the now infamous Stratton Oakmont. A hard partying lifestyle ended in crash and burn. Ultimately indicted by the federal government, Belfort served twenty-two months in prison, and time in rehab. He's now a highly successful motivational speaker. His story is being made into a movie starring Leonardo DiCaprio and directed by Martin Scorsese. He is currently living in Los Angeles.