In this extract from Stuff You Should Know: An Incomplete Compendium of Mostly Interesting Things, discover the long and short of facial hair.

There are really only two types of facial hair: beards and mustaches. Every style of facial hair you’ve ever seen is one of these two, or a combination of both.

Think about it like part of a Linnaean taxonomy of human traits that we just made up but totally makes sense, where facial hair is a Family, beards and mustaches are each a Genus, and their many varieties are individual species that could interbreed, as it were, to create hybrid subspecies like the duck-billed platypus of the facial hair Family, the soul patch.

This might seem self-evident when you take a second to think about it, but then why would you be thinking about this at all unless you work in the relatively booming beard care industry or you’re a pogonophile—a lover of beards and the bearded. The Economist wrote about that very philia in a 2015 article about the growing trend of beardedness while reporting from the National Beard and Mustache Championship that was taking place in Brooklyn that year . . . obviously.

If you are breathing right now, then you must be aware that the beards the Economist reported on were part of more than just a passing trend. Facial hair grew more popular over the rest of the decade until it became a full-blown phenomenon of twenty-?rst-century maleness. It even had a cameo in the novel coronavirus pandemic that started to spread around the globe in early 2020. Media outlets stumbled on a 2017 info-graphic from our friends at the Centers for Disease Control right here in our hometown of Atlanta. It showed which facial hairstyles were okay with a standard face mask and which styles were less ideal because they “crossed the seal,” allowing all manner of nasty little things access to your wide-open mouth.

Infographics are neat, especially the unintentionally interesting ones, and this particular one got our attention. It shows thirty-six distinct styles:

Fourteen mustaches, twelve beards, nine beard-mustache hybrids, and a clean-shaven option. When we noticed that more than two-thirds of these styles were less than optimal for proper mask usage, the chart revealed something we hadn’t thought of before: facial hair doesn’t seem particularly functional, at least not in the way we typically think about functionality in the high-tech, go-go, N-95 mask wearing world of today. And if that’s true, then the question is: why do we have facial hair at all?

It’s here that we found, to our great excitement, that scientists aren’t exactly sure. But they have come up with a best evolutionary guess that makes a lot of sense, if you take a step back to see the forest for the trees—or the beard for the whiskers, as it were.

PUTTING THE "FUN" IN FUNCTIONAL

As it turns out, facial hair is not a functional physical human trait in the way we thought it was for many years. It’s an ornamental one. In fact, of all the physical features on the human body—including other kinds of hair—facial hair is the only one that is purely or primarily ornamental. That is, it doesn’t actually do anything or perform any kind of speci?c physiological function. Just take a look at what the rest of our hair does for us:

But facial hair? You will notice it doesn’t appear on that handy list of adaptive hairy traits. 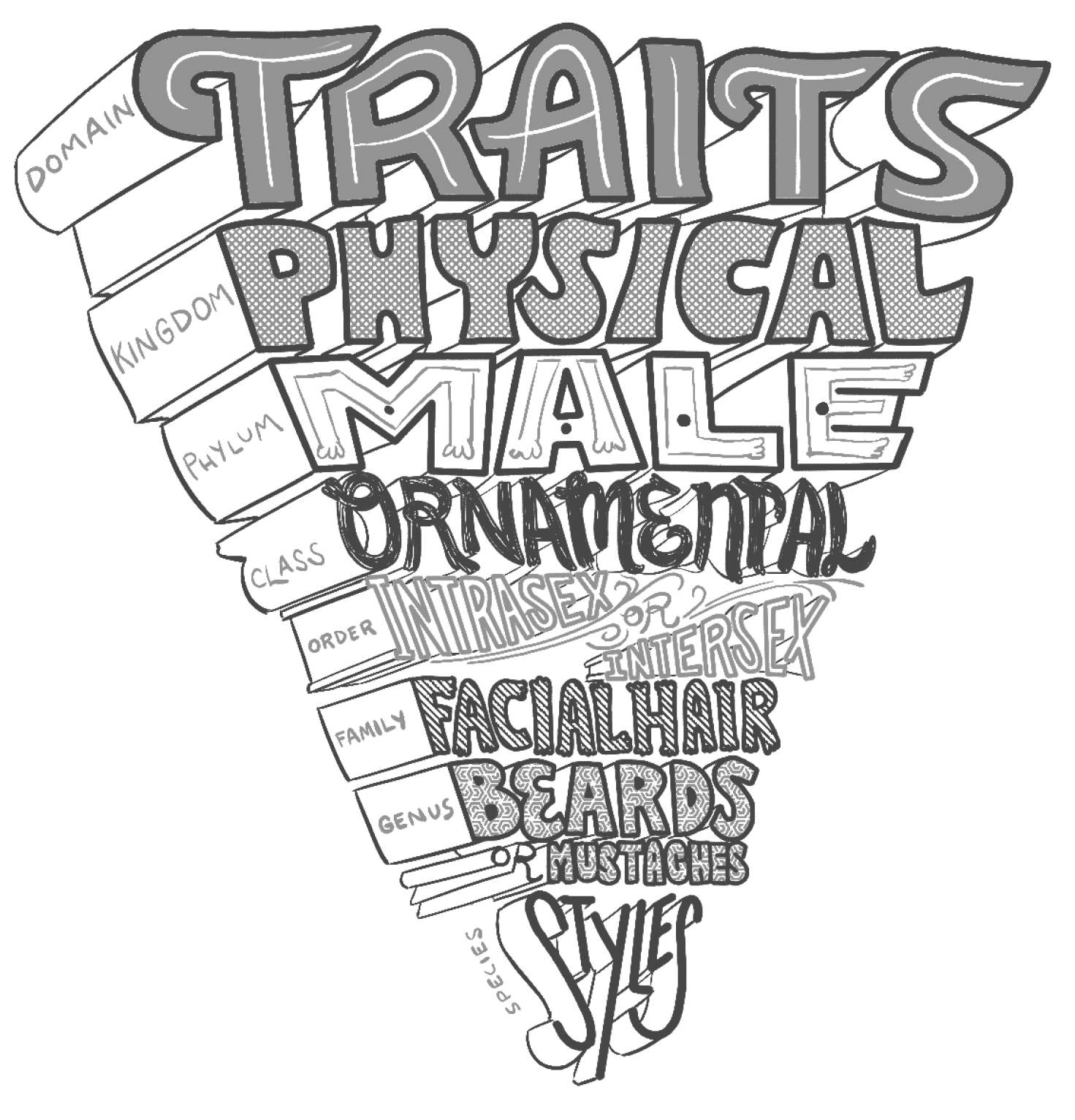 In the early days of studying this kind of stuff, evolutionary biologists thought it might serve thermoregulatory or prophylactic purposes similar to body hair and pubic hair. Beards and mustaches are around the mouth, after all, and the mouth takes in food and other particles that might carry disease. Beards and mustaches are also on the face, which is connected to the head, which loses a lot of heat out of its top if it isn’t covered by hair. It all makes sense when you look at it that way.

Except there’s a problem with this theory: it leaves out 50 percent of the population, i.e., females. Natural selection is ruthless, and it has sent A LOT of species the way of the dodo—for instance, the dodo—but rarely, if ever, does it select for a trait in a species like that and leave half the population hanging, especially the half that makes all the babies (i.e., the most important half). If facial hair were meant to perform important functions, it would be present across both sexes. Instead, thick, mature facial hair is present almost exclusively on the male half of the species, and its only job is to sit there on the face of its wearer as a signal to everyone who crosses his path.

Want to learn more about facial hair, and other mostly interesting things? Grab a copy of Stuff You Should Know: An Incomplete Compendium of Mostly Interesting Things by Josh Clark and Chuck Bryant, out 24 November 2020.

He likes cards. Even weird ones.