I've been reading SFF since I was quite small, and spent a lot of weekends during my childhood at the local public library. As a result, I've read a lot of things that I no longer remember but that I don't doubt have had a profound impact on me as a writer and as a reader--I'm thinking of at least two Scholastic publications that I know I read multiple times but I have no idea what they were called or who wrote them, for instance. At any rate, I've read enough that it's difficult to list only five books that were important or defining for me. But here are five books that definitely shaped my tastes as a reader, and quite likely my preoccupations as a writer. 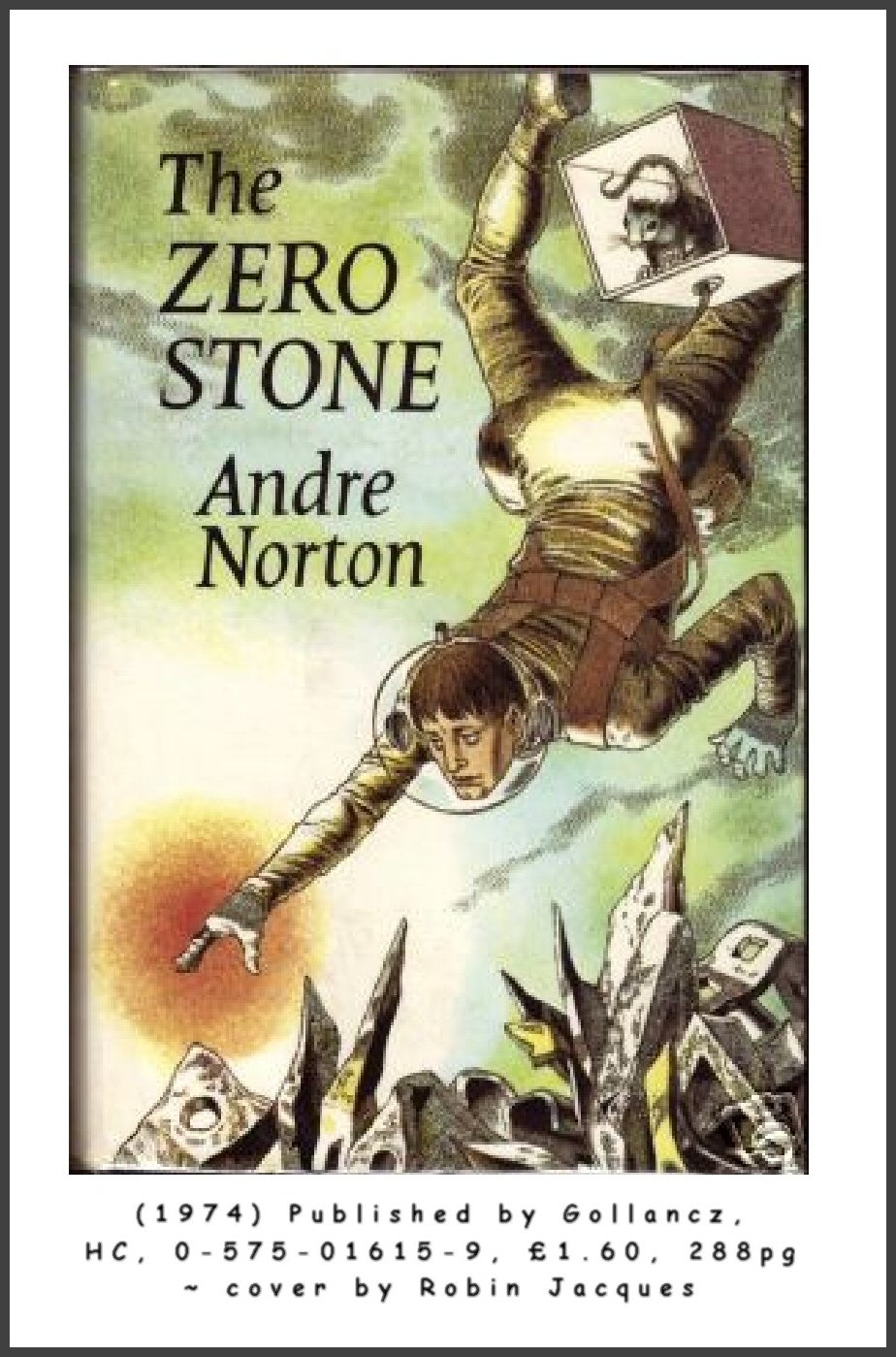 The Zero Stone, by Andre Norton

Andre Norton wrote literally hundreds of books. Some of them were better than others, but the best of them stuck with me, and I've re-read them many times. The Zero Stone features several of Norton's favorite themes--the child of questionable parentage who has been rejected (or not fully accepted) by their mother; mysterious and powerful ancient alien artifacts; aliens with psi powers; and cats. Murdoch Jern is the son of a master gemologist, a pawnshop owner who works for the mob. When he's murdered in an attempt to find an extremely powerful alien artifact in his possession, Murdoch leaves home (with the artifact, of course) to set out on his own career, but finds himself fleeing for his life. This book is pretty much non-stop adventure, and Murdoch and his sardonic sidekick, the ancient alien Eet, reincarnated by way of the ship's cat, make an engaging pair.

The first Jack Vance I ever read was a short story called "The Mitr." In retrospect, it's kind of a messed up story for a twelve-year-old girl to come across, but I loved it. There was something about the style that just pulled me in, even though I didn't understand much of the story itself. When I saw Wyst: Alastor 1716 by the same author on a department store book rack, I lost no time digging my little bit of allowance money out of my pocket.

This is one of three novels set in the Alastor Cluster, thousands of worlds all ultimately ruled by the Connatic, who sometimes travels in disguise. Once again, there are parts of this novel that twelve-year-old me didn't read (or understand) the way I would read them now, but Vance's knack for building strange but ultimately believable human societies, the careful, sometimes almost stilted, formality of his sentences, his wry sense of humor, and his flair for visual description are irresistible to me. 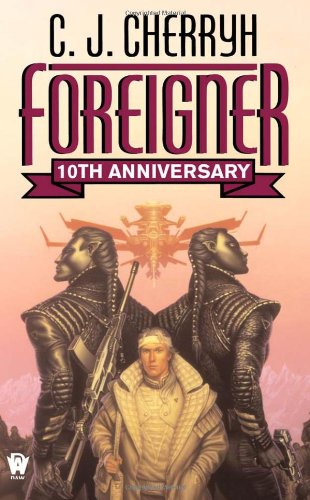 People who have read my first novel sometimes make various guesses about what SF writers might have influenced my work. Lamentably few of those guesses include C.J. Cherryh, but the fact is her work, and Foreigner, in particular, has left a recognizable mark on the Ancillary trilogy. Bren Cameron, the single diplomat representing a shipwrecked fragment of humanity to the alien Atevi, spends the novel isolated from other humans, unsure of his understanding of the Atevi. Something has clearly gone wrong with Atevi-Human relations but no one will tell him what that thing is. Still, his words and actions will affect the future survival of humans on the planet. This is a novel very closely concerned with language and culture, and what it means to be human.

The Crystal Cave, by Mary Stewart

The first volume of a trilogy narrated by Merlin--yes, that Merlin--this was my first introduction to a particular sort of Arthurian retelling, and one that sent me looking for as much Arthurian literature as I could find. Stewart's Merlin--a descendant of a Roman emperor, and dedicated to preserving Roman Britain from the waves of Saxon invaders-- is sympathetic and engaging, though his assumptions about women's abilities and potential prove his undoing. After all these years this trilogy remains one of my favorite Arthurian adaptations.

The Crystal Gryphon, by Andre Norton

Yeah, I try not to repeat authors on lists like this, but it just goes to show how outsize a shadow Norton cast on my reading when I was young. I own two copies of this book because my first has nearly fallen apart. Kerovan and Joisan are proxy-married during childhood, and before they can meet in person war comes to the Dales, where they live. Kind of a relief to Kerovan--his mother meddled unwisely with ancient powers, and as a result Kerovan was born with hooves instead of feet, and wonders what other curses he might carry. He dreads Joisan meeting him in person and learning much more about him than she already knows. Joisan, driven from her home by the war, of necessity, becomes a leader of her band of refugees, and is far stronger and more tough-minded than Kerovan--or she herself-- realizes. This was among the first few of Norton's books that I ever read, and it's still a big favorite of mine.