Get the inside scoop on Victoria Aveyard's visit Down Under!

On Tuesday May 15, the final book in the Red Queen series hits shelves. We can’t believe our countdown is into single digits.

But before the big day comes, we wanted to give you a look at all the super cool things that happened during Victoria Aveyard’s visit Down Under. 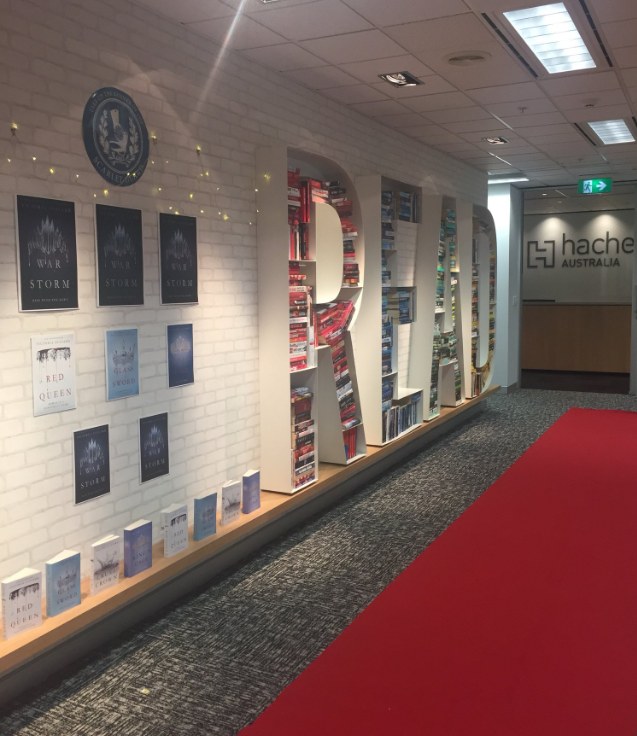 The lucky Reds in Melbourne and the Gold Coast had the chance to rub shoulders with Victoria when she attended both Supanova conventions in late April.

Picture this: you’ve been asked to accompany Victoria Aveyard on an author tour for a week and a half, what do you do next?

For Andrew, one of the newer members of the Date a Book team, he started feeling a little bit smug and a little bit guilty that he was going on tour with Victoria when there were so many mega fans in the office. Armed with just his personality and the knowledge that Victoria is a big Lord of the Rings fan they met for the first time in Melbourne for breakfast and the rest, they say, is history … just kidding, we are going to elaborate.

First up was Melbourne Supanova and a waiting signing line of eagre Reds (I mean, some of them could have been Silvers, who’s to know?) Even when you’ve been helping Victoria sign for hours the fans’ excitement was pretty contagious. We had a group of screamers, a crier and some aspiring writers in the line and the Tim Tams Victoria received, ohhh so many Tim Tams.

In between signing sessions, we would relax in the green room and Andrew would do his best to scope out the other guests using only the skills he learnt from watching Spy Kids as a child. This included waiting for Victoria to sit near some of the stars and then playing it very cool, going to get food from the buffet at the same time as the actors, obviously followed by some dive rolls and bugging the various tables to listen for gossip.

There were many YA and Red Queen Panels, Victoria spoke about:

There were also the VIP parties on the Saturday night of both weekends: another perfect opportunity to convince the actors and authors of their place amongst them. Andrew again played it cool and low-key by wearing a blue sequin jacket to the Gold Coast party. Most of the guests didn’t stay late into the night but we did manage to have a drink with Bob Morley (Bellamy, The 100) and others as we got back to the hotel. Insert emoji with love-heart eyes.

Luckily the authors stuck together at these events so we had a lot of fun some other Hachette authors, Maria Lewis, Terry Brooks, Keri Arthur and Ian Irvine as well as spending time with Lynette Noni and Corey J. White.

But it wasn’t just the Supanova events that had the Date a Book team excited! We experienced a couple of firsts during Victoria’s visit to Sydney: we went live on social media twice!

On Instagram, our self-professed in-house super fan Kim, got a behind the scenes look at how Victoria plans her stories. Kim had to try really hard not to run off with an advanced copy of War Storm and not to act like a fool in front of one of her author crushes.

(Kim also had a bit of a surreal moment when the lovely hosts of Royally Bookish published GIFs of the Instagram interview – immortalised on Tumblr with Victoria Aveyard!)

Our second live moment came during Victoria’s sold out event in Sydney, hosted by the fantastic Dymocks crew and their YA expert Emily.

Victoria was hit with some old and new questions – Emily managed to surprise her twice with questions she’d never been asked before! You can watch the live event on the Date a Book Facebook page.

We had a brief break to pick winners of the costume competition. Cosplaying Cameron Cole took the main prize, but we had a little something for all readers who dressed up. Then it was on to the epic signing line, which included more Tim Tam gifts from the fans.

Special shout out to all the YA parents who turned up to support their teen’s love of reading; you were awesome as professional photographers of the night! 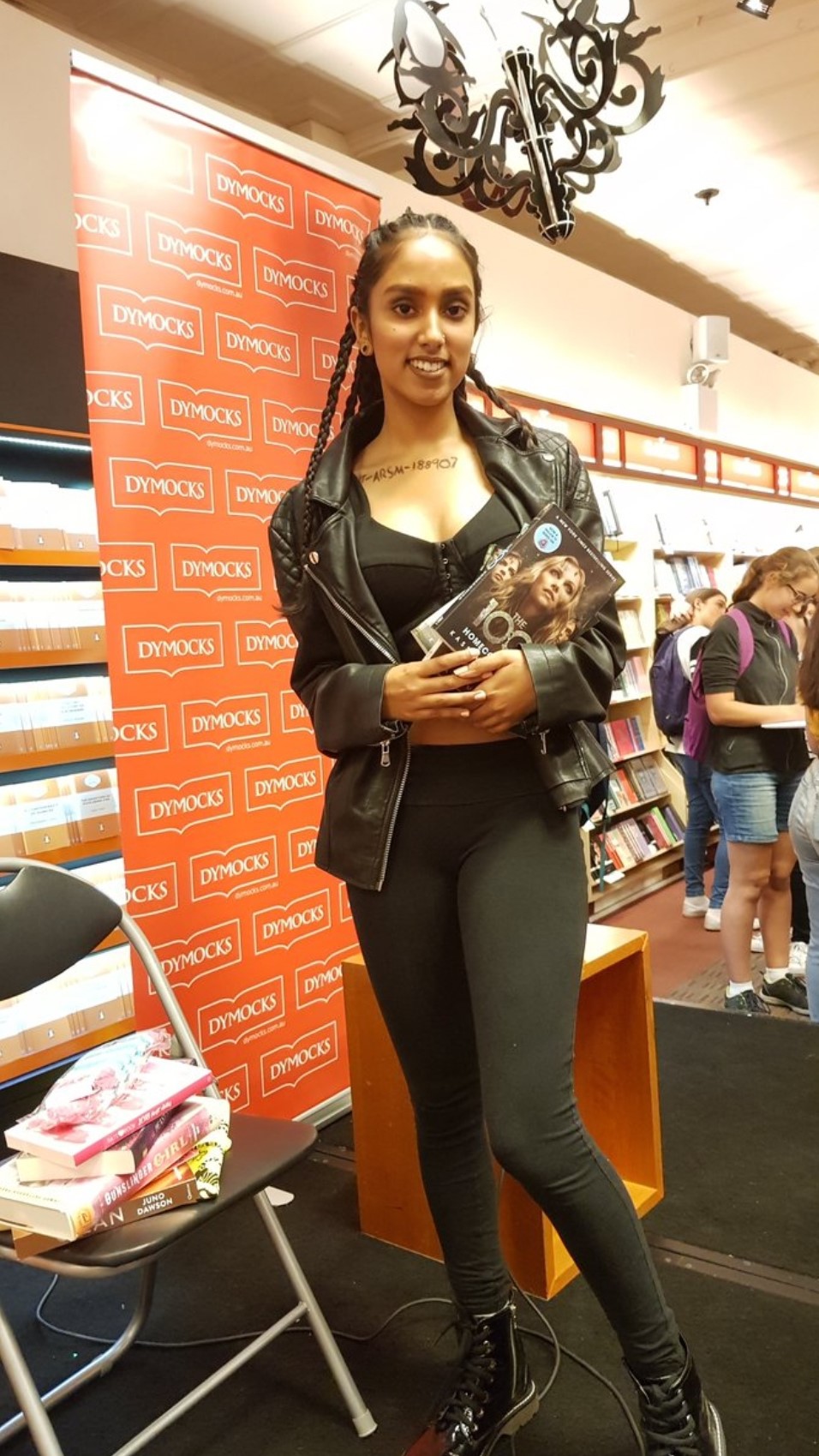 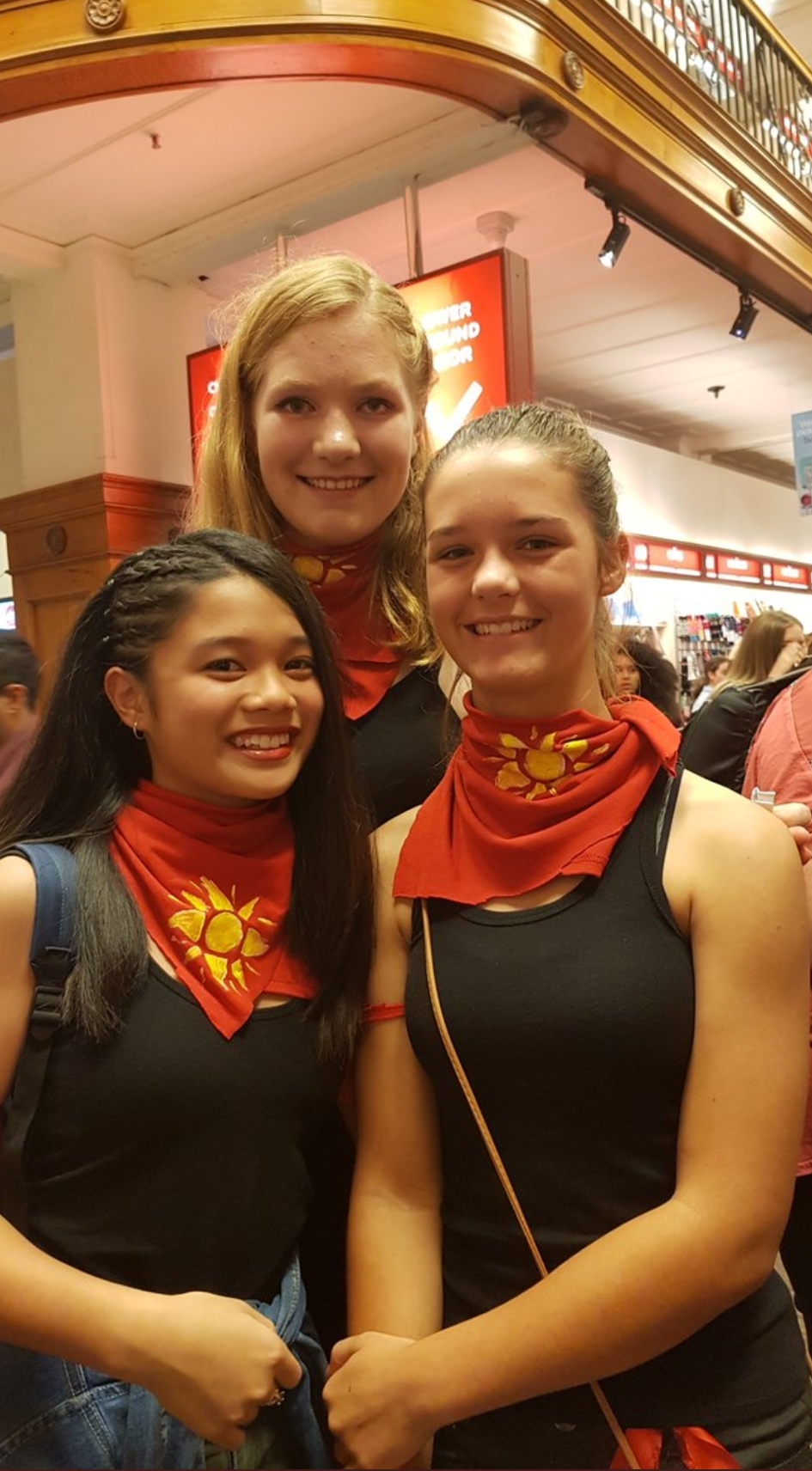 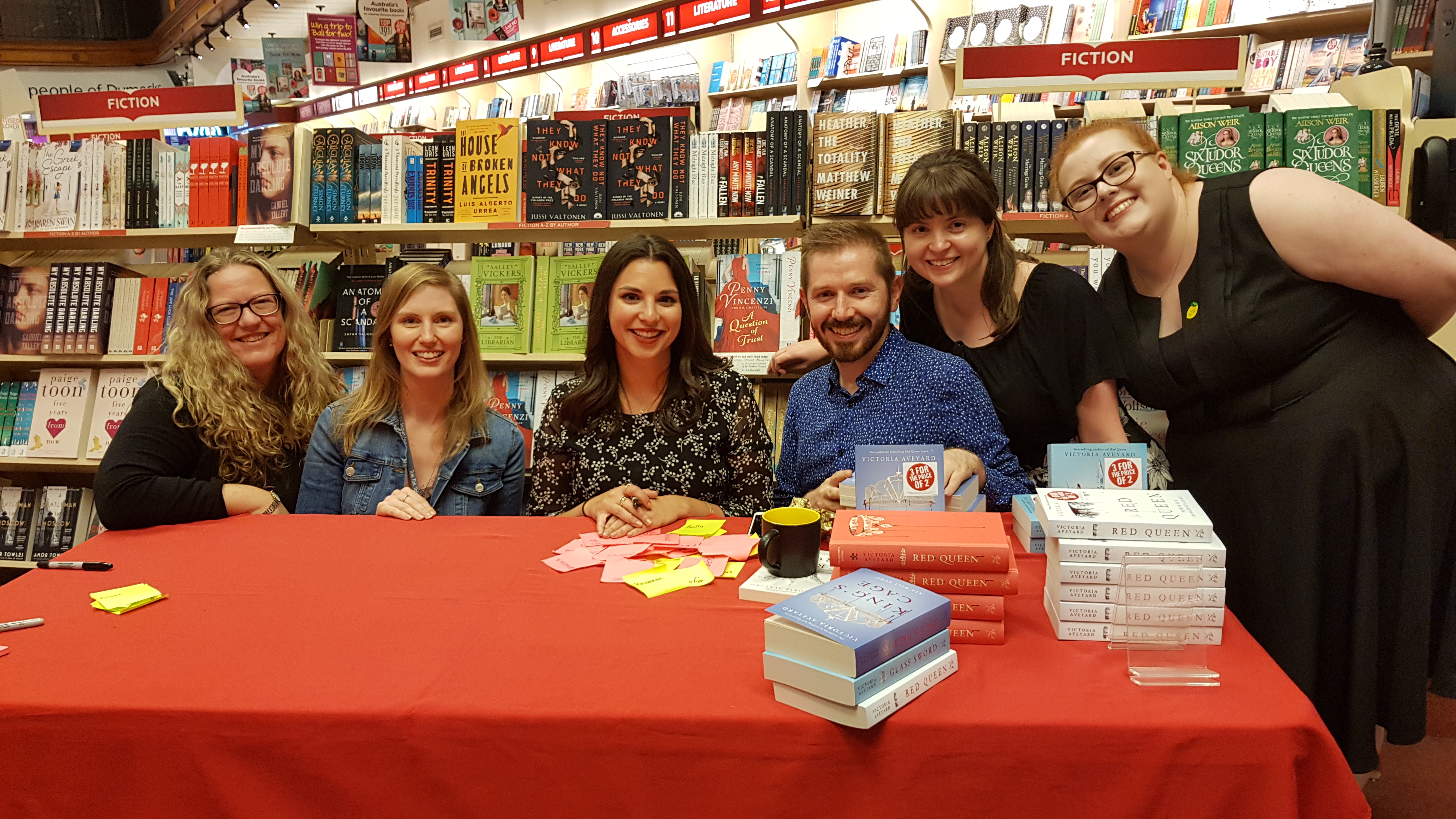 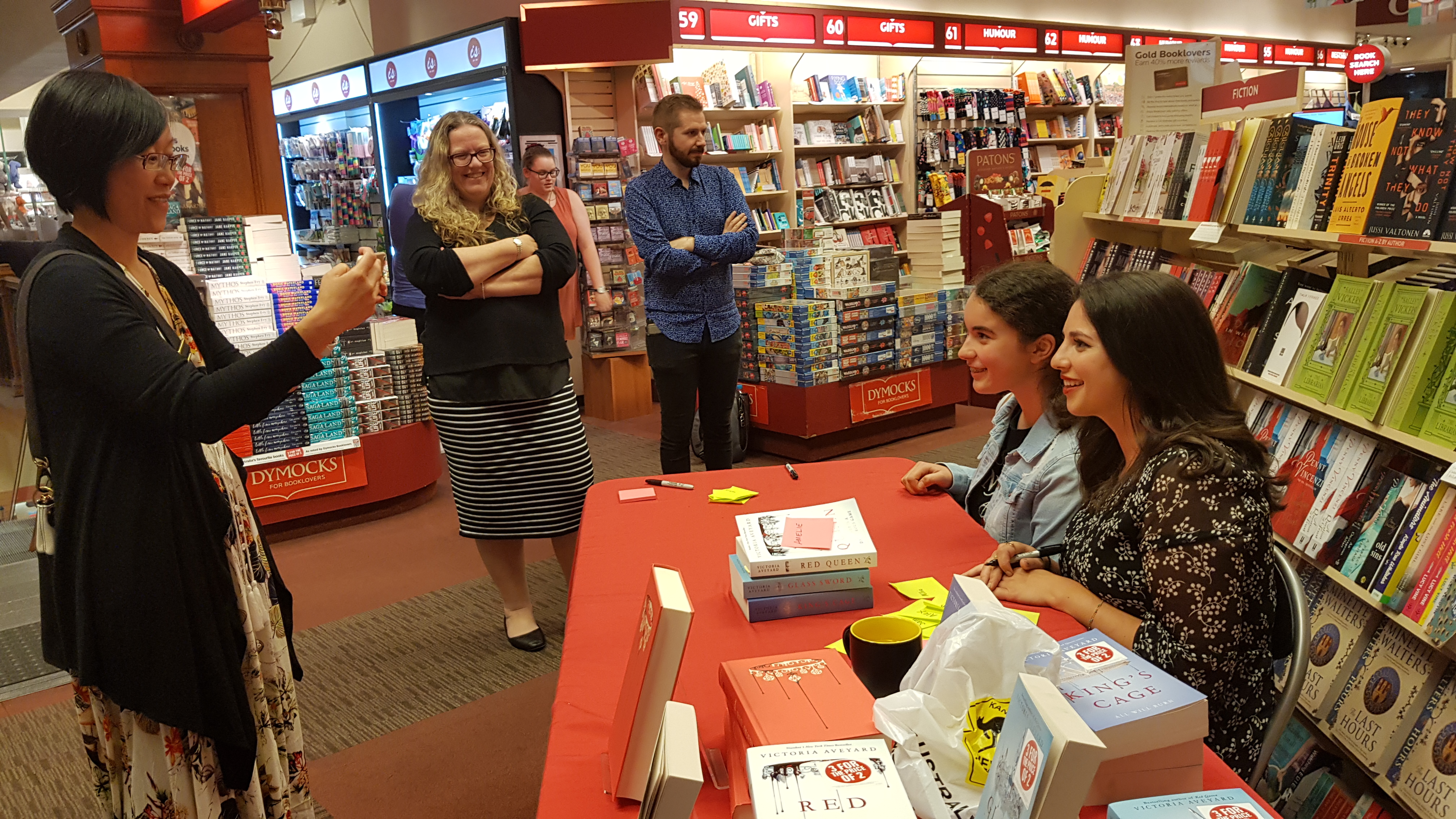 But the highlight of our tour, for the DAB team, was the Royal Feast!

Eleven lucky bloggers and booksellers were invited to share a spread fit for the Silver’s Hall of the Sun! Tiaras were placed upon heads, tarts were consumed and the giant baked ham was snapped up as soon as it could be carved. 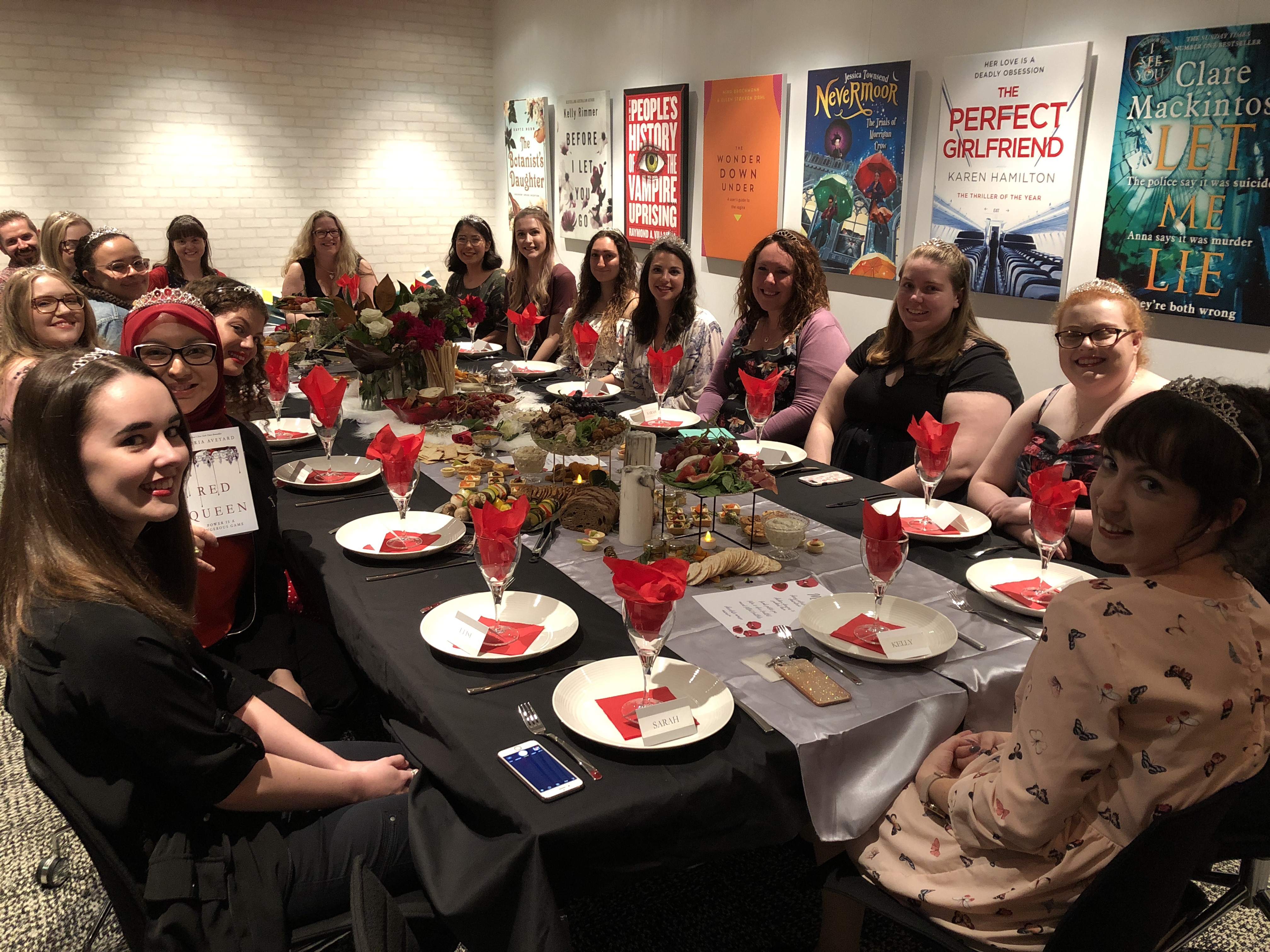 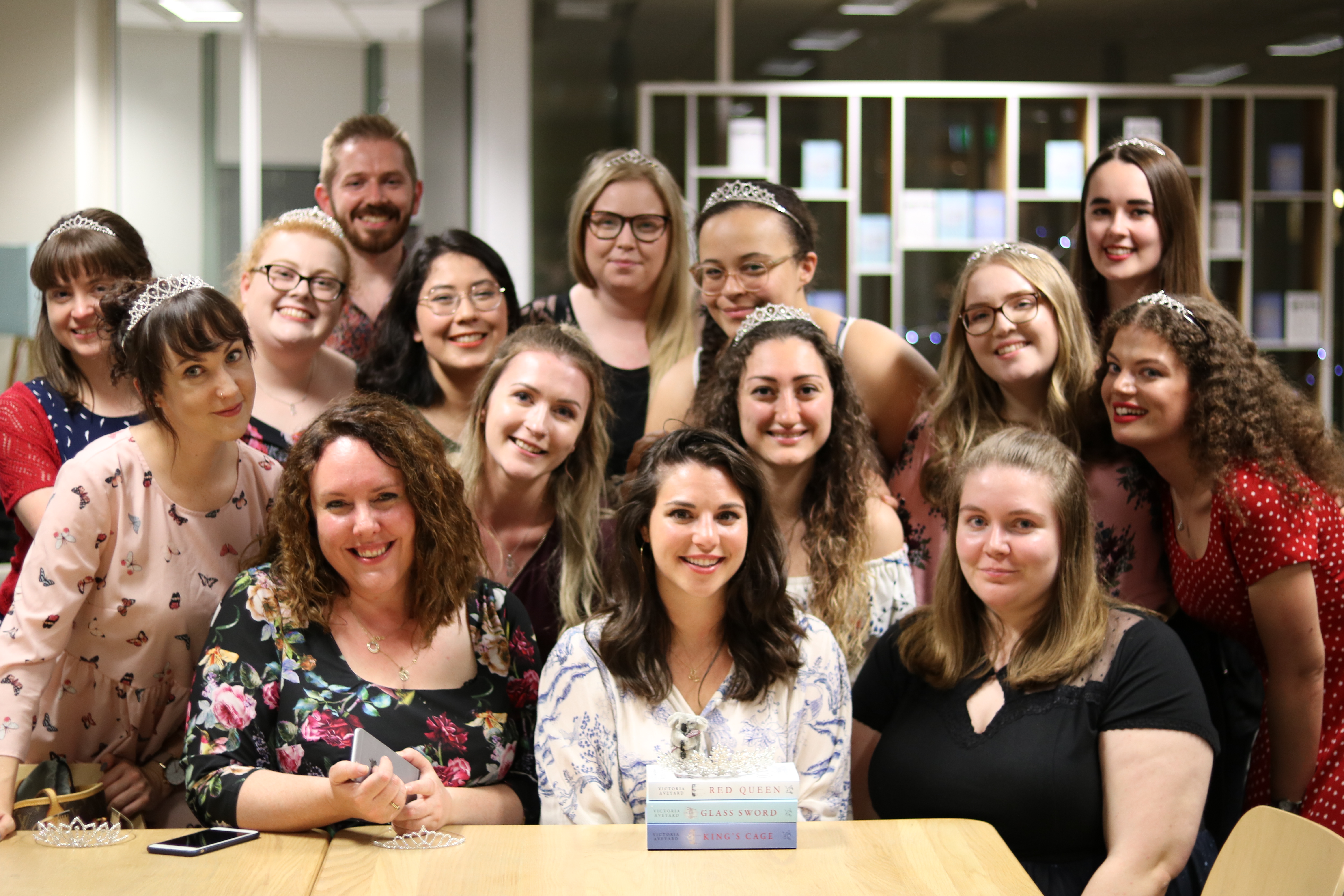 Thanks goes out to Platter Wonderland for the brilliant food and layout!

We can’t wait to have Victoria to visit Australia again.

If you’re after more from Victoria Aveyard and the Red Queen series, don’t forget to Rise, Red as the Dawn on May 15 and get your hands on a copy of WAR STORM!

10 YA Books to Thrill and Chill

In anticipation of Halloween, here is a list of some of our favourite paranormal and fantasy YA books.

If you could recast the iconic Twilight movies in 2020, who would you pick?

Summer Lovin’ had me Only Mostly Devastated

A modern day, queer retelling of Grease - it's the YA book you need right now!

We've got your YA TBR pile sorted!

Looking for more books to add to your TBR while you're home? Check out our list!