Wednesday may have been ‘easing in’ our hero to this new and terrifying ‘world under a world’, but we continue to have no such deference. Episode two is as violent and disorienting as the first and the cold open introduction to Anansi the storyteller signals that the rest of the series isn’t going to pull any punches. (Although, we’re kind of sad that this seems to have replaced the tale of Agasu and Wututu coming to America.)

Laura’s home – for it really is Laura’s home in Laura’s town, not really a place for Shadow – gives this episode a momentary pause from the frenetic pace of the pilot, a quiet moment to reinforce that Shadow is a man tenuously holding it together. This is a deviation from the text: in the book, Shadow is visited by Laura the night of the funeral, he doesn’t need closure because suddenly dead doesn’t mean gone, so he says to Wednesday, ‘I’m ready to leave Eagle Point. Laura’s mother can sort out the apartment, all that. She hates me anyway. I’m ready to go when you are.’ He is allowed to be bitter, his wife has cheated on him, and now that she’s not quite-so-dead, anger can override grief. But on screen, we see his idyllic little house packed away and his resolve firms that he cannot return to any kind of normal life.

My fave moment of the episode was the newspaper, slung from the hand of an all-American boy on his morning route, smashing Shadow in the head as he contemplated the shattering of his long-held dreams of coming home – a lovely foreshadowing of another object on its way towards Shadow’s forehead.

Certainly the episode picks up toward the end: the claustrophobic apartment, the mysterious sisters Zorya, and the wonderfully multifaceted Czernobog – equal parts terrifying and pathetic – and the game of checkers that you never thought could be interesting on screen. The game happens quite quickly in the book, very matter of fact: ‘And then Czernobog made a fourth king, and returned down the board to Shadow’s two kings, and, unsmiling, took them both. And that was that.’ 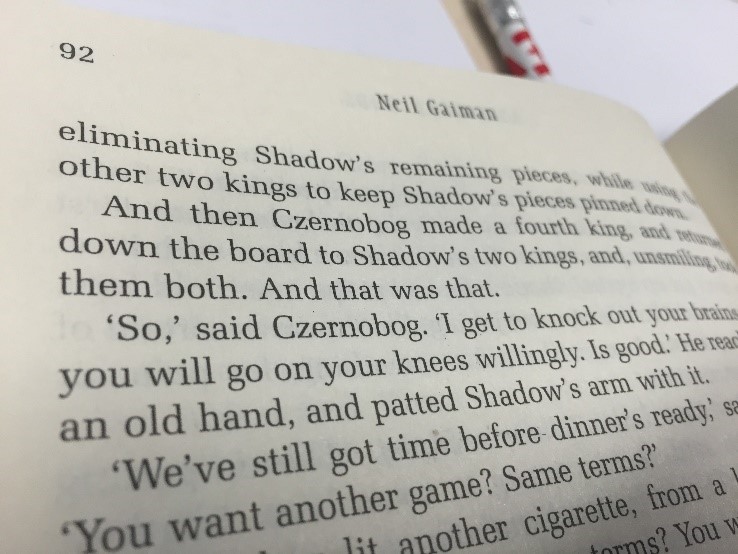 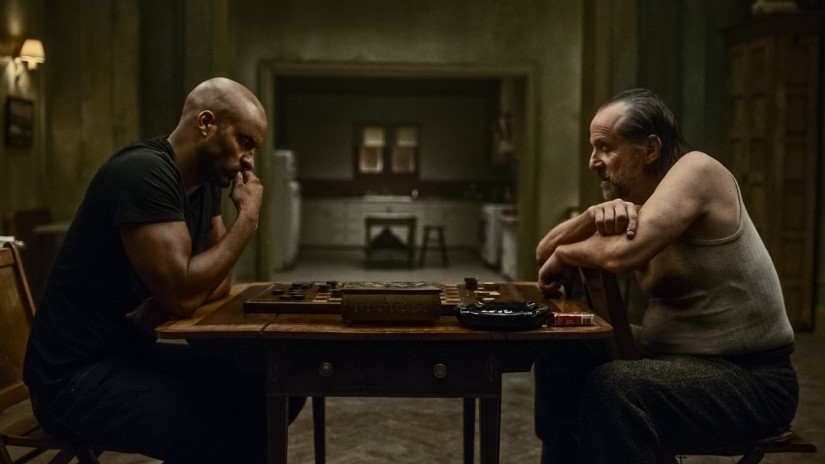 Whereas the tension on screen is palpable – maybe it’s the hammer leaning oh-so-innocently on the table that ratchets up the pressure, or interspersing the match with shots of Czernobog employing his weapon of choice. The lingering shots of Czernobog lovingly stroking the helve were jarringly sensual and will stay with me for a while...

Although the hammer bleeds with anticipation for the sunrise, I’m awaiting midnight – Zorya Polunochnaya is a favourite of mine from the book and we didn’t get enough (read: any) of her this week!

Media also made her entrance in the form of Gillian Anderson as Lucille Ball in this ep. Where Media’s diatribe about mindless sacrifice to the idiot box made me feel detached amusement when reading, it certainly took on a whole new level on screen. 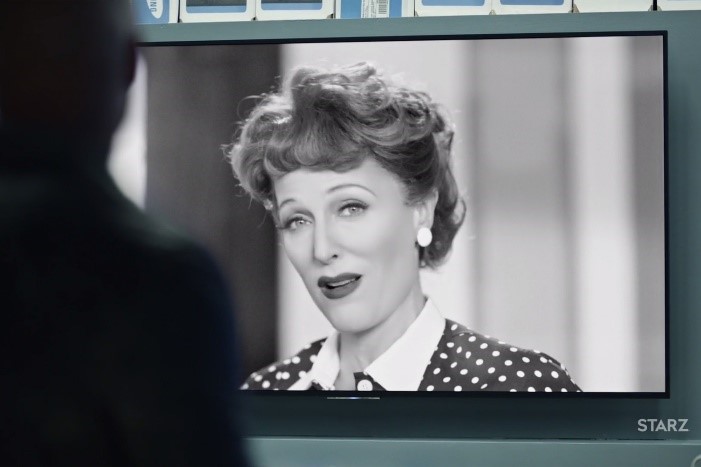 Ep 2 really hinged on Ricky Whittle’s performance: I liked his frustration at Wednesday’s cryptic answers when he questions his sanity, I loved his shuttered grief scrubbing the bathroom floor in Laura’s home and I adored his playful interactions with the sisters Zorya Vechernyaya and Zorya Utrennyaya.

It’s head to head right now between book and show – we don’t yet know which will win our hearts (or crush our skulls...not sure this metaphor is working). Bring on ep 3! 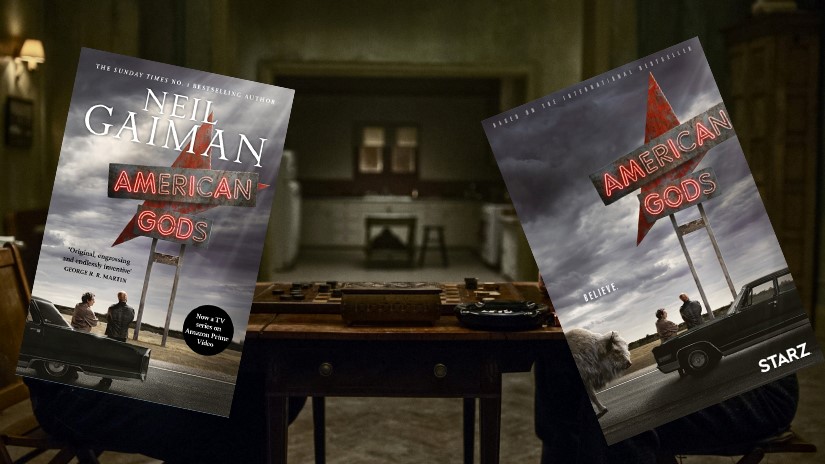 PS – Anyone else feeling awkward watching those new Bilquis scenes on the bus...