We’re back on track with American Gods this week and picking up the story where we left it before Laura’s interlude. ‘Lemon Scented You’ kicks off with the most ambitious opening sequence thus far, an animated segment depicting the fate of forgotten gods, reminding us exactly what Wednesday is afraid of and setting the tone of the episode.

We also finally got the reunion between Laura and Shadow we’ve been waiting for. Shadow’s reaction to Laura’s resurrection was perfect, seemingly unperturbed by her return to the state of walking and instead focussing on the details of her affair with Robbie. This juxtaposing of the almost mundane humanity with the other-worldly is rapidly becoming a signature of the TV show, and exposes the real heart of the show.

One of the biggest departures from the book is Mr Wood. A bland, suited agent in the novel, here he’s manifested in real wood, forming part of chairs and tables and able to burst through walls in pursuit of Shadow. Check out the concept art below for this – we’re intrigued to see what Mr Stone will appear as! 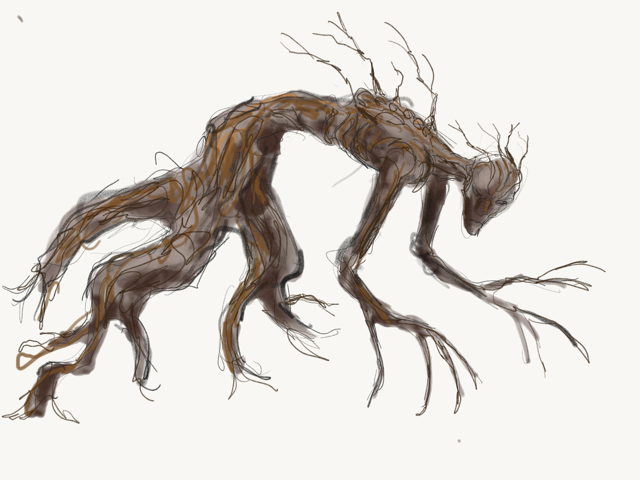 One of the highlights for us this episode was the scene between Media (in the guise of Ziggy Stardust) and Technical Boy. Littered with David Bowie lyrics, Gillian Anderson transforms once again to bring another iconic figure. Meanwhile, Technical Boy seems to closely resemble a typical vlogger on Youtube. When he’s filmed in the car, it’s even in typical vlogger style, from the shoulders up, facing the camera straight on, which only goes to reinforce this image further.

Mr World also takes on a more significant role in the show, allowing us to meet him much earlier than we were able to in the novel. He’s established as the clear leader of the New Gods, and whereas his powers in the book were sparingly detailed, here he’s all-knowing, and could almost represent all of our worst fears about the potential for the abuse of technology today for this very purpose. He’s chilling suave and charismatic, but fraught with danger, and brings a fantastic underlying tension to the scene.

The episode picked up pace as it went on, ending with the blood bath in the police station and Mad Sweeney’s escape. We loved his confrontation with Laura, as his desperation is no match for her strength and sheer force of will. The confrontation originally took place with Shadow in the novel, but having Laura demonstrate her determination to help Shadow once again reinforced her position in the show. We can’t help but wonder if Mad Sweeney will meet the same fate as in the book though. 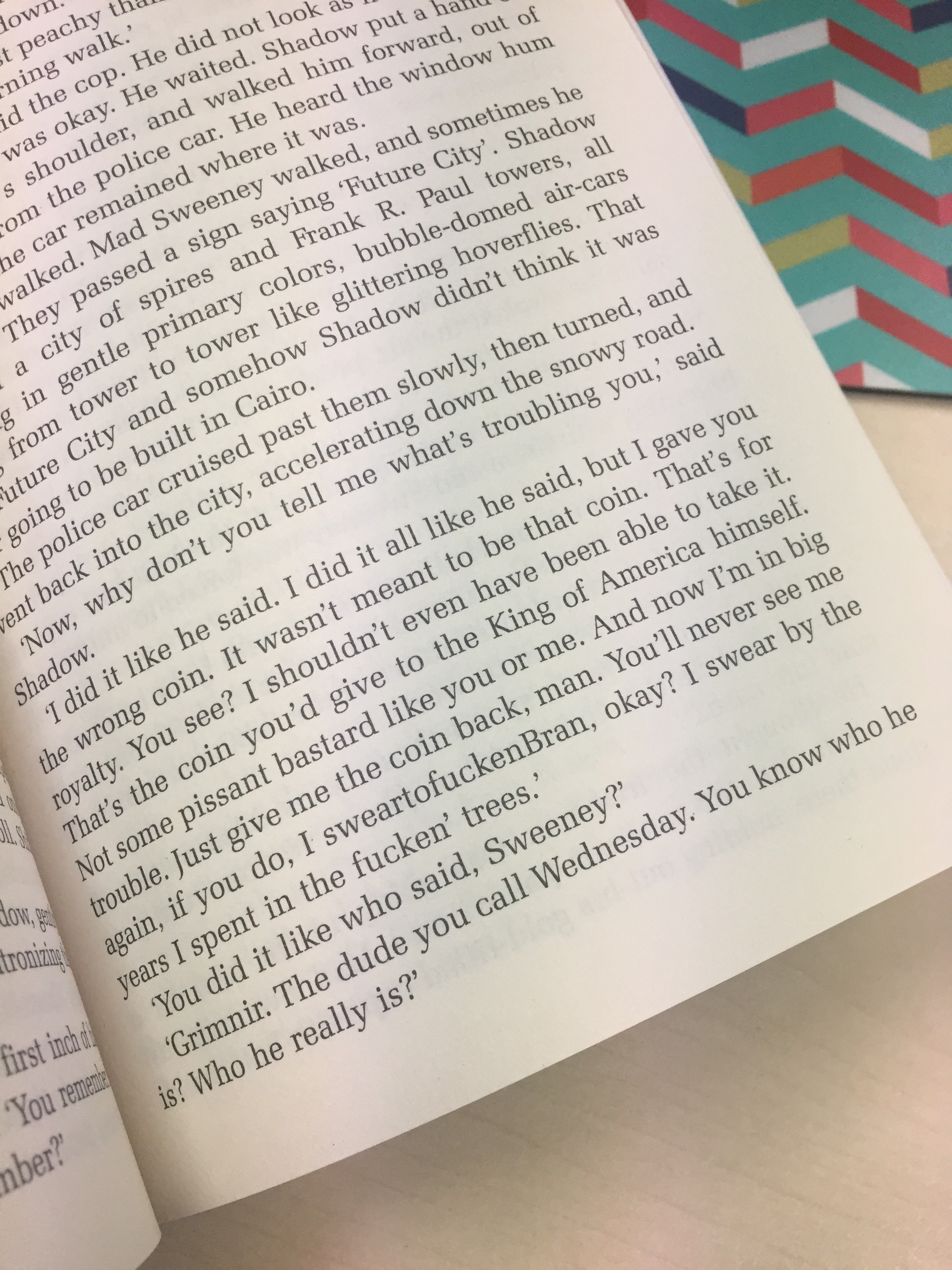 With three episodes left to go, we’re looking forward to seeing how this continues to build on this momentum, as Shadow and Wednesday are on the run while Laura relentlessly pursues her quest to protect Shadow.