American Gods has well established that it is not interested in your comfort and ease, and this episode and the woman at its centre are no departure from this ethos. Just as we’re getting our sea legs in the surreal and tangential world of the show, it’s changed gears and dropped us into a focused mini-movie: the life and death of Laura Moon.

You’re not meant to like Laura. (I mean, Dane Cook... c’mon. Seriously.) And while you’re not meant to like her, you find yourself empathising with her dreary existence. ‘I think maybe I resent not being happy. Not resent you, just resent,’ Laura tells Shadow, calmly, unashamedly. The monotony of her existence is drilled into us as we listen to the sounds of her daily life, amplified to emphasise the sheer drudgery of routine.

But at least this isn’t the familiar story of a lost woman finally meeting the ‘right’ guy and settling down – Shadow loves Laura this way, the ‘right’ way – because Laura’s malaise continues with her through their lacklustre wedding and frankly boring love life, until she’s asking her dear husband to buy the titular bug spray in an attempt, as it were, to git gone.

At her death, we see a diametrical swap: Shadow – charismatic, a man with purpose, a man in love – becomes lost and angry, and the practically-dead-when-alive Laura finds a purpose, the literal light of her life. 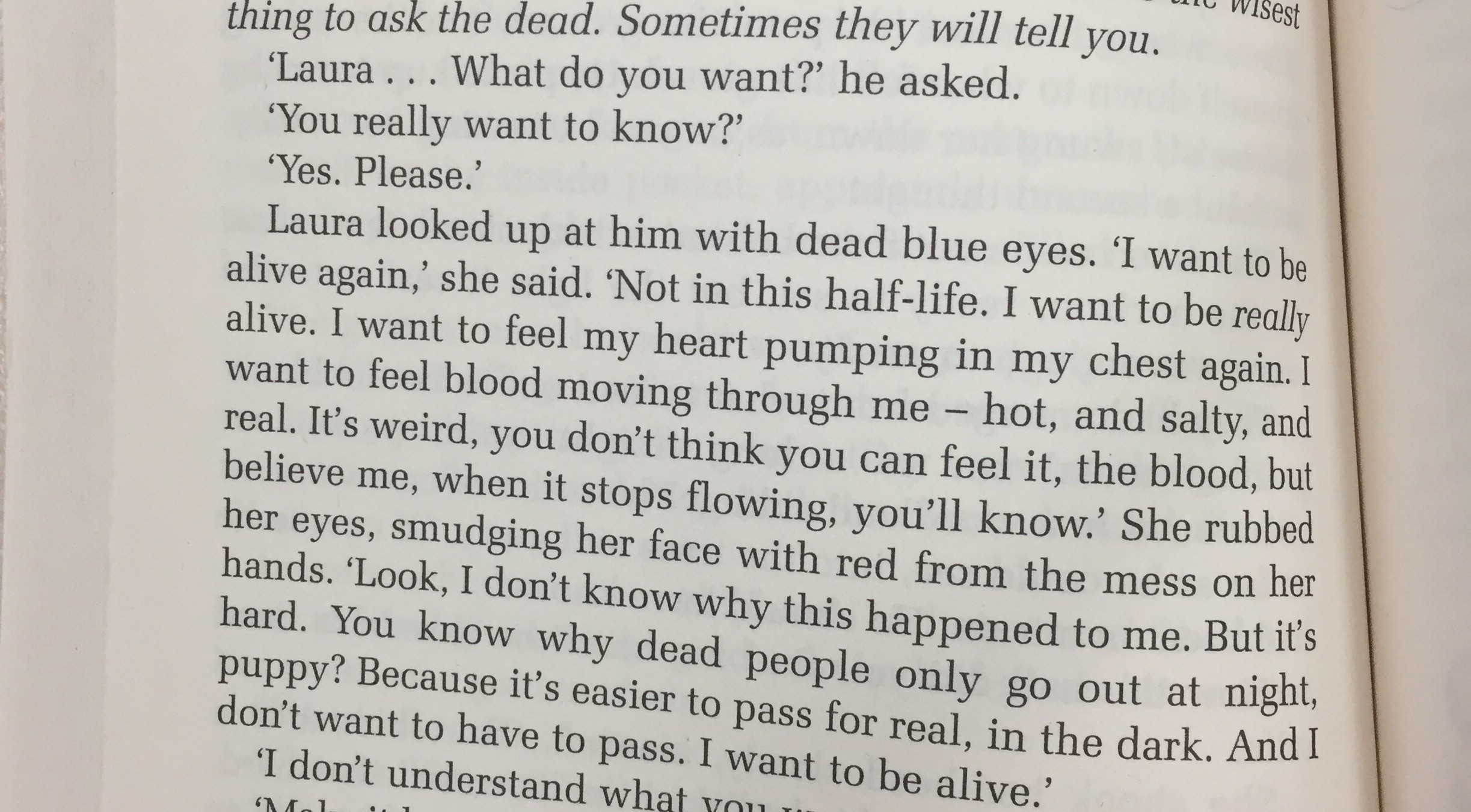 Speaking of light  –  let’s everyone pull out your HSC dictionaries – the chiaroscuro employed at certain points highlighted the dramatic staging of the scenes in Laura’s home, perfectly accentuating the bleakness of her life in comparison to earlier, brightly-coloured visions of their domestic sphere. Gotta say, those post-resurrection scenes when the audience sees the shining beacon of Shadow through Laura’s eyes were a welcome relief from the oh-so normal world of the episode (normal isn’t really why we’re watching, is it?) and that Carrie-esque shot as she limps down the street, arm casually in hand, was the winning shot of the ep.

Gaiman said in an interview with Vanity Fair that this was his favourite episode, that ‘it was the first place that I really felt like they’d broken free of the book while being completely faithful to it.’ And while we agree that this departure was an interesting and deserved investigation of a character largely glossed-over in the book, we’re not sure that it will make the cut on future series binges...