Gangster, soldier, priest, then governor, Queen's Man and now knight: but rebellion is stalking the streets and a crown may demand more than even Tomas Piety is prepared to pay. The gripping climax to the bestselling War for the Rose Throne by 'an author at the top of his game' (Grimdark Magazine)

Gangster, soldier, priest. Governor, knight, and above all, Queen's Man.

Once, Tomas Piety looked after his men, body and soul, as best he could. Then those who ran his country decided his dark talents would better serve in the corridors of power.

Crushed by the power of the Queen's Men and with the Skanian menace rising once more on the streets of Ellinburg, Tomas Piety is forced to turn to old friends, old debts and untrustworthy alliances.

Meanwhile in the capital city of Dannsburg, Dieter Vogel is beginning to wonder if the horror he has unleashed in the Martyr's Disciples might be getting out of control.

With revolution brewing and tragedy and terrorism running rife in the cities, Piety and Vogel must each weigh the cost of a crown. 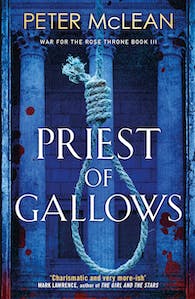 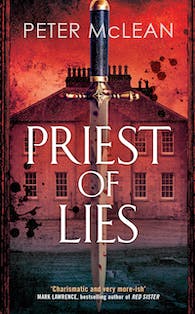 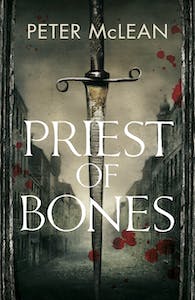 Praise for Priest of Crowns 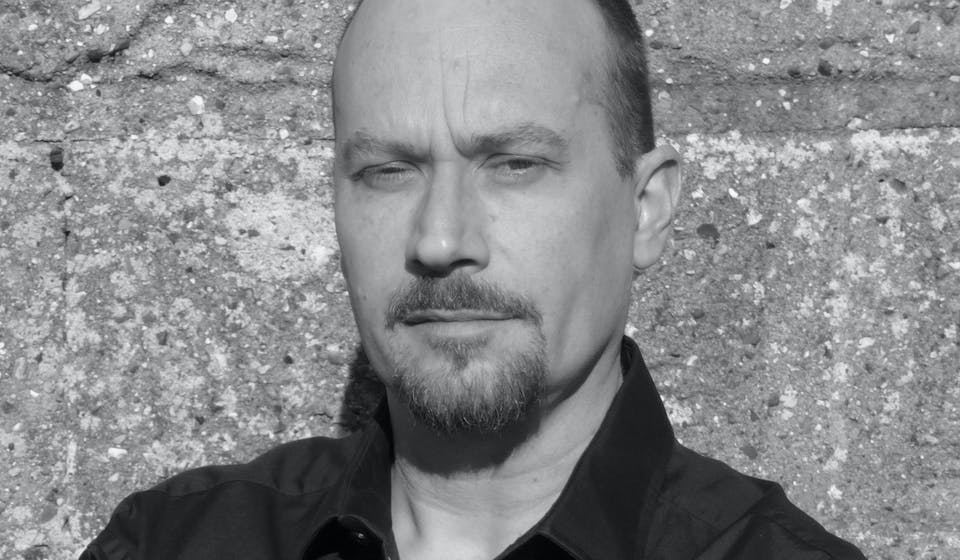 Peter McLean was born in London and went to school in the shadow of Norwich Cathedral, where he spent most of his time making up stories. He grew up alternating dingy nightclubs with studying martial arts and practical magic before settling to a career in corporate IT. The noir urban fantasy Burned Man series was followed by the highly acclaimed grimdark fantasy quartet, starting with Priest of Bones, Priest of Lies and Priest of Gallows. The final book about Tomas Piety will be Priest of Crowns.