My mum loves Turkish delight (or Lokum). She would coo about how gloriously delicious it was; its delicate texture and fragrant flavour. I would marvel at the little frosted jewels, imagining them to taste like the most perfect raspberry jelly. But Turkish delight was expensive so out of reach for me and my unsophisticated palate. No, my mother reasoned, it wasn’t for children. It was a grown-up’s treat.

It looked beautiful as well – like most Middle Eastern food, Turkish delight is undeniably aesthetic. In my mind, it is inextricably linked to C.S. Lewis’s The Lion, the Witch and the Wardrobe. My imagined scene: that green-ribbon-fastened box, ornate and lustrous, probably octagonal. Inside, it would be lined with bright white tissue paper and enclosed in that would be glowing rose quartz dusted in snow. Unwrapping the ribbon and revealing it would have left a rosy glow on Edmund’s face; a magical allegory like the briefcase in Pulp Fiction, the value of its contents known only to the person who had wished for them.

Then one day I tried Turkish delight. And realised that everybody I ever loved had lied to me. C.S. Lewis, my mother. . . if Agro had sung its praises, he would have been dead to me as well. The dense, sticky gel coated my teeth, it tasted like perfume, it was all a lie. It made me hate Edmund even more. He sold out his whole family for THIS? God, I hate Edmund.

Recently my three-year-old niece somehow acquired a fun-sized Turkish delight bar from a box of Favourites.

‘I don’t like it,’ she said, holding out the half-gnawed candy.

‘I feel you, kid,’ I replied. She stuck it in my mum’s hand and stomped away. The pink and gold wrapper had betrayed another innocent, tempting a child away from an actual nice-tasting chocolate bar.

Pomegranates also feature heavily in the recipes by Sabrina Ghayour, in Persiana and her other titles, Sirocco, and Feasts. Roses also have a starring role in Ghayour’s collections of simple, colourful recipes from the Middle East and greater Mediterranean.

A party favourite, Safavid-style pastries, combine beef mince, a simple spice mix and red onions with dried rose petals encased in puff pastry. It seems incongruous but tastes like heaven. Bastillas filled with spices, fruits, nuts and chicken are wrapped in filo and dusted with icing sugar. It is a rich and surprising combination, like so many of her recipes. Thanks to Feasts, I have come to accept that rosewater is a valid recipe ingredient.

But I still find myself very suspicious of its use in gelatine-based sweets. Thus it was with trepidation that I approached the Pomegranate and Rosewater Jellies from Persiana.

The recipe was almost as easy as making packet jelly – dissolving sugar in pomegranate juice and adding some gelatine leaves is not molecular gastronomy. The resulting dessert was decidedly more grown-up than Aeroplane jelly. 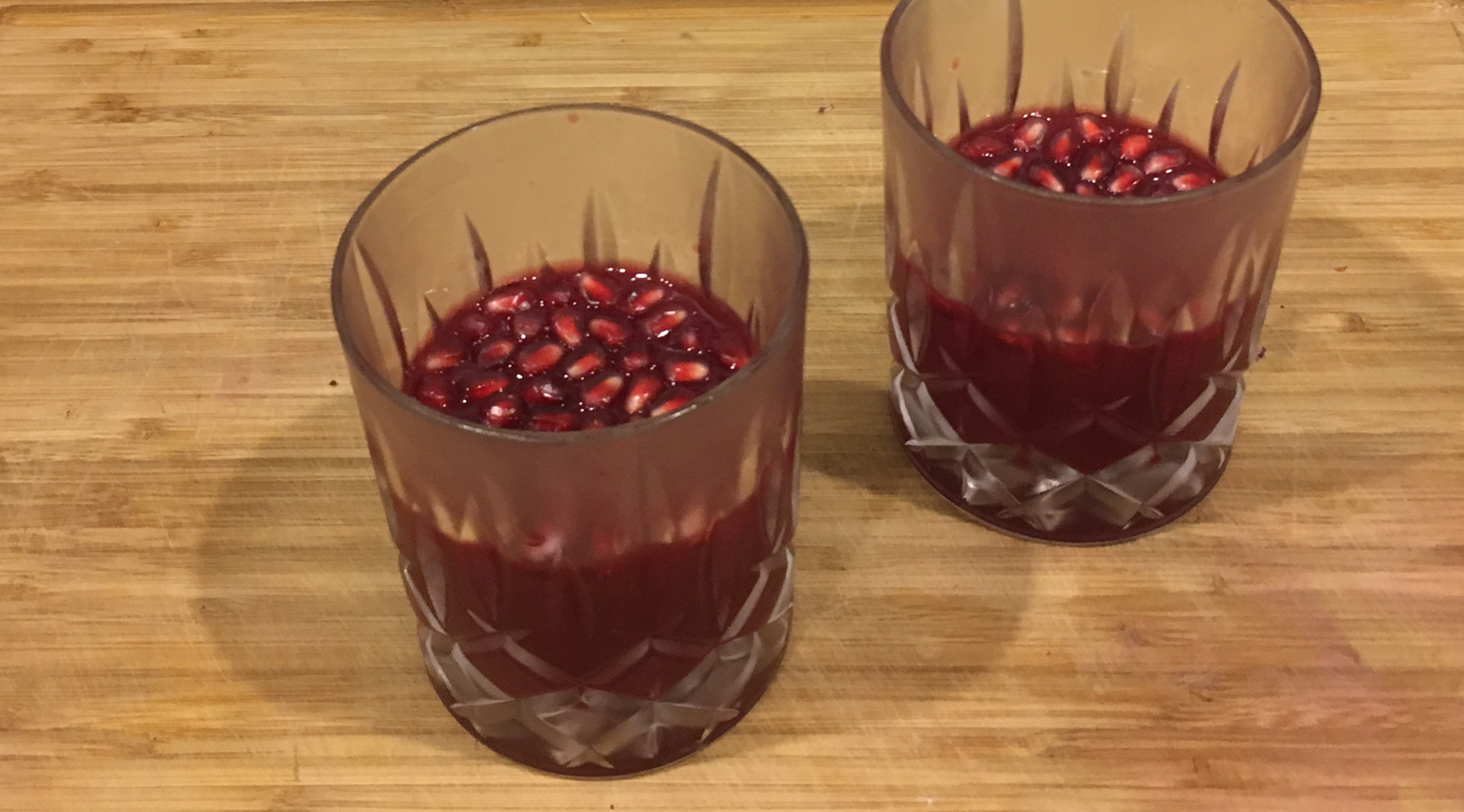 And I liked it. It was cool and tart and only faintly perfumed. The texture was light, not dense and rubbery like many other homemade jellies. It was really, genuinely delicious.

Maybe my deep-seated trauma has been healed, and I should give Turkish delight another shot. Then again, I might give it a while longer, perhaps another couple of decades, before I venture that far.

Isabel is the Production Manager at Hachette Australia. Her origin story began in an overpriced delicatessen, doling out unpasteurised Roquefort and Jamon Iberico, with near perfect rolled Rs. This experience helped to develop her super power of bluffing her way through menus at fancy restaurants, worldwide. In her spare time, she tends to a small, underwhelming attempt at a vegetable garden and enjoys books about spies and space.

Gather round food lovers, Sabrina Ghayour is back!

Stir Crazy: Must have cookbooks for isolation

The books you need to cook your way through isolation, from the masterchef to the microwave cook, we’ve got you covered!