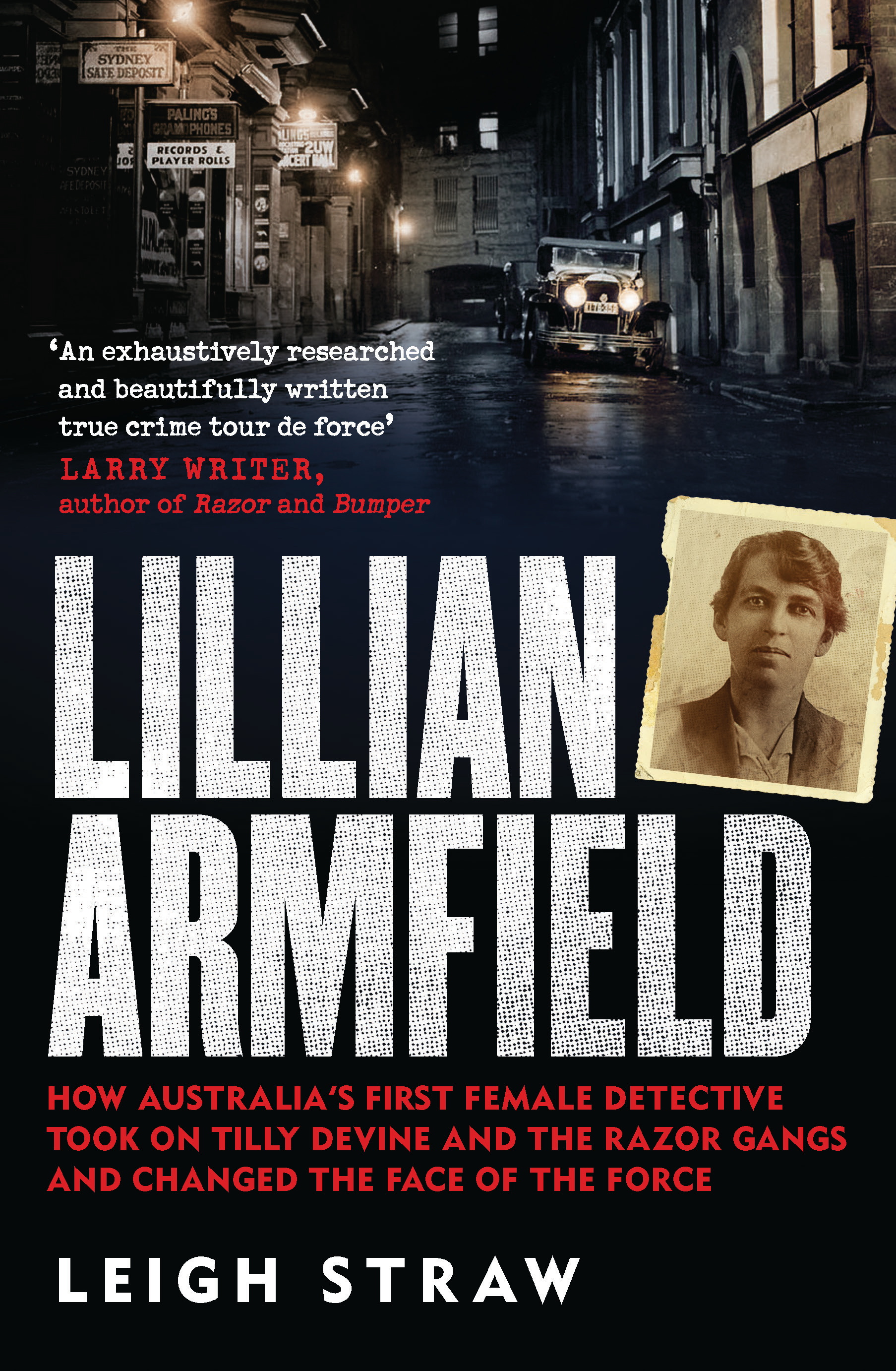 I first had the idea to write Lillian Armfield’s story around the same time my cousin asked me to be godmother to her daughter, Maisey. I wanted to write a story that would inspire her.

Telling Lillian’s story meant looking into her family history, consulting police records and gazettes, checking penitentiary and prison files, and, as any researcher will tell you, stumbling across material when looking for something else. I spent time going through the collections at the NSW State Archives at Kingswood and was grateful for the online records available through the State Archives. Newspaper stories also provided details about Lillian’s career. Lillian started talking more to the press in the 1930s, once her work was widely known in terms of the major cases she was involved in. When she first joined the job she was told to keep in the background and not give away details about her work.

Early in my research, I was put in contact with Lillian’s nephew. I hadn’t expected this. Female officers were barred from marrying and when Lillian joined in 1915, they had to be single on entry. Only later were widows allowed to serve. Norm O’Brien is the son of Lillian’s beloved sister, Muriel. While Lillian was a trailblazing member of the NSW Police Force, Norm’s recollections and the private family photographs he gave me access to brought Lillian to life in a deeper more personal way. She was also a daughter, sister, cousin and aunt. Norm also revealed a story about Lillian that remains a bit of a mystery but could have a dramatic impact on what we know about Lillian’s life before joining the police and would have allowed her to emphasise more with the girls and women she policed.

Place is a key part of my research. I explored, walked and studied the streets Lillian policed and while being in those places – during the day and at night – I could imagine a little of what it was like for Lillian. That’s the beauty of Sydney; so many of the old terraces and haunts of Lillian’s decades of policing are still around. The alleyways and lanes might not be the crime-ridden places they used to be but, particularly at night, they still fuel the imagination. Historic Sydney remains in our present view.

My god-daughter, Maisey, knows Lillian Armfield’s story now. The tall, tough, kind and compassionate woman from country NSW who became our nation’s first female detective continues to inspire. Lillian set the standard for women in the police force. Her story reminds us that one person can really make a difference to the world around them. Change often comes from someone having the commitment and tenacity to lead by example.

Dr. Leigh Straw is an academic, historian and writer. We steal 5 minutes of her time to chat about her latest book on Australia's first female detective, Lillian Armfield, who took on Tilly Devine and the Razor Gangs!

The Shocking Secrets of The Suitcase Baby

Tanya Bretherton discovered the jazz age was not all glitz and glamour when researching her new book THE SUITCASE BABY.

THE SUITCASE BABY is true history and an unforgettable tale that moves at the pace of a great crime novel. Get to know author TANYA BRETHERTON in less than a minute!

Acclaimed journalists and husband and wife, Sarah Ferguson and Tony Jones, team up for the first time in their multi-award-winning careers to write Revelation, the book behind the groundbreaking ABC TV series.