From the creator of the beloved McCarthys of Gansett Island, comes more irresistible Vermont romance with the fifth in the Green Mountain series.

The popular series from the New York Times bestselling author and creator of the beloved McCarthys of Gansett Island and thrilling Fatal series continues with the fifth Green Mountain novel. Fans of Bella Andre, Jill Shalvis and Kristen Proby will fall madly in love with the Abbotts and the heartwarming, sexy romance of the Green Mountain series.

Ella Abbott has long been secretly in love with Gavin Guthrie. A few recent encounters have only added to her infatuation, especially the kiss they shared at her sister's wedding. It doesn't matter to Ella that Gavin is in a bad place. He says there's no hope for a future with him, that he has nothing to offer her. But all Ella cares about is the love she feels.

It's been seven long years since Gavin lost his brother. He'd kept himself under control and moving forward until his brother's beloved dog died and his brother's widow re-married. Since then, he's been drinking, fighting, and even getting arrested. It seems the only time his demons leave him alone is when Ella is around.
Gavin knows it wouldn't be fair to drag Ella into his darkness, but when she inserts herself into his life, what choice does he have but to allow her to soothe his aching heart?

Bonus Content: Featuring a brand new Green Mountain short story!
***Published in the USA as It's Only Love***
For more spellbinding Green Mountain romance, check out Your Love Is All I Need, Let Me Hold Your Hand, I Saw You Standing There and And I Love You. 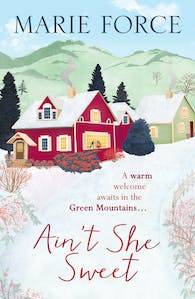 You'll Be Mine: Green Mountain Novella 4.5 And I Love You: Green Mountain Book 4 I Saw You Standing There: Green Mountain Book 3 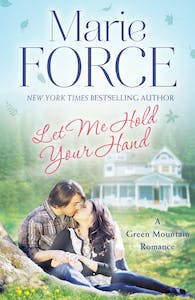 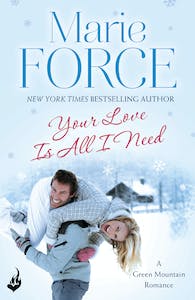 Your Love Is All I Need: Green Mountain Book 1 Marie Force is the New York Times bestselling and award-winning author of more than thirty contemporary romances, including the Green Mountain series, the McCarthys of Gansett Island series, the Fatal series, the Treading Water series and numerous standalone books. While her husband was in the U.S. Navy, Marie lived in Spain, Maryland and Florida, and she is now settled in her home state of Rhode Island. She is the mother of two teenagers and two feisty dogs, Brandy and Louie.
Join Marie at www.marieforce.com to get news on her latest books, or keep up to date with her on Twitter: @marieforce and Facebook: www.facebook.com/MarieForceAuthor.