Gather round food lovers, I have a very important announcement.

Sabrina Ghayour is back!

Sabrina’s 2014 debut Persiana was hailed an instant classic, spending nine weeks in the UK top 10 bestseller list and announced her as one of the world’s most exciting and imaginative chefs. But more than that, her dishes formed a perfect storm, a mixture of innovation mixed with tradition, exotic with the accessible.

With ingredients found in any supermarket she conjured up remarkable dishes from the Mediterranean and Middle East effortlessly. Light, breezy salads and sides here, gloriously decadent mains and deserts there.

Understandably, a star was born.

Her sophomore cookbook Sirroco was more of the same, in a very good way. Occasionally skewing further afield with her influences, she continued to display a remarkable knack for creating mouth-watering delights with relative ease, simple recipes with attainable ingredients to create dishes that under no circumstances should be read on an empty stomach, with photography that, I mean … 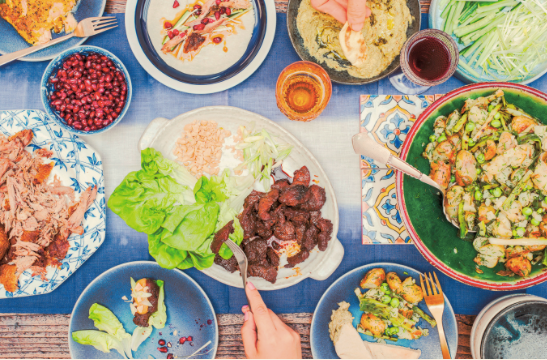 …I let out an audible gasp when I see that photo, I don’t know about you. That’s her Spice-Roasted Duck, Lamb Lettuce Wraps, Lima Bean & Za’atar Dip, with Crushed New Potatoes. Amazing.

When I first heard that Sabrina would be following up Sirroco with a book called Feasts (what a title), all was good in the world. And when the book turned up at the Hachette offices, it was inevitable that that little baby was coming home with me for an intense weekend of cooking.

Feasts is Sabrina at her best. As the name suggests, it’s filled with big, bold, beautiful meals to be shared with family, friends, or yourself over the course of several joyous hours. My first attempt from it was for a morning tea and while I desperately wanted to bring a plate of Savoury Pork & Fennel Baklava with Roasted Tomatoes and Feta (yes, thanks to Feasts that dish now exists in this world and it’s as good as it sounds), or perhaps a Banana, Coffee & Chocolate Chunk Cake with Salted Caramel & Peanut Butter Sundae top to this small get together, I thought ………………………………

……. sorry, I was thinking about Chunk Cake. Where was I? Oh yes, the morning tea.

Anyway, I wanted to bring something a little savoury. Something little different but a little familiar. And I’m a pretty terrible cook despite my enthusiasm, so also something simple to make, with ingredients easy to source because I’m extremely lazy busy.

I chose to take on her Cauliflower, Anari, Black Pepper and Thyme Quiches, substituting Feta Cheese in place of Anari cheese. It’s cool, Sabrina said I could.

And it was so bloody easy. Cut up a cauliflower. Cook it with a little oil in the frying pan. Add in some thyme, black pepper, cream and feta. Take it off the heat (seriously, it was like some sort of super-cauliflower and cheese dish, I was tempted to eat the entire thing then and there) and let cool, before stirring in a couple of eggs.

Meanwhile, pop some filo pastry sheets into a muffin tin, spoon the super-cauliflower and cheese mixture in and bake for half an hour. 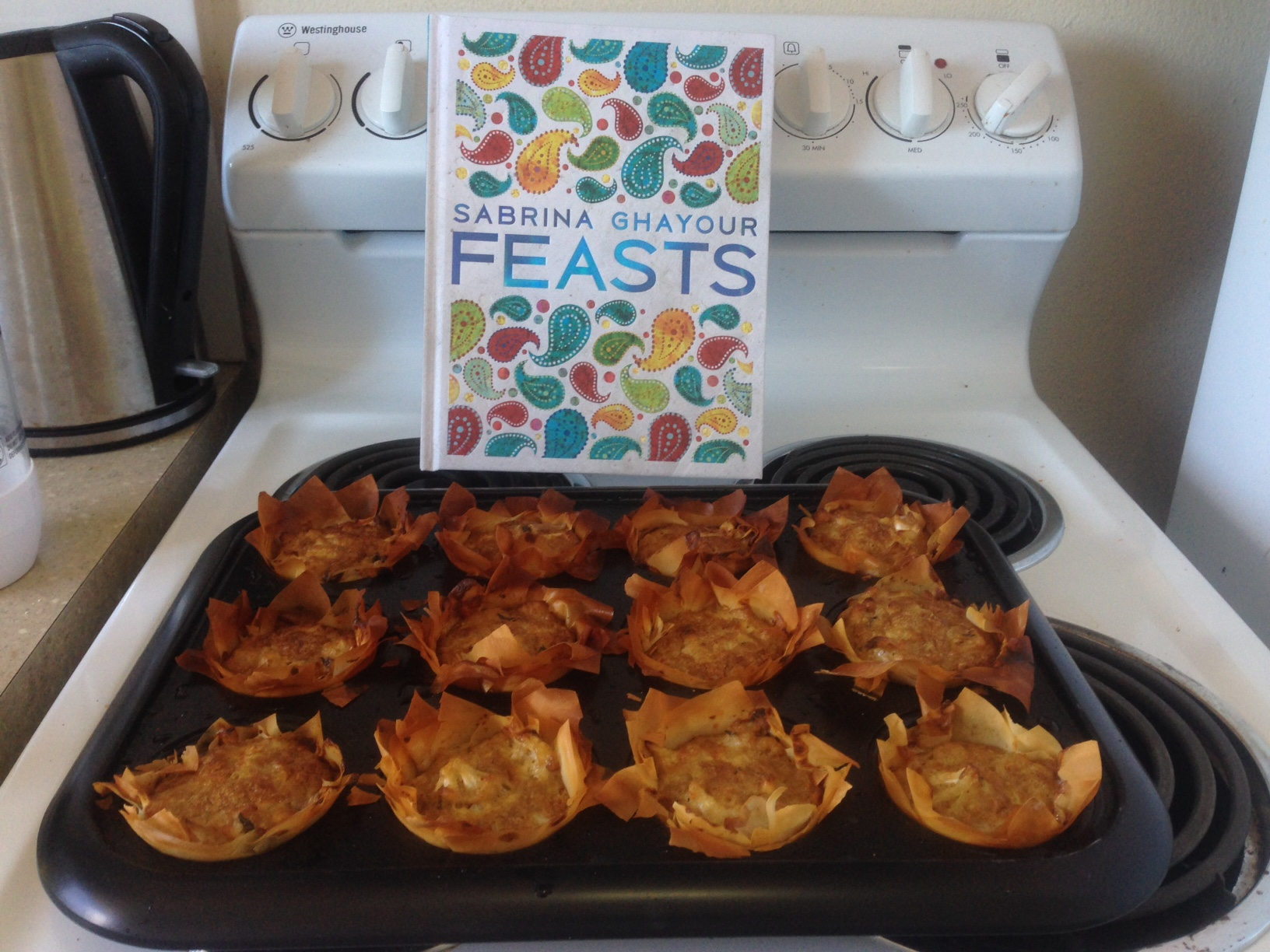 Sabrina Ghayour’s Feasts, another triumph! Follow the link below for more deets on this delectable morsel.

Until next time, this is Andrew signing off for Andrew Eats.