Warning: there are mild spoilers from here. If you haven’t seen Blade Runner 2049 yet and are trying to avoid spoilers, come back to this later!

It’s common knowledge that here at the Realm, we’re big fans of Becky Chambers. Her books are warm, curious, inclusive, and open-hearted – not words you’d necessarily use to describe a Blade Runner film. So, somewhat unexpectedly, I found myself thinking of Becky Chambers’ books throughout Blade Runner 2049 thanks to the inclusion of an AI character named Joi. 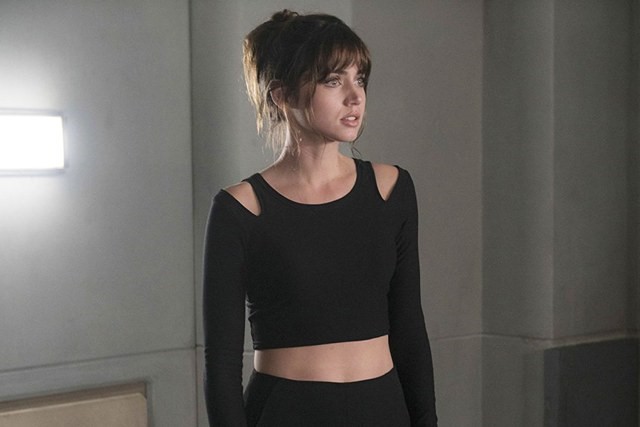 Joi tells you what you want to here. She’s beautiful, appears as a hologram, and can change her look to suit your mood. You want a 1950s housewife? Joi’s there with a holographic dinner on the table. You don’t want to have company anymore? Flick a switch and you can turn her off until you’re ready for company again. She fits neatly into the lives of the heterosexual male she seems to have been designed for.

In some ways, she’s too good to be true, and yet she’s K’s most meaningful and reciprocal relationship. He buys her a gift that enables her to leave his apartment and so he takes her everywhere with him and when she’s threatened, he tries to save her despite being severely injured himself. She offers him the only interaction he experiences that isn’t based on what he can give or do, unlike Lieutenant Joshi, for example.

This is where Becky Chambers comes in and shows the potential strength of AI characters, as we see spaceship computer Lovey fall in love with Jenks in The Long Way to a Small Angry Planet, and Sidra’s adaptation to gaining a robotic body in A Closed and Common Orbit. We saw very clearly in Blade Runner that replicants are able to experience what are defined as singularly human emotions, and both Becky Chambers and Blade Runner 2049 raise similar thoughts on AIs. 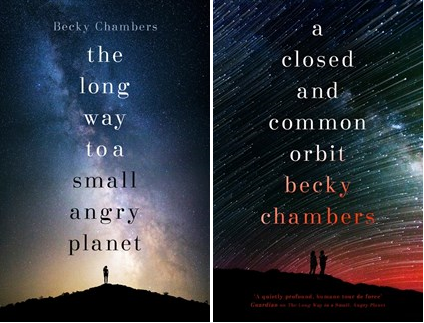 How are we to know if an AI’s experience is ‘real’ or not? If Joi says she loves K (and to outside appearances, she does), how are we to know if she means it, or if she’s being true to her programming until the very end, telling him what he desperately needs to hear? When we see another version of Joi as a billboard advertisement, she comes across as soulless, impersonal and almost seedy, nothing like the Joi we had come to know. 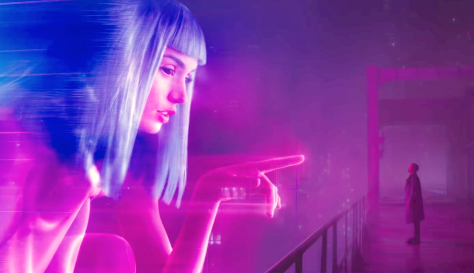 Does K love her because she’s exactly what he wants her to be? Could they argue, fight, makeup as would happen in a normal relationship? Is she just as capable of feeling love as a replicant has proven to be?

There’s a growing fascination with artificial intelligence as technology improves that’s reflected in these works. In Becky Chamber’s world, they experience distrust, adverse reactions, and it’s illegal to inhabit a body. In the Blade Runner, world where replicants are hunted down and ‘retired’, is the only difference between a replicant and an AI the possession of a body?

In both of these worlds, AIs are capable at the very least of appearing to feel all these things, and form the depth we get in Becky Chamber’s novels, we know it’s not just an illusion, the AI characters are able to experience feelings just as we do.

The lines between human (or sentient being) and AI become truly blurred, and to some extent the same is starting to happen now with programmes like Siri and Alexa (also both female incarnations, interestingly) leading to the question that has been asked for centuries. What is it that truly makes us human? Could this ever be replicated in an artificial being? Both Becky Chambers and the makers of Blade Runner 2049 certainly seem to suggest it’s a possibility, and not necessarily a negative one.