The crime book everyone is talking about. WEDNESDAY 09 AUG, 2017 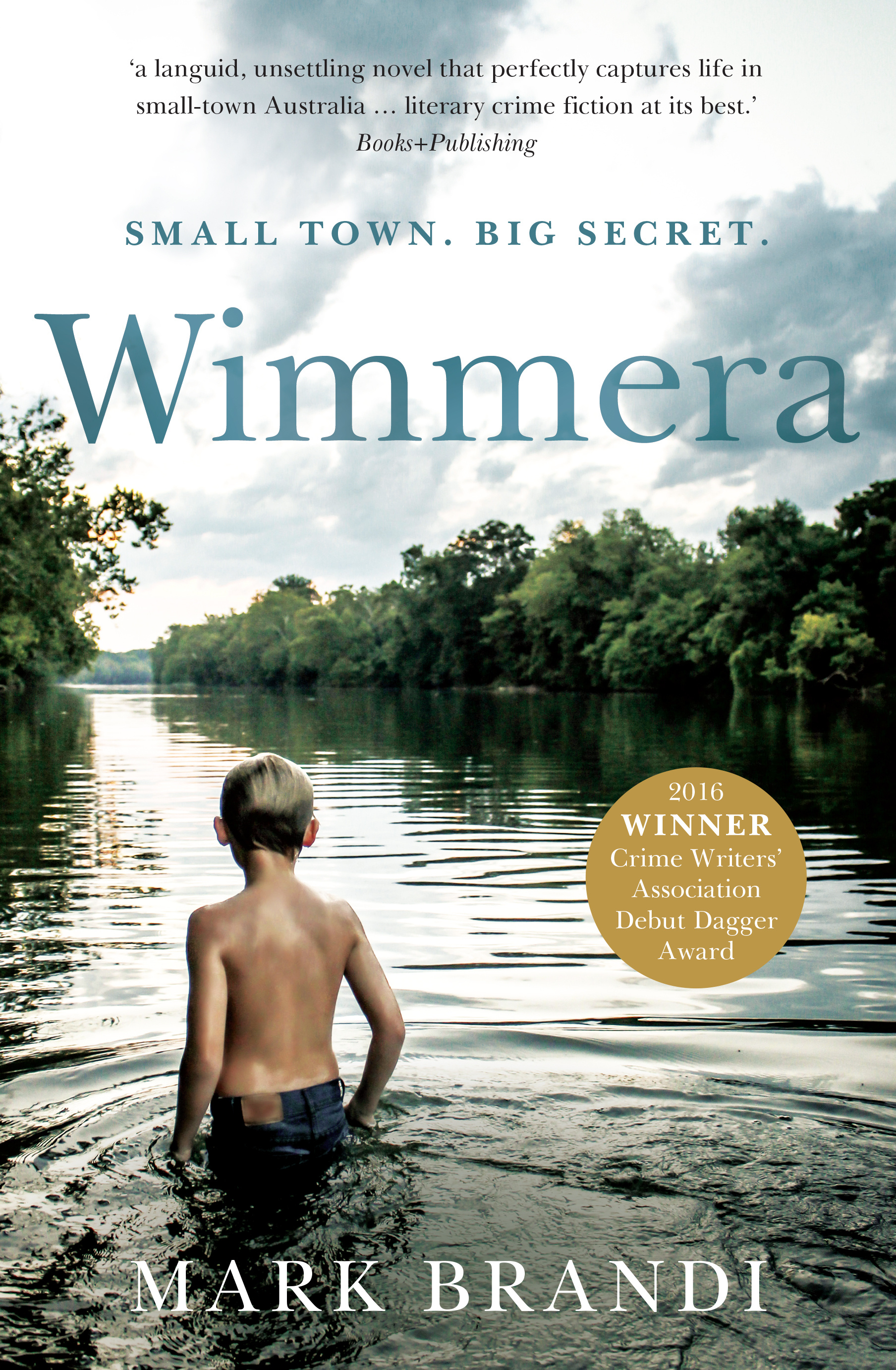 When asked how long it took to write Wimmera, I usually say about two years. And that’s true (on one level), but it isn’t the whole story. The roots of this novel go much deeper, back some thirty years earlier, to my childhood.

I was born in Italy, but my parents first settled in the Wimmera region of northwestern Victoria, where they ran a pub.

As the only Italian family in town, I copped my fair share of abuse in the schoolyard. Desperate for acceptance, I observed my schoolmates closely – their conversations, mannerisms and interactions. I was determined to discover some unknown insight which, I’d imagined, might show me what I was doing wrong.

But that didn’t eventuate. Instead, I noticed how particular gestures often belied what was being said – a person’s posture, hesitation in speech, or subtle shifts in tone – all of these things often showed more than the surface of a conversation.

This keen interest in observing others helped me find acceptance, but it also became a habit. And, more recently, it’s been vital to my writing.

Looking back, I can also see how growing up in a pub proved a catalyst for Wimmera. Back then, the major employer in town was a gold mine, so there were often itinerant miners who stayed in the pub while working underground. Those men were typically tough, hard-drinking loners, with precious little to offer about their past.

In small towns, where everyone is known to some degree (or thought to be known), these miners held a peculiar mystique. As a child, I often sensed (or imagined) some vague menace – they were lone wolves, unlikely ever to be seen again, and therefore unbound by the strictures of country life.

When writing some of the more sinister elements of Wimmera, I drew heavily on that experience.

But my later professional career would also prove crucial. Having moved to the city, I studied criminal justice and became heavily involved in developing government policy. It was there that I gained an intimate knowledge of the prison system, its inmates and (most relevantly) the darker side of humanity.

So, just a few years ago, when I began writing seriously, these seemingly distinct fragments – the schoolyard, the pub and my career – finally seemed to connect. Through Wimmera, I was able to weave those threads into something cohesive and meaningful.

But, with such hindsight, I can see that I wasn’t just trying to tell a story – I was seeking to make sense of my past, perhaps to discover some kind of truth. And with Wimmera now out in the world, it’s gratifying to see readers also connecting with the novel and its characters.

In hearing their reactions, often deeply insightful, I’ve come to realise something: in writing this novel, my job wasn’t to come up with all the answers – instead, it was to ask the right questions.

So now, it’s up to the readers to respond. They’re the ones who might, if they dare, find some truth in the pages of Wimmera.

Mark Brandi is the winner of the 2016 UK Crime Writers' Association Debut Dagger for his first novel, WIMMERA.