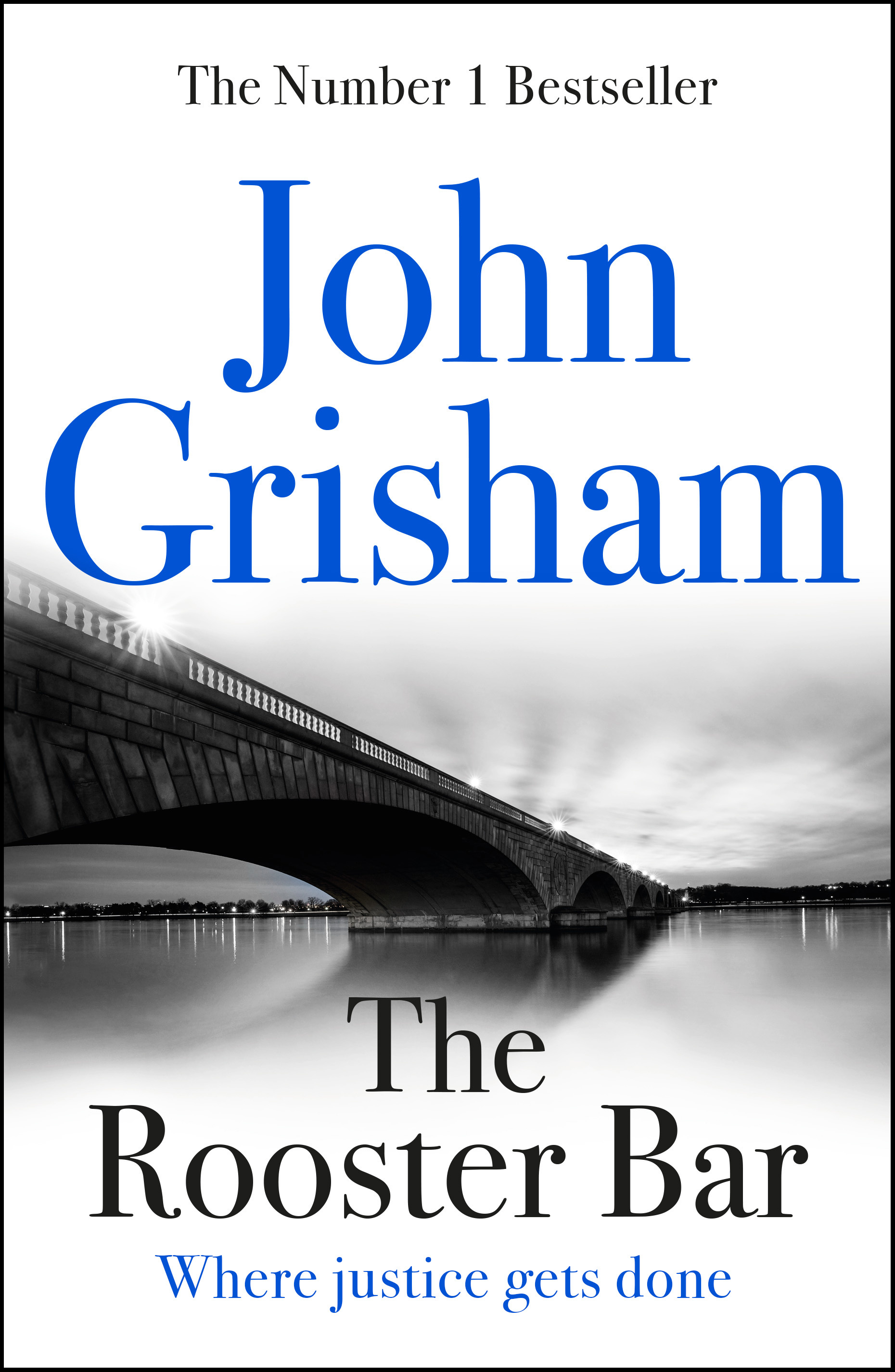 John Grisham is back (for the second time this year!) with The Rooster Bar. As we keep telling you, The Rooster Bar is where real law gets done. But just what exactly is it?

The Rooster Bar is at the centre of the action for Grisham’s latest legal thriller; it’s where the protagonists meet to drown their sorrows.

Mark, Todd and Zola are third-year law students who once dreamed of changing the world. Now? They’re drowning in debt to a chain college owned by a shady New York hedge-fund operator who also owns a bank specialising in student loans. Coincidence?

When they realise they’ve been completely duped, they put a plan into action to see justice get done.

Timely, no? You could say that student debt is more prevalent an issue in the United States, (there’s about 1.3 trillion dollars of it) but this still hits very close to home. After all, this is the age of smashed avocados and we’re just living in it.

My earliest Grisham memory is watching The Rainmaker on my Dad’s couch, specifically noticing that 1990’s Matt Damon is kinda hot, (Nowadays he’s kinda smug, also I want my (Dad’s) money back for Ocean’ 12, man! The Rainmaker was the first of many Grisham movies we would watch together, and I absolutely treasure those times and these stories. The Firm, Runaway Jury, A Time to Kill — these movies are amazing nuggets of 1990’s goodness.

What makes The Rooster Bar so compelling is that just like all the best Grishams, it appeals to our personal sense of justice. For nearly 30 years he’s been telling stories of the every man’s or woman’s struggle against injustice, the personal cost of righting a grave or deeply personal wrong.

Now more than ever, I truly believe that these kind of stories are important. They can be an oasis from the drudgery of the everyday, as well as an inspiration and a call to (class) action.