Keep children entertained and engaged in learning activities at home with these fun book-based teachers resources! 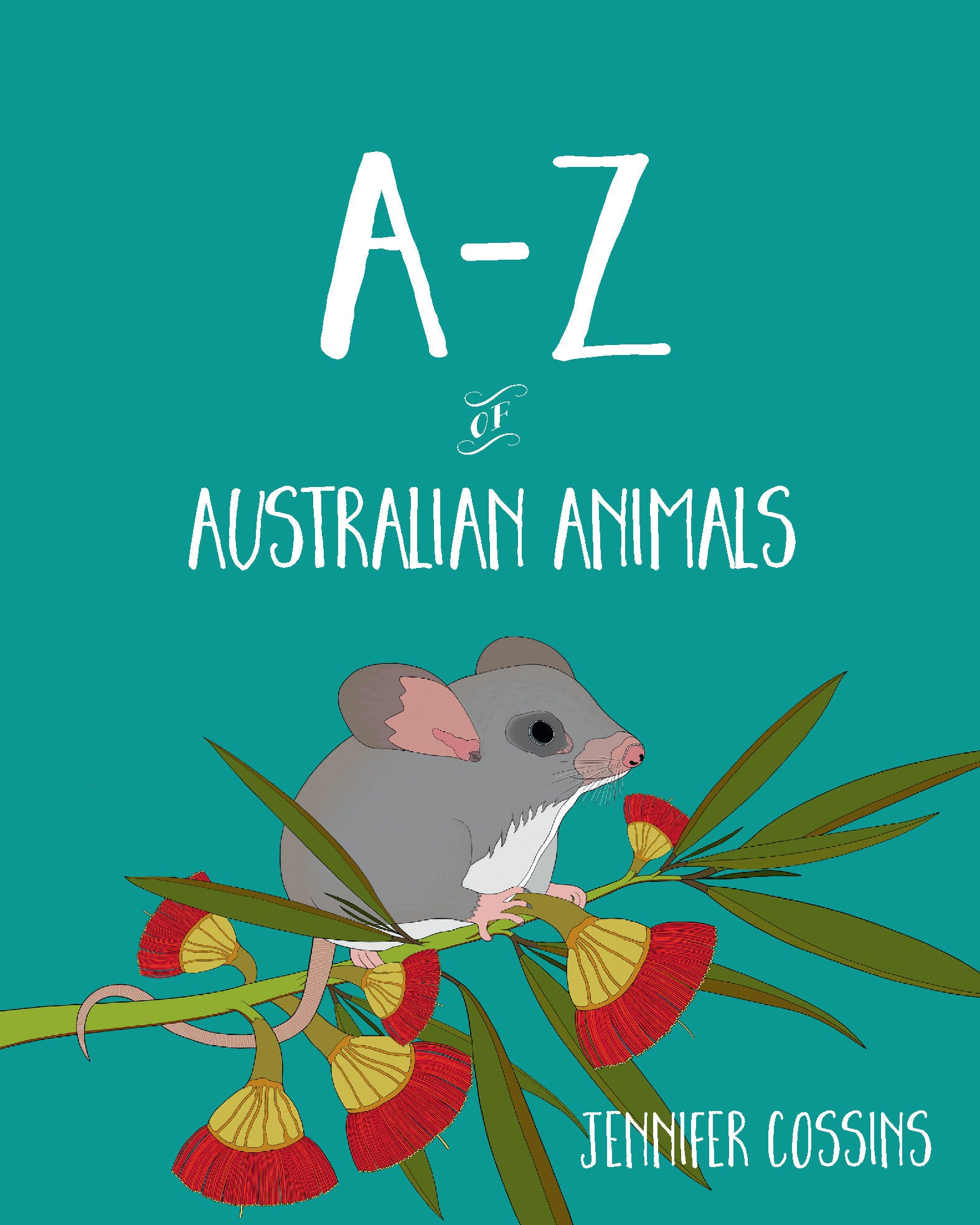 On this expedition through the alphabet, you will encounter some of the Australia's rare and enchanting animals, from the gorgeous azure kingfisher and the sleepy koala, to the shy numbat and the friendly zebra finch. 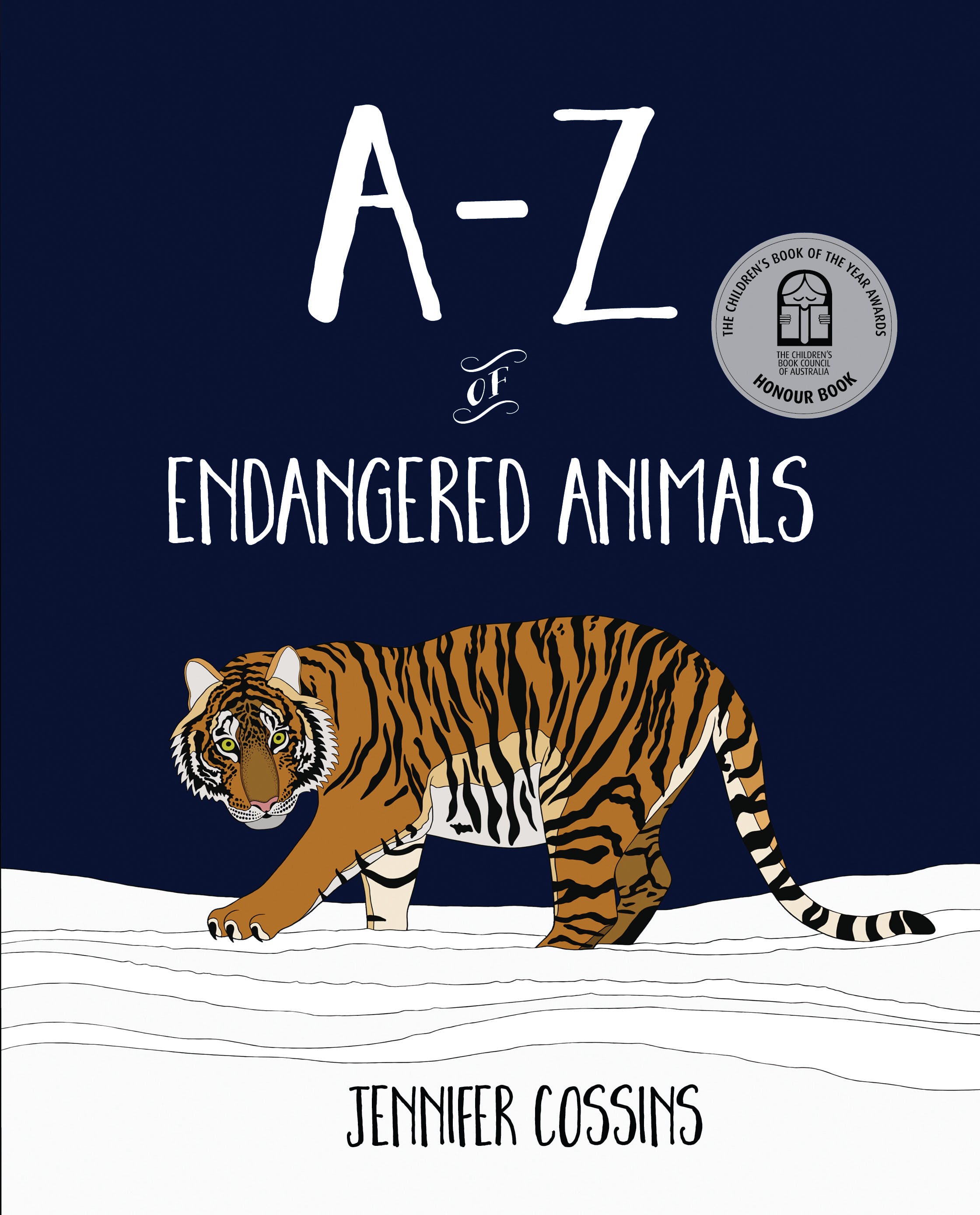 On this journey through the alphabet, you will encounter some of the world's most beautiful, rare and endangered animals, from the majestic Amur tiger and the curious kakapo, to the misunderstood Tasmanian devil and the shy zebra duiker. Teenager Stella Miles Franklin has to work to help support her family. Stella is unhappy in her job and longs for the freedom and excitement of city life. While working, she meets a young orphan girl, Imp, who is almost as feisty as Stella herself, and who spurs the older girl to follow her dreams. A PLANET FULL OF PLASTIC by Neal Layton

Our world is drowning in plastic, and it's a big problem. Award-winning author-illustrator Neal Layton is here to explain where plastic comes from, why it doesn't biodegrade, and why that's dangerous for animals and humans alike. But he's also FULL of ideas for how you can help! From giving up straws in juice cartons to recycling all we can and taking part in a beach clean, A PLANET FULL OF PLASTIC will get young readers excited about how they can make a difference to keep Planet Earth happy.

Download the A PLANET FULL OF PLASTIC teachers resources

Download the A PLANET FULL OF PLASTIC activity pack

Cicada works in an office, dutifully toiling day after day for unappreciative bosses and being bullied by his coworkers. But one day, cicada goes to the roof of the building, and something truly extraordinary happens ...

A story for anyone who has ever felt unappreciated, overlooked or overworked, from Australia's most acclaimed picture book creator. 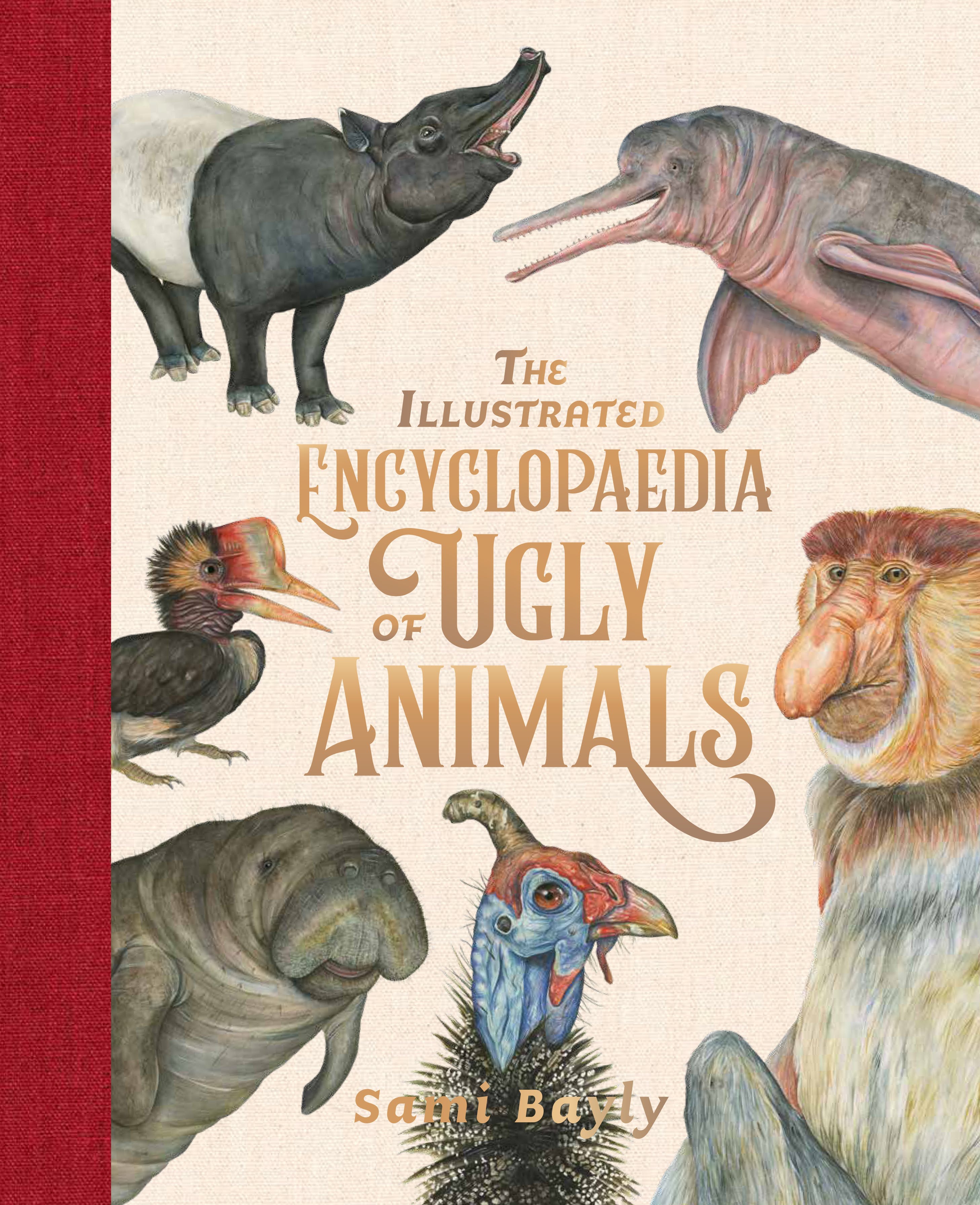 THE ILLUSTRATED ENCYCLOPAEDIA OF UGLY ANIMALS by Sami Bayly

With more than sixty ugly animals to explore, this compendium of the unusual celebrates the beauty in 'ugliness'. Children and adults alike will pore over the breathtaking scientific illustrations of unusual animals, debating their relative ugliness and merits, learning about science and nature along the way.

Featuring illustrations and facts about the thorniest species the animal kingdom has to offer, from the naked mole rat to the goblin shark, aye-aye, sphinx cat, blobfish and many more 'ugly' beauties.

Download the THE ILLUSTRATED ENCYCLOPAEDIA OF UGLY ANIMALS teachers resources 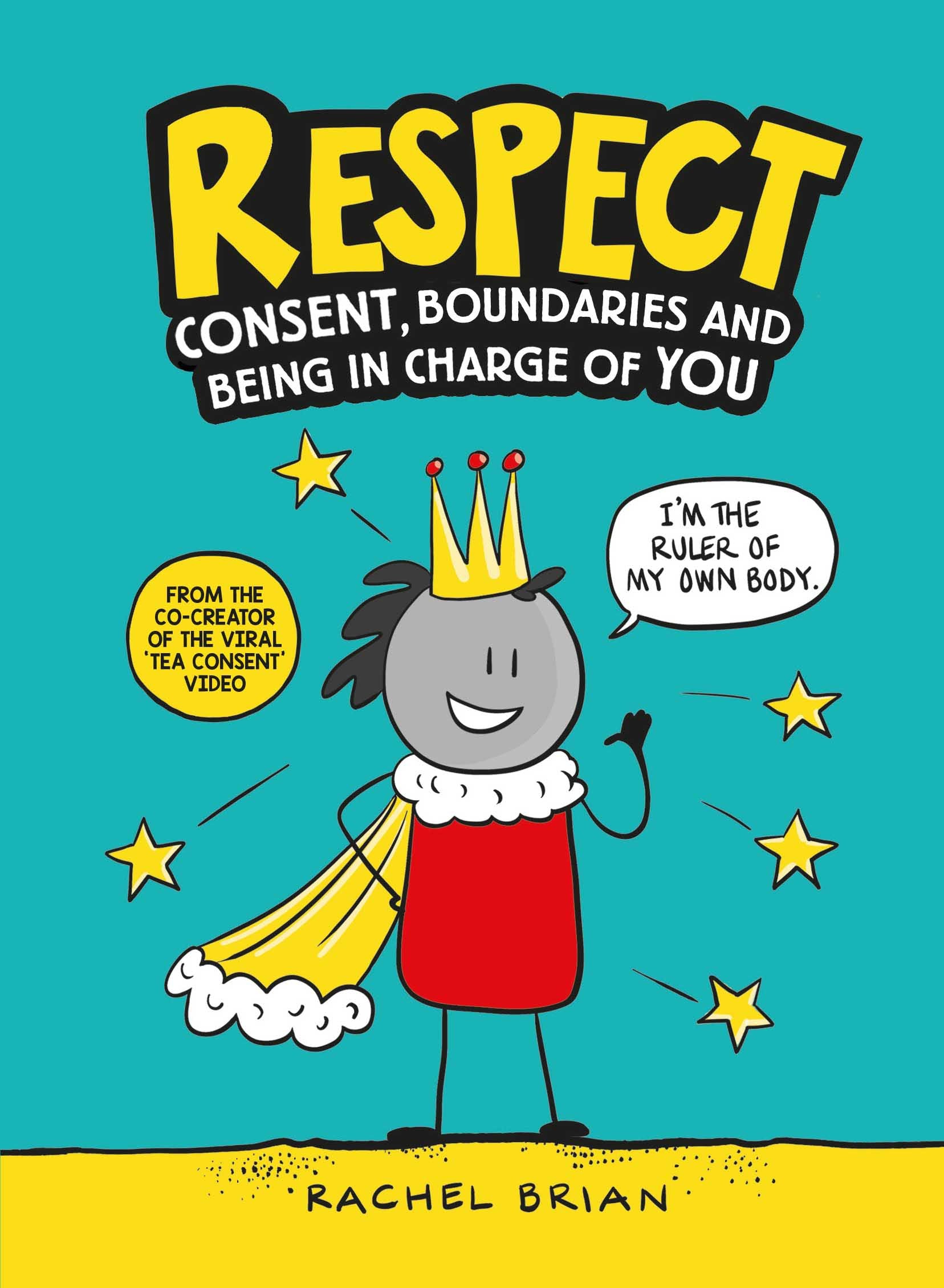 Your body belongs to you and you get to set your own rules, so that you may have boundaries for different people and sometimes they might change. Like when you hi-five your friends and kiss your kitten, but not the other way round!

But consent doesn't need to be confusing. From setting boundaries, to reflecting on your own behaviour and learning how to be an awesome bystander, this book will have you feeling confident, respected, and 100% in charge of yourself and your body 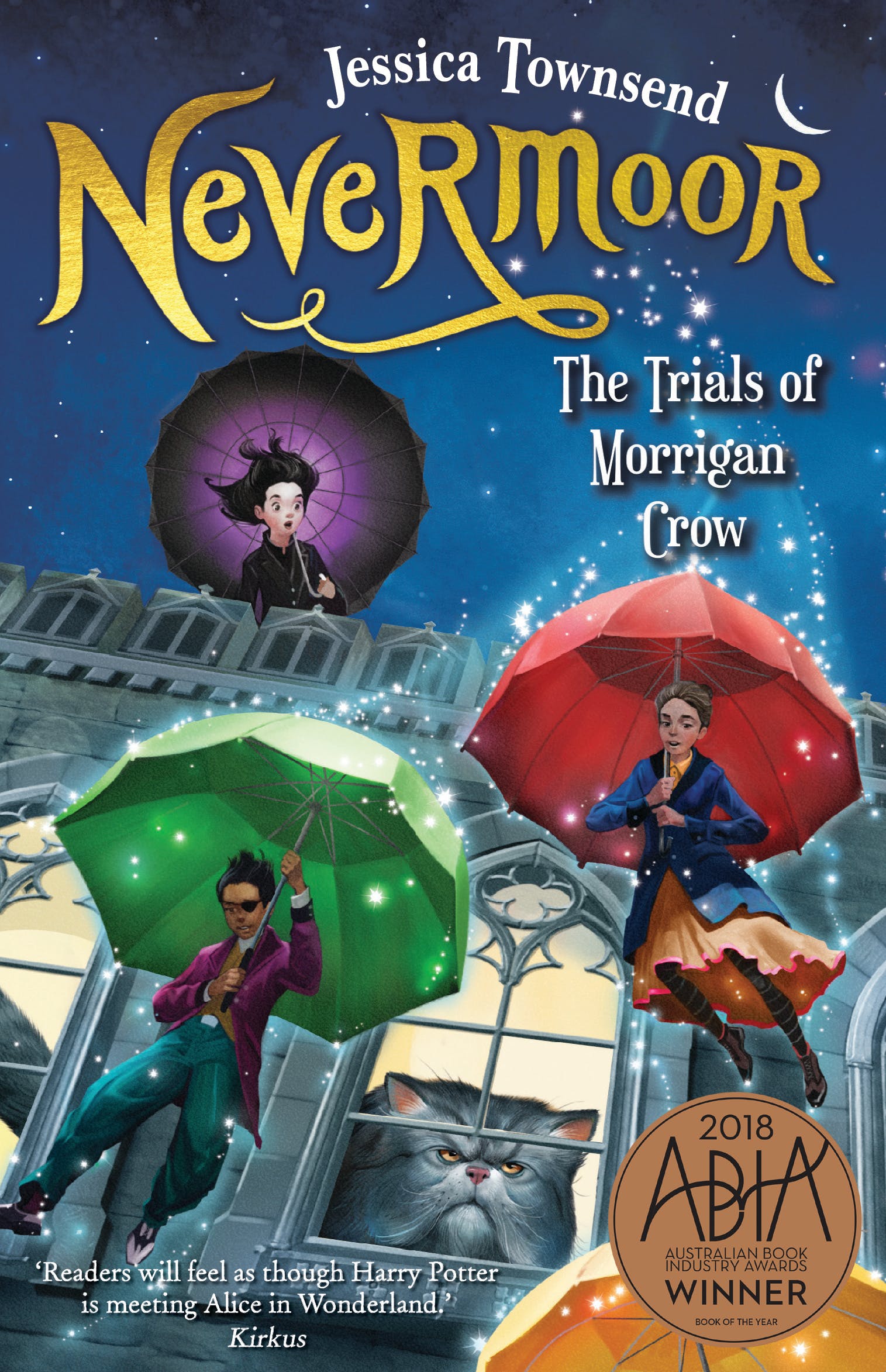 Morrigan Crow is cursed. Born on an unlucky day, she is blamed for all local misfortunes, from hailstorms to heart attacks - and, worst of all, the curse means that Morrigan is doomed to die at midnight on Eventide.

But as Morrigan awaits her fate, a strange and remarkable man named Jupiter North appears. Chased by black-smoke hounds and shadowy hunters on horseback, he whisks her away into the safety of a secret, magical city called Nevermoor.

It's there that Morrigan discovers Jupiter has chosen her to contend for a place in the city's most prestigious organisation: the Wundrous Society. In order to join, she must compete in four difficult and dangerous trials against hundreds of other children, each boasting an extraordinary talent that sets them apart. Except for Morrigan, who doesn't seem to have any special talent at all.

To stay in the safety of Nevermoor for good, Morrigan will need to find a way to pass the tests - or she'll have to leave the city to confront her deadly fate. 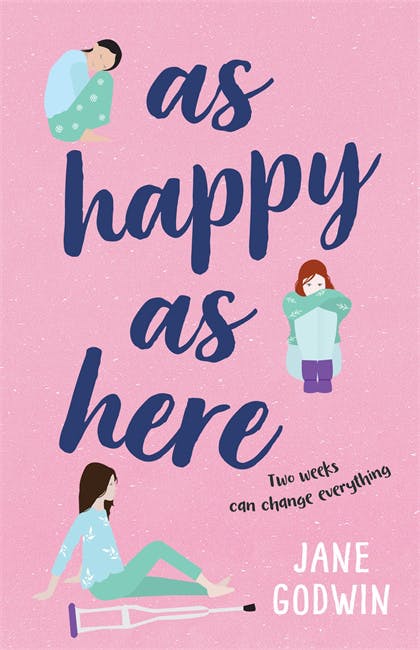 AS HAPPY AS HERE by Jane Godwin

Three teenage girls from very different backgrounds find themselves sharing a hospital ward. When they witness a crime in the park below their window, they bond over trying to solve the crime and each one undergoes a profound change.

A beautiful coming-of-age story about identity, expectation, class, justice, society, fairness, and, above all, kindness.

THE BONE SPARROW by Zana Fraillon

Sometimes, at night, the dirt outside turns into a beautiful ocean. As red as the sun and as deep as the sky. I lie in my bed, Queeny's feet pushing up against my cheek, and listen to the waves lapping at the tent.

Subhi is a refugee. Born in an Australian permanent detention centre after his mother fled the violence of a distant homeland, life behind the fences is all he has ever known. But as he grows, his imagination gets bigger too, until it is bursting at the limits of his world. The Night Sea brings him gifts, the faraway whales sing to him, and the birds tell their stories.

The most vivid story of all, however, is the one that arrives one night in the form of Jimmie, a scruffy, impatient girl who appears from the other side of the wires, and brings a notebook written by the mother she lost. Unable to read it, she relies on Subhi to unravel her own family's love songs and tragedies.

Subhi and Jimmie might both find a way to freedom, as their tales unfold. But not until each of them has been braver than ever before. 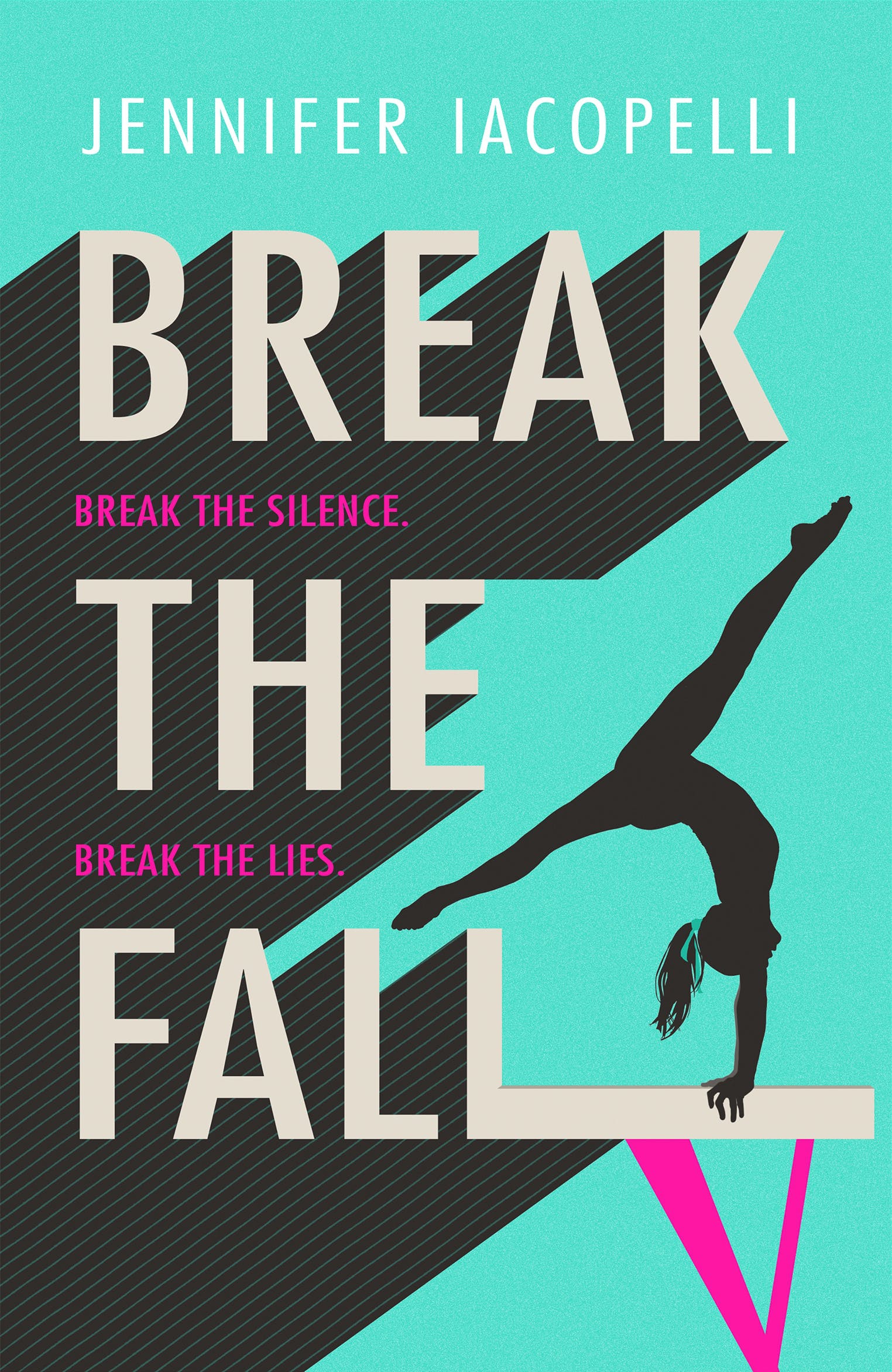 BREAK THE FALL by Jennifer Iacopelli

The only thing seventeen-year-old Audrey Lee dreams about is swinging her way to Olympic glory. Nothing is going to stop her, not even the agony in her back. Every spasm and ache will be worth it once she has that gold medal around her neck.

But none of her training prepares her for her coach being led away in handcuffs, accused by a fellow gymnast of the unthinkable. No one knows what, or who to believe and Audrey's teammates go into meltdown.

As the Olympic torch closes in, Audrey has no idea who to trust, let alone what life holds after her final dismount. The only thing she can do is hope that in the end, belief in herself and what's left of her team, will be enough for gold. 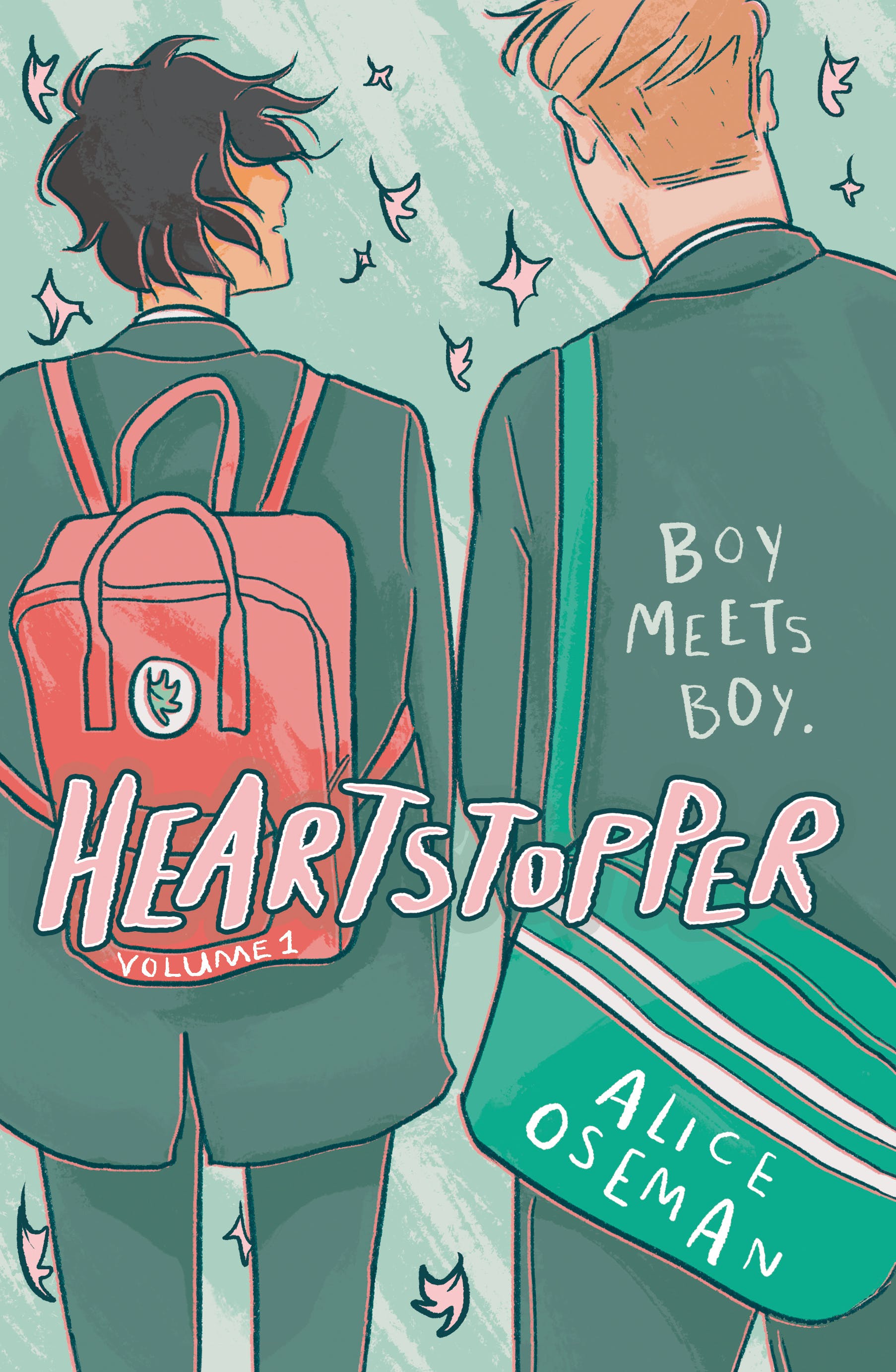 Charlie and Nick are at the same school, but they've never met ... until one day when they're made to sit together. They quickly become friends, and soon Charlie is falling hard for Nick, even though he doesn't think he has a chance.

But love works in surprising ways, and Nick is more interested in Charlie than either of them realised.

HEARTSTOPPER is about love, friendship, loyalty and mental illness. It encompasses all the small stories of Nick and Charlie's lives that together make up something larger, which speaks to all of us. 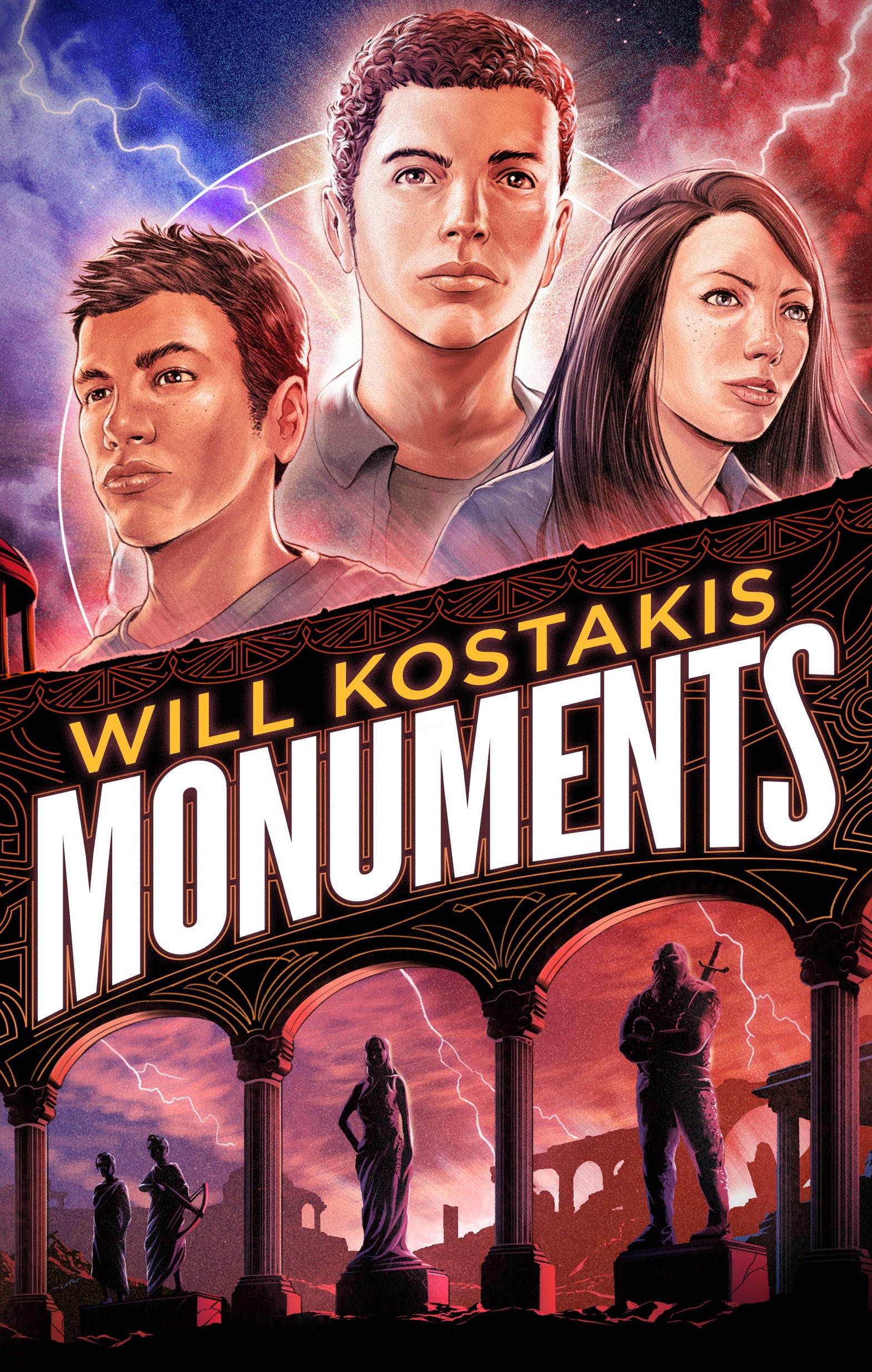 All 16-year-old Connor is trying to do is avoid his ex-best friend when he stumbles upon a trapdoor to a secret chamber under his school. But when Sally Rodgers breaks into the same secret chamber looking for an ancient being, things take an unexpected turn … and Connor's life will never be the same again.

Along with the mysterious Sally and, later on, his new friend Locky, Connor discovers the Monuments - gods who have been buried for generations - who created the world and hid themselves away from humanity to keep everyone safe. But now they're exposed and vulnerable, and Connor isn't sure who, himself included, can be trusted with the knowledge and the power these gods have. 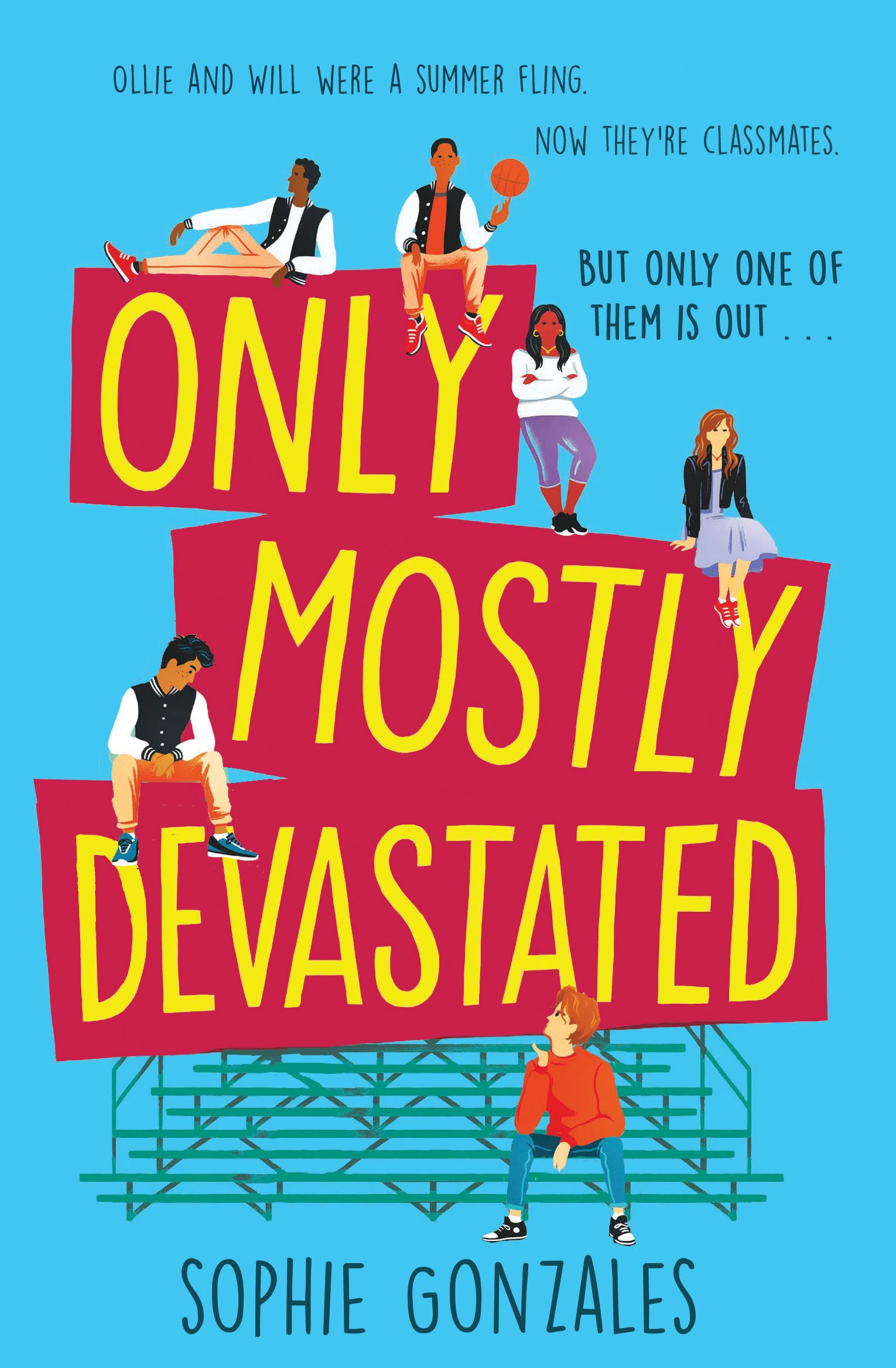 ONLY MOSTLY DEVASTATED by Sophie Gonzales

When Ollie meets Will over the summer break, he thinks he's found his Happily Ever After. But once summer's ended, Will stops texting him back, and Ollie finds himself short of his fairy-tale ending.

A family emergency sees Ollie uprooted and enrolled at a new school across the country - Will's school - and Ollie finds that the sweet, affectionate and comfortably queer guy he knew from summer isn't the same one attending Collinswood High. This Will is a class clown, a basketball jock and, well, a bit of a jerk.

Ollie isn't going to pine after a guy who isn't ready for a relationship. But as school life repeatedly throws them together, from music class to the lunch table, Ollie finds his resolve weakening. With the noisy drama of their friends as the backdrop - from ambitious Juliette and frosty Lara, to big-hearted Darnell and king-jock Matt - Ollie has a decision to make.

The last time he gave Will his heart, Will handed it back to him trampled and battered. Ollie would have to be an idiot to trust him with it again. Right?

Many of us are celebrating Book Week in isolation this year, but fear not! There's plenty of book-inspired crafts and activities for the kids to enjoy from home.

Enjoy some of our book-based activity sheets these school holidays!

Learning resources for educators and parents

Anna Morgan, author of Before the Beginning and All That Impossible Space takes five minutes to chat with us about her new book and the moment inspiration hit.

Warm your heart with these LGBT romances

With the weather getting colder by the day, we have pulled together a list the cutest LGBT romances to warm your heart this autumn. WARNING: May cause overheating.